The largest collection of lightning rods in the world numbers over 100 pieces. Some date back to the early 19th century when lightning rods were viewed not just as utilitarian, but decorative. The collection doesn’t belong to an antiques dealer, historian or hoarder. It belongs to one of the most powerful individuals in Hollywood: AMC Networks CEO Josh Sapan.

“I find vintage and antique lightning rods an intriguing sort of industrial art,” Sapan explained. “They are decorative with some of the characteristics of weather vanes. I think the marriage of utility and beauty in lightning rods is unique and wonderfully appealing.”

Sapan’s appreciation goes much further than aesthetics—where most would simply see rusty pieces of metal, he sees a story. “The history of lightning rods is quintessentially American. The parts were manufactured by different companies and itinerant sales people sold them from their wagons ‘farm to farm’ in an early version of the traveling salesman.”

The collection perfectly illuminates Sapan’s uncanny ability to see what was, what is and what could be. Fortunately for television viewers, this sense of vision has enabled him to become one of the leading innovators in a rapidly-changing media landscape.

Josh Sapan grew up in Brooklyn and Queens before his family settled down in Great Neck. His love of film started at an early age that included days spent with Clint Eastwood in a Manhattan cinema. “It was four movies for the price of less than one…I got to spend about eight or nine hours in a movie theater in Times Square for about four bucks.”

But it was more than just enjoying cinematic classics, it was the experience of walking into a darkened room, being immersed in a film and coming out a different person. “There is a great song by Louden Wainwright III, ‘Movies are a Mother to Me.’ It is about the experience of sitting in a movie theater and what movies do…I always had a particular affection for that. There is something unusual about the immersion that occurs when one watches a movie in a darkened theater. It is both a solitary and shared experience that eliminates distraction. I find it allows me to get deeper into the movie and be transported more completely into the world of the movie.”

In college, Sapan did all he could to bring that experience to others, touring college campuses around the country in a makeshift mobile movie theater: his car. “We had 16mm projectors and we would set them up and show movies in Midwestern towns.”

After graduating, he transitioned into television production, where he has become an industry trailblazer. He began by spearheading the development of the Bravo network, guiding the creation of hit shows like Inside the Actors Studio and Queer Eye for the Straight Guy. In 1995, he was named CEO of AMC Networks. The business includes several cable channels, including IFC and AMC, the latter of which is where Sapan’s transformative impact may be most notable. What was once home to classic movies made mostly in the first half of the 20th century has become a beacon of groundbreaking and pioneering original content—a lightning rod, if you will. Under Sapan’s steerage, AMC has produced award-winning shows like Mad Men, Breaking Bad and The Walking Dead—widely considered some of the best television shows of all time.

At AMC, his appreciation for the classic films he grew up watching did not hogtie him. Instead, he focused on making the company a conduit between the past and present. “Great storytelling is timeless. Classic films inform and shape movies and TV shows that are being made today. Frank Capra and Francis Ford Coppola share much with [Breaking Bad creator] Vince Gilligan although they worked half a century apart and primarily for larger or smaller screens.”

A bit of happenstance would bring Sapan face-to-face with an opportunity to get involved in big-screen storytelling. While catching the ferry to his house on Shelter Island, he often found himself in picturesque Greenport. “There was the movie theater there, I thought it was beautiful. I just had a particular affection for the building. I don’t think it was for sale at the time, but I found the owner and I was able to buy it.” 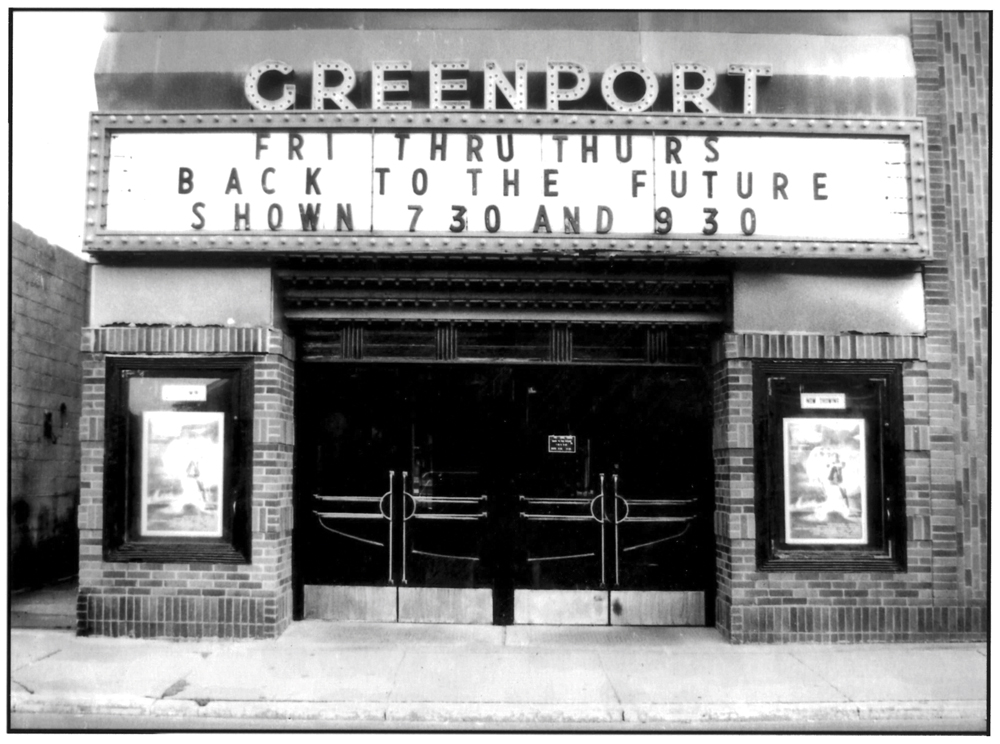 The Greenport Theatre opened in 1939 as an Art Deco gem. After purchasing it in 2004, Sapan quickly eschewed the idea of turning it into a modern-day theater. “It was the appreciation for the architecture and the fact that although it had been altered once from its original design, it had been done in a way that I thought was reasonably sympathetic. It had a lot of those bones still intact.”

Sapan enlisted his brother-in-law’s architecture firm, Foley Fiore, to helm the renovations, which took place in two phases during the winters of 2005 and 2006. “We did a fair amount of renovation to it and we attempted to restore and keep the elements of it that were historically or architecturally rich,” said architect Paul Fiore. “Josh trusted us. He loves the process. He is a great partner in design because he will throw out some idea and it will be weird and funky and I will see if I can figure something out…A lot of the concepts came from him.”

One of those concepts coming to the forefront is turning the Greenport Theatre into not just a movie house but a cultural hub that celebrates art in all mediums. “Arts and culture and film are an important part of community and an important part of what people do with their time, how they develop, how they communicate. I think that [cultural centers] make the fabric of life in a town richer,” Sapan said. “We’ve been off to the races trying to make it more of a multi-discipline place where expressions of art happen.”

Last summer, the theater hosted the premieres of 25 short films produced by more than 50 actors and directors participating in the Manhattan Film Institute’s North Fork Summer Workshop. This past fall, it played host to the North Fork Television Festival and showcased the nature photography of Sag Harbor’s Scott Farrell in its newly established lobby art gallery. The exhibit was part of Greenport Theatre’s new curatorial partnership with East End Arts.

Where most people would see a simple movie theater, Josh Sapan sees the future. “There is room for the darkened theaters of the past to live happily with the proliferation of powerful computers in the pockets of millions and billions of people…It would be nice if [the Greenport Theatre] continues to develop as a place that brings in and brings alive different sorts of art. And it doesn’t need to be art in the remote form that is art. It can be art that’s accessible to everyone in whatever form it is.”