No trip to the Crescent City would be complete without sampling classic Cajun and Creole specialties—be it turtle soup au sherry at the upscale Commander’s Palace or a plate of red beans, rice and sausage at the lively diner Majoria’s Commerce. But some of the most exciting tables in town are going beyond the city’s already diverse mélange of culinary traditions. Just as Italian, French, African and Portuguese flavors made their way into 19th century kitchens, more recent immigrants are using local ingredients to create international flavors, and with delicious results. By all means, have a beignet while you’re in town for Mardi Gras, but save room for feasting around the world. 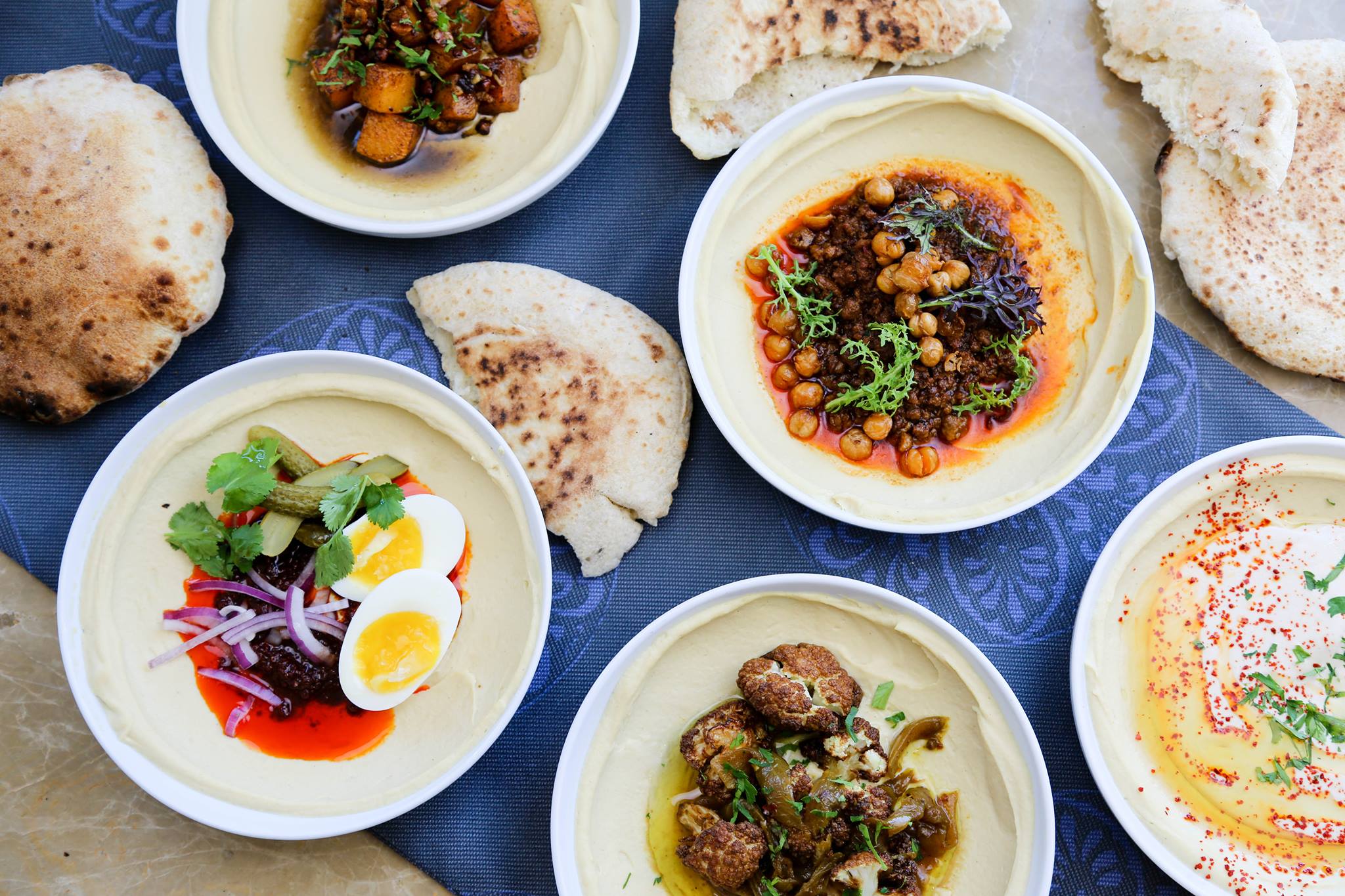 The king cake at Shaya uses babka, a dough beloved by Israeli bakers, to create a unique take on a New Orleans classic. More often, however, the menu at Alon Shaya’s James Beard award-winning restaurant looks to Louisiana’s larder to craft its seasonal and contemporary Israeli dishes. Start the meal with an array of small plates or salatim including local-yogurt labneh, baba ghanoush and Brussels sprouts roasted in the wood oven and served with black harissa, tahini and pickled onions. Share a dish of creamy hummus topped with curried cauliflower or try the kibbeh nayeh made with Louisiana beef tartare, bulgur, walnuts and Yemenite flatbread. Large plates include a market fish with turmeric, ginger, spring onions and black lentils. Address: 4213 Magazine Street | Phone: 504-891-4213 Click to go 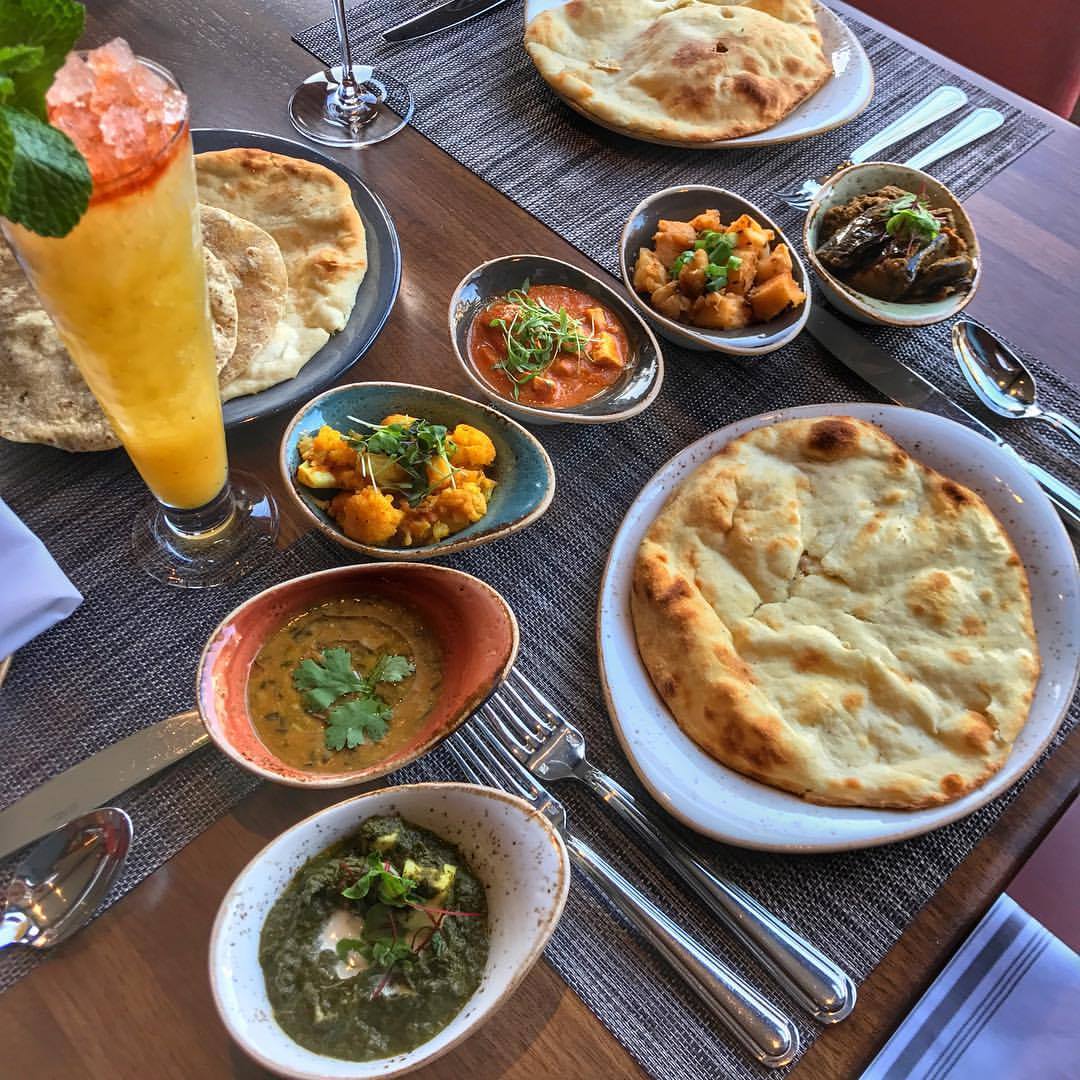 What started out as a weekly pop-up in the kitchen of a longtime catering operation is now a full-time restaurant run by chef Arvinder Vikhu and his family. Named 2017 Restaurant of the Year by New Orleans Magazine and Eater New Orleans, Saffron Nola pairs Indian ingredients with local bounty to create new takes on New Orleans dishes (curried seafood gumbo, roasted oysters with garlic, ginger and naan). It also adds a taste of Nola to Indian specialties (spice-crusted Gulf fish with curd rice, korma sauce and mango pickle). Cocktails like the Indo-French Tea Party, which combines cognac, chai, lemon and fennel with champagne, are a potable pairing of both cuisines. Address: 4128 Magazine Street | Phone: 504-323-2626 Click to go

Chef Nina Compton brings flavors from her childhood in St. Lucia to her popular Warehouse District restaurant. Compton’s classical French training and years of experience with Italian cuisine are also evident on her seemingly simple menu. Black drum, a mildly sweet Gulf fish that has become popular among chefs because it preys on oysters, is served jerk-style with sunchokes and radishes; scialatielli, a short, thick fettuccine that originated in coastal Italy, comes with clams, shrimp and cauliflower; a side of semolina gnocchi is spiked with Creole spices and collards. Address: 535 Tchoupitoulas St. | Phone: 504-599-2119 Click to go 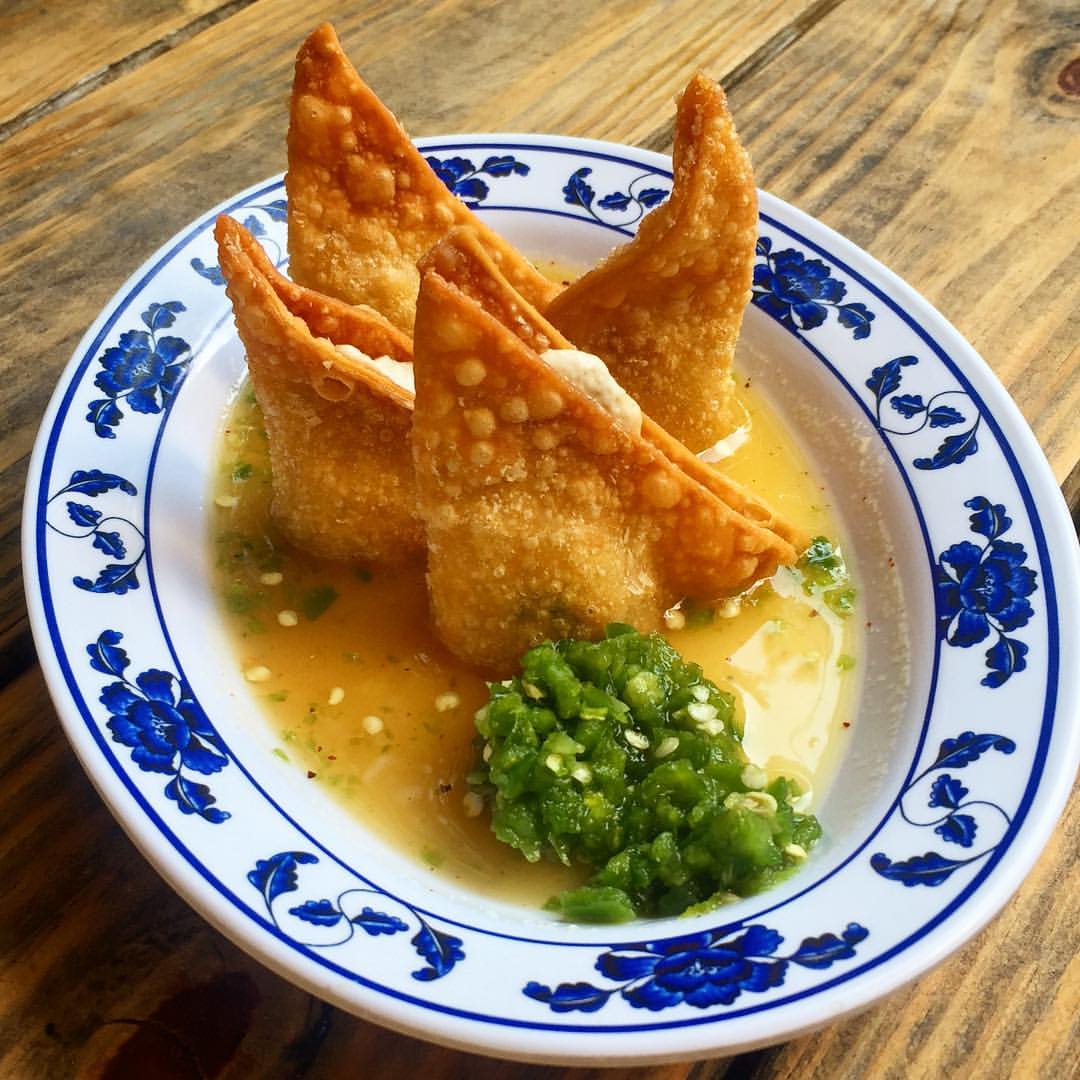 If you’re the sort of traveler who always craves a taste of home, Red’s Chinese will take care of any cravings for Chinese-American fare. But its lagniappe of local flavor is unique to this gem. In an irresistible twist on a Chinese-American classic, Nola native Allen Young combines the holy trinity of onions, celery and green pepper with rice cakes, garlic, chilies and brisket to make kung pao pastrami. General’s chicken eschews the neon orange sauce in favor of a bourbon and soy concoction, and it’s deep fried on the bone. Local ingredients turn up in a plate of grandmas pickles, an appetizer of craw rangoons and other daily specials. Address: 3048 St. Claude Avenue | Phone: 504-304-6030 Click to go

The only thing that screams Nola more than a walking cocktail poboy to go, but the sandwiches at both Killer Poboys locations are worth sitting down for if visitors can find a seat. When Vietnamese immigrants came to New Orleans en masse in the mid 1970s, their banh mi on French bread were a natural counterpart to the local version stuffed with fried seafood, roast beef or cold cuts that originated in the Depression. The seared Gulf shrimp poboy is a happy marriage of both, complete with coriander lime spice, sriracha aioli, radish, cucumber and carrots. “Dark and stormy” pork belly is glazed with rum and ginger and topped with lime slaw and garlic aioli. Address: 219 Dauphine St. | Phone: 504-462-2731 Click to go