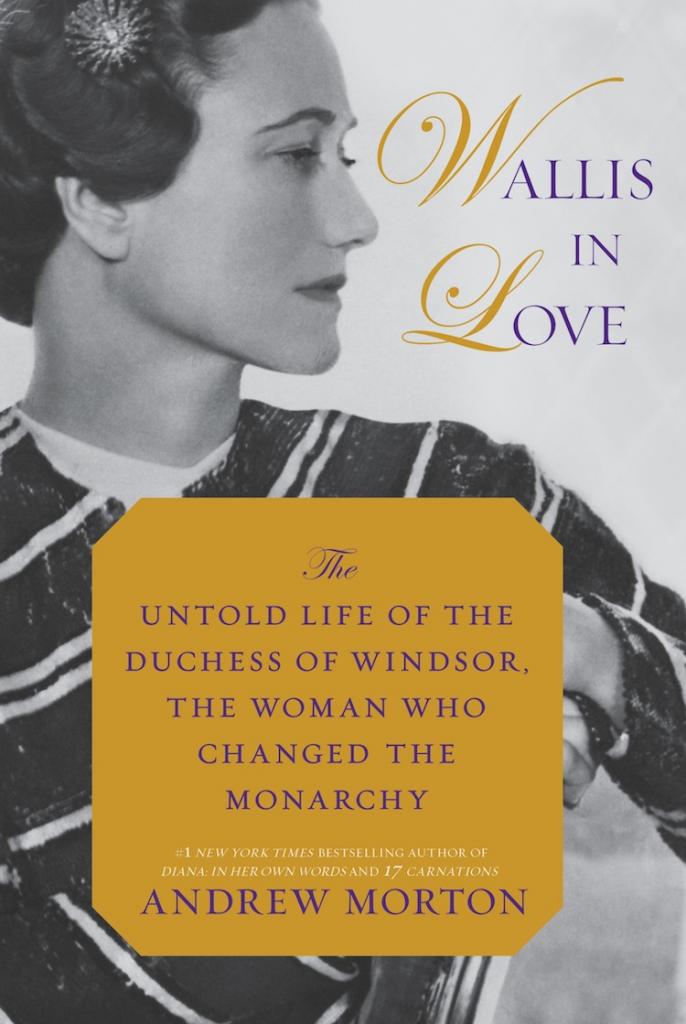 What would you give up to get what you want? Cigarettes for better health? Alcohol for a clearer mind, perhaps? A sedentary life for a better physique? TV for more family time? In the new book “Wallis in Love” by Andrew Morton, you’ll meet the woman whose love was worth giving up a kingdom.

Though raised without a father—he died of tuberculosis five months after her birth in 1896—Wallis Warfield was nonetheless quite spoiled by her mother and the strongest male figure in her life, her Uncle Sol, who was a man of means.

Uncle Sol was a “grumpy curmudgeon” but his money ensured that Wallis had plenty of toys, clothes and that she was educated at a fine girls’ school. It was there where she, as an adolescent, developed an irresistible need to be the “centre of attention” and an ability to shamelessly attract men.

Wallis, in fact, had many beaux, and more than one wanted to marry her. She was engaged to a banker’s son when she met her first husband, a Navy Captain. She left him a few years after their wedding and, though still married (“Divorce was only for the very rich or the very foolish,” writes Morton. “She was neither”), she had a “torrid” affair with the Argentinean counselor at the Washington Embassy. After he spurned her, Wallis headed for Shanghai to get her long-desired divorce, which she ultimately received just miles away from her hometown. Single and footloose, she then managed to ruin one union and attempted to destroy another.

Following her second marriage and a move to London, Morton writes that Wallis hated the British and everything about them, until she was able to settle in, feel more confident and “find her feet.” Back to her old self, she began to gain a reputation as a witty hostess. By then, Wallis Warfield Spencer Simpson had glimpsed the Prince of Wales, and she wrote her Aunt Bessie that she wanted to meet His Majesty. And so she began making friends whose friends would help her achieve that.

Dee-licious. That’s what you’ll find inside “Wallis in Love.” A deliciously scandalous history-meets-tabloid account with some intriguing facts for thought. Indeed, author Andrew Morton promises in his introduction that he will show how the Duchess of Windsor, whose name often carries a stigma, altered history “single-handed” and perhaps even saved the British people.

Before he does that, though, his book romps through bedrooms and persistent sexual rumors. It goes in and out of marriages and affairs with a host of others who affected and influenced Wallis and the times in which she lived. It’s an account that delightfully drips with gently snarky, pearl-clutching scandal, yet readers will be also charmed by vivid descriptions of 1920s and 1930s society and wealth.

Anyone who displays a fascination with royalty will relish this deep look at a turning point in British history. If that’s you, look for “Wallis in Love.” You won’t want to give it up.