Barbara Prey has come a long way since her days growing up in Manhasset. Now an internationally acclaimed artist, she is one of only two living female artists in the White House permanent collection. She was invited by President George W. Bush and the former First Lady to paint the official White House Christmas card in 2003. He later appointed her in 2008 to serve on the National Council on the Arts, the advisory body to the Chairman of the National Endowment for the Arts.

Aside from the White House, Prey’s paintings are located in several more of the nation’s most esteemed buildings, including the Brooklyn Museum, the Smithsonian American Art Museum and the Kennedy Space Center. Recently, she finished what is considered to be the world’s largest watercolor painting by a living American female artist—a commission for The Massachusetts Museum of Contemporary Art (MASS MoCA).

I caught up with Prey to find out more about her recent painting, what inspires her creativity and how it feels to be included in the White House permanent collection.

Related Content
Nicholas Baume Breaks Through to the Other Side 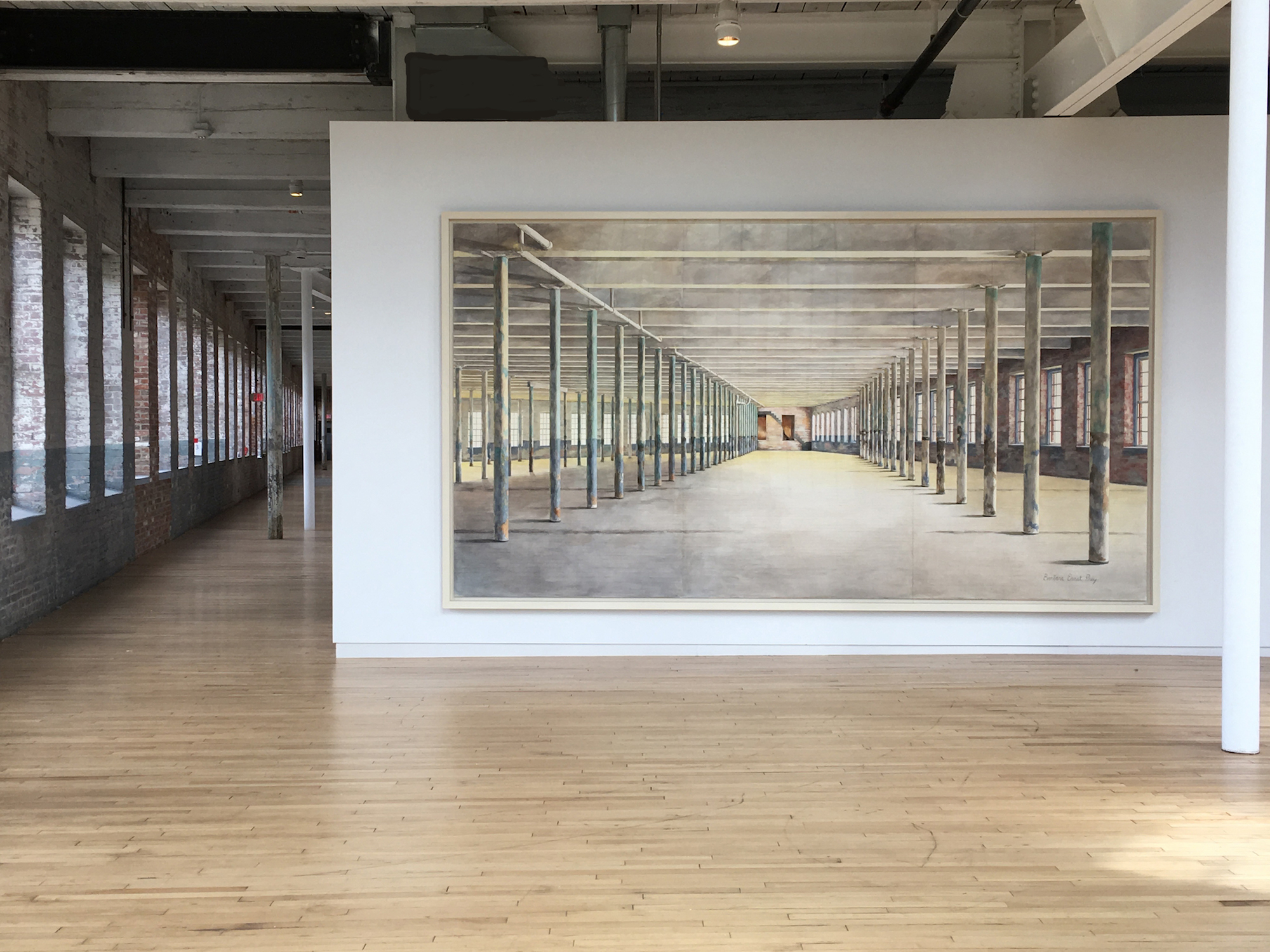 What inspired you to become a painter?
My mother was the head of the design department at Pratt Institute. I had the opportunity to have a wonderful studio in my home. My mother inspired me to be a painter and she would take me out East to go painting and all over Long Island. When I was growing up, she painted in oils and I chose watercolor so I wouldn’t have to compete with her because she was so good.

How did it feel to be invited by President George W. Bush and the First Lady to paint the White House Christmas card?
It is an honor as there is a very small group of American artists invited to do this.

Why did you choose to paint the Diplomatic Reception Room?
I did a number of studies during my various trips to The White House and I worked closely with the First Lady on the final painting for the card. I did spend time doing drawings of other possible painting ideas of the White House, but the First Lady and I decided that [the Diplomatic Reception Room] had not been done before. It is an important room as it is where the president greets all the arriving dignitaries. 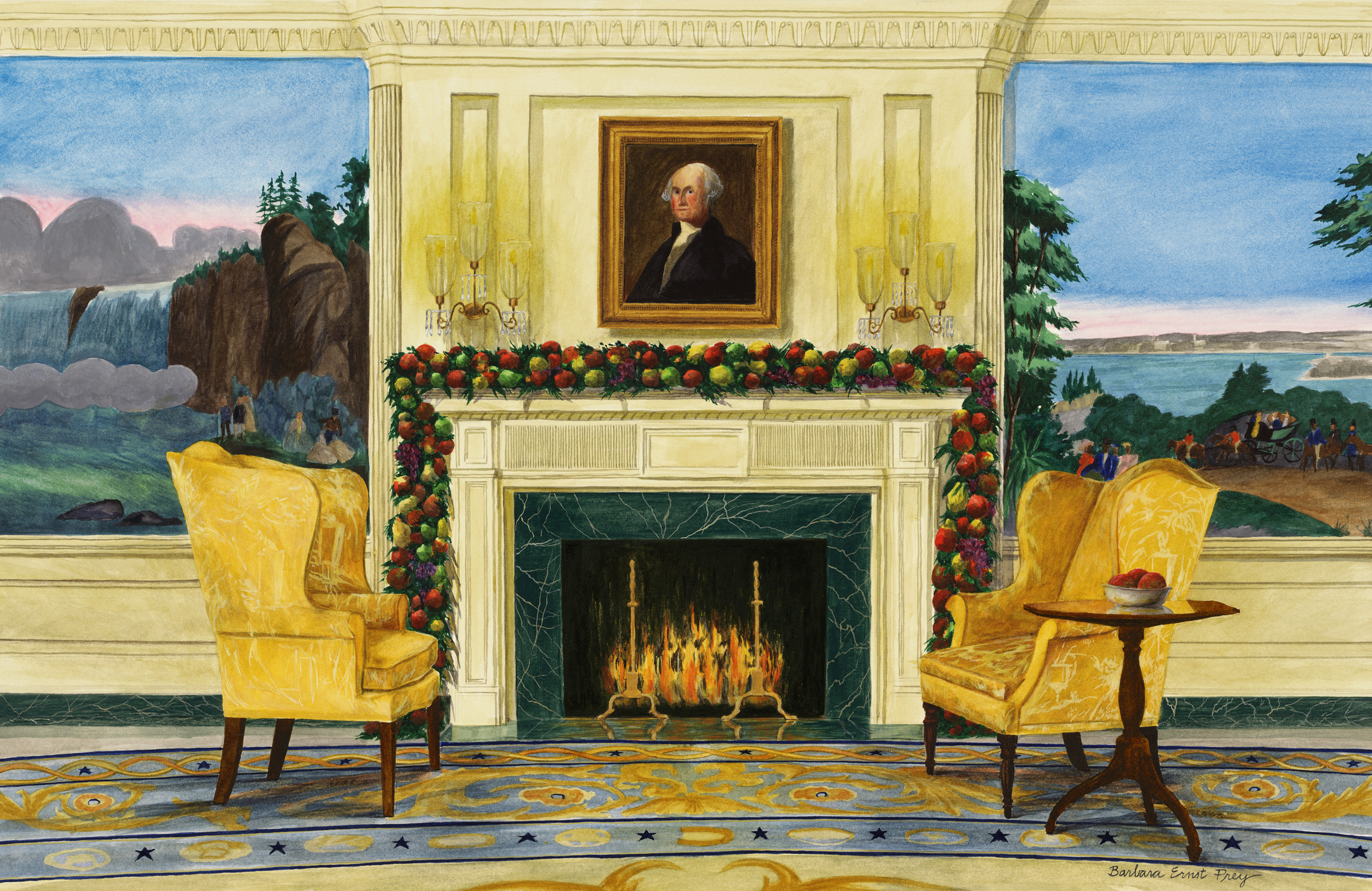 Tell me a little about the commission from MASS MoCA of the largest watercolor in the world. What did you set out to highlight?
MASS MoCA commissioned me to paint a monumental watercolor measuring 8’ x 15’ for their new Building 6. It took two years of planning and 40 watercolor studies. I’ve been painting in watercolor for over 45 years and this was an opportunity to open up new, innovative and groundbreaking possibilities with the watercolor medium on a monumental scale in American art. It is the largest watercolor painting by a living American female artist. I am included with a just a handful of artists—Robert Rauschenberg, Louise Bourgeois, James Turrell, Jenny Holzer and Laurie Anderson.

I wanted to capture the first-person experience of how the natural light flooded the raw, industrial architecture of the space. Memory, art history and abstract passages make up the final piece, which was all done by hand. I incorporated wood and paint chips I had collected prior to the space’s pre-renovation cleanup, as well as dust and dirt from the original building.

Where is your favorite place to paint and why?
I have painted all over the world, commissioned by NASA to paint shuttle launches and The International Space Station and painted at the White House. Each place is unique and inspires me. I grew up on Long Island and it’s where I live now. A large body of my paintings are from Long Island and I’m interested in authenticity, the raw underbelly of the place. I’m fortunate I get to travel all over. Each place is different for different reasons, but naturally I’m partial to where I live.