Remember the outcry that took place before Leonardo DiCaprio finally won his first Academy Award in 2016 for his performance in The Revenant? It only took more than 20 years, dozens of roles and five previous nominations. But, he’s not the only actor who didn’t win an Oscar despite a spectacular performance. The list of talented actors still facing the DiCaprio treatment is lengthy—and some of them have been around even longer. Take a look at 15 actors who you may be surprised to learn have yet to take home a golden statuette for their acting.

Related Content
10 Films You Need to See Before the Oscars 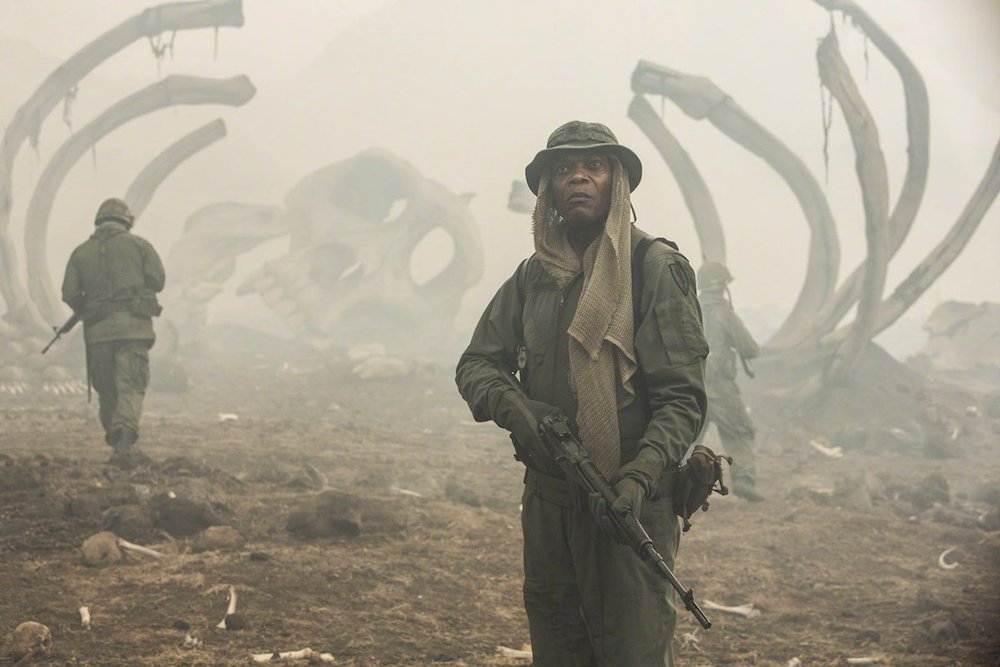 Snagging his first movie role in 1972, Samuel L. Jackson has played in more than 100 films over his career. Pulp Fiction, Time to Kill, Django Unchained—the list of epic roles goes on. But he’s only been nominated for an Oscar once for his supporting role in 1994’s Pulp Fiction.

She’s been nominated six times, but Glenn Close hasn’t won a single Oscar. Her most recent nomination was for 2012’s Albert Nobbs where she plays a butler in 19th-century Ireland. A career spanning more than 40 years, Close has at least won two Golden Globes and three Emmys.

Everyone’s favorite pirate has yet to snag an Oscar. Depp, who received his first big break in 1984’s A Nightmare on Elm Street, had a number of memorable performances throughout the years including his roles in Edward Scissorhands and What’s Eating Gilbert Grape. He’s been nominated for best actor for Pirates of the Caribbean: The Curse of the Black Pearl, Finding Neverland and Sweeney Todd: The Demon Barber of Fleet Street. 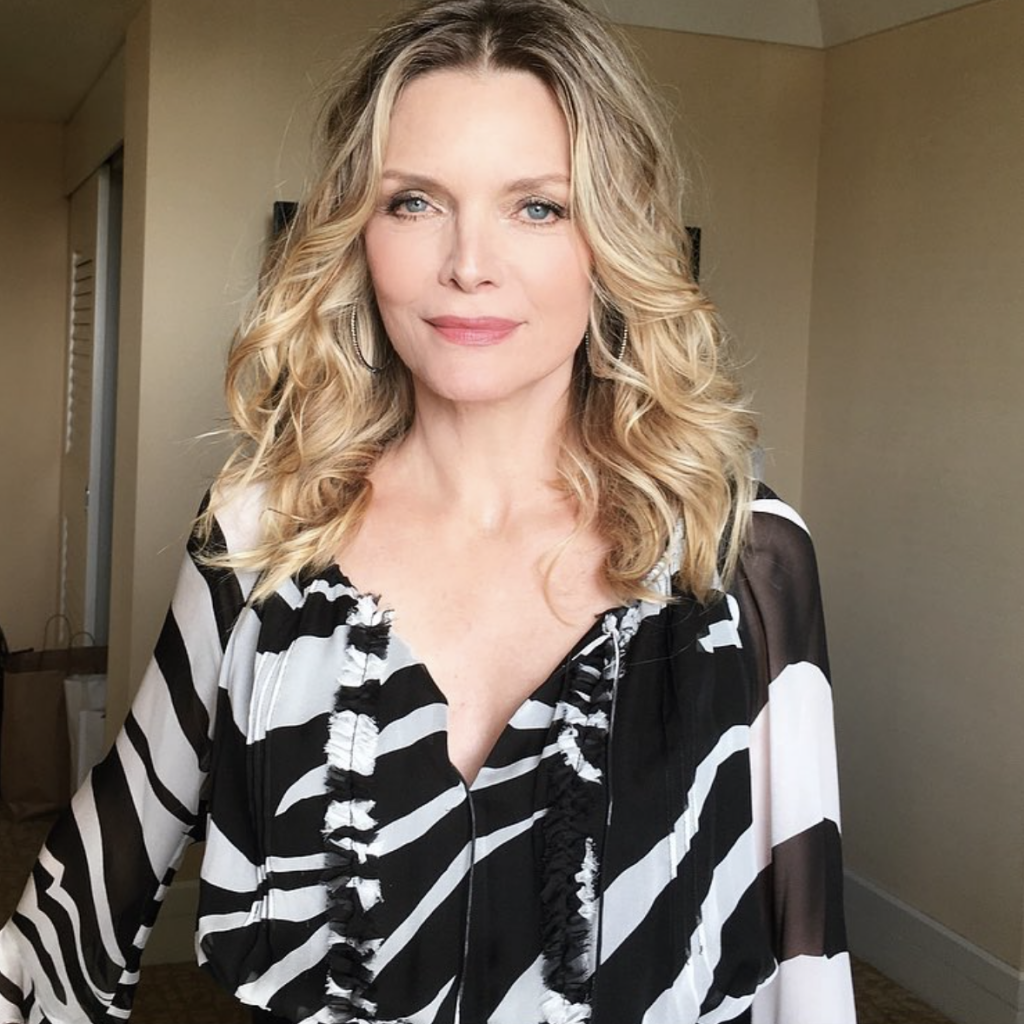 Michelle Pfeiffer has been gracing the screen since the late 70s, playing in memorable films like Scarface and Batman Returns. She’s been nominated three times for 1988’s Dangerous Liaisons, 1990’s The Fabulous Baker Boys and 1993’s Love Field.

His acclaimed portrayal of Johnny Cash in 2005’s Walk the Line earned him an Oscar nod for best actor, but Joaquin Phoenix lost to Philip Seymour Hoffman that year. He’s been nominated two more times for 2000’s Gladiator and 2012’s The Master. 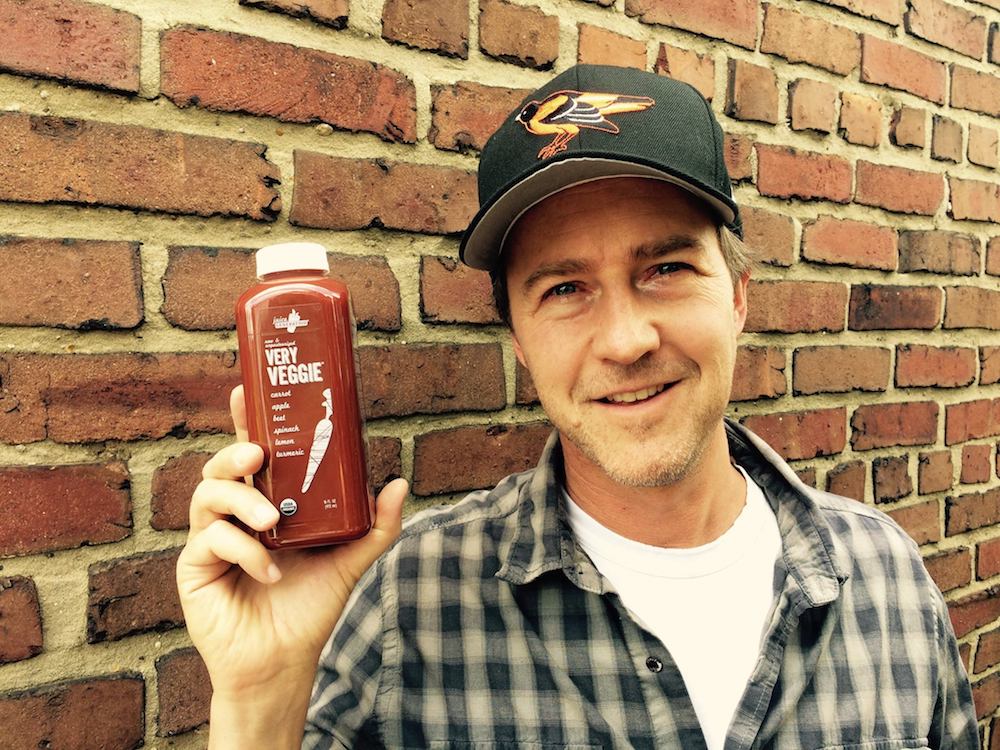 Edward Norton’s ability to beautifully play complex characters easily makes him one of the greatest actors of our generation. His first film ever was alongside Richard Gere in 1996’s Primal Fear. The role earned him a nomination for best supporting actor. He was later nominated for American History X and most recently for Birdman.

The Kids Are All Right, Being Julia, American Beauty and The Grifters all earned Annette Bening Oscar nominations. Yet the veteran actress—who started her career in the 80s—is another who has long been praised for her talent but hasn’t won the award. 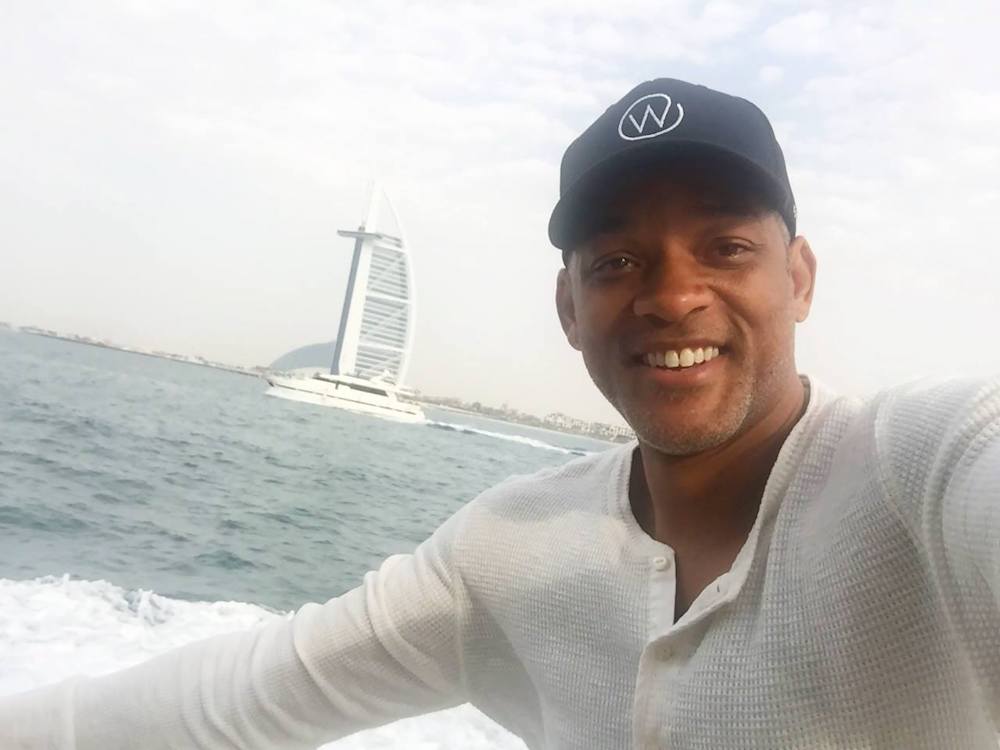 Will Smith has come a long way since his days on the beloved Fresh Prince of Bel-Air. The actor has appeared in a slew of respectable movies. Two earned him Oscar nods for best actor: 2006’s The Pursuit of Happyness and 2001’s Ali where he portrayed the legendary Muhammad Ali. Smith also hasn’t won a Golden Globe despite five nominations.

Don Cheadle has proven his talent throughout his long career with roles in critically acclaimed films like Crash and Hotel Rwanda. The latter is the only role he’s been nominated for. 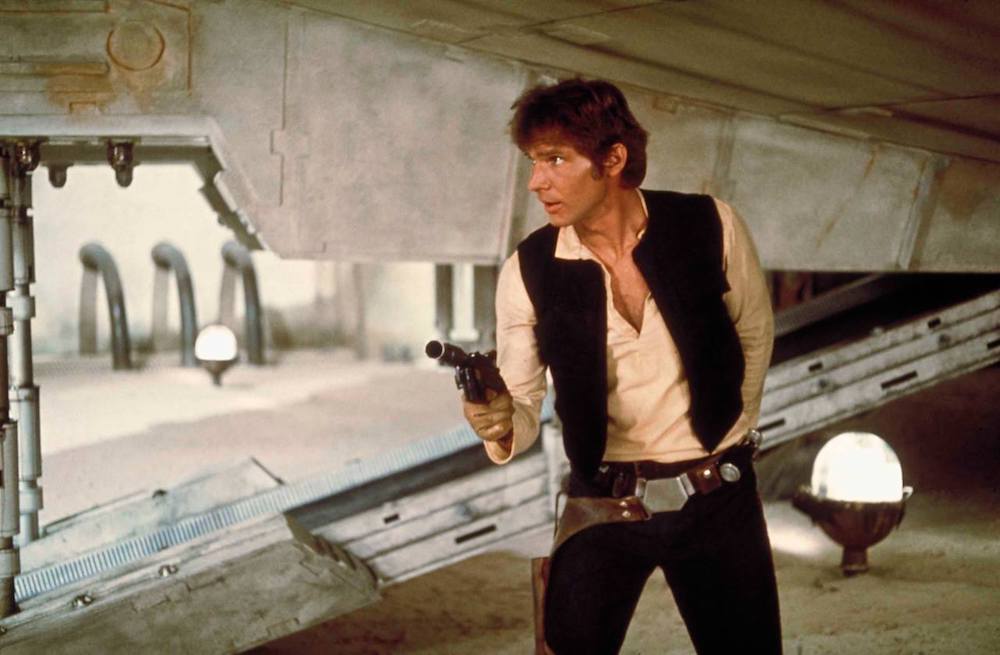 A throwback of Harrison Ford as Han Solo. image: facebook.com/starwars

Harrison Ford has been on-screen since the 1960s. He’s been lauded for his performance in a lengthy list of movies—of course including his recurring role as Han Solo in the Star Wars films. But he’s also only been nominated once for best actor for 1985’s Witness.

Starting his career in the 80s, Gary Oldman has been praised for numerous performances, including Sid Vicious in Sid and Nancy, Jim Gordon in Batman Begins and George Smiley in Tinker Tailor Soldier Spy. He was nominated for an Oscar for the latter. Could this be the year the English actor wins? He’s nominated for his portrayal of Winston Churchill in Darkest Hour. 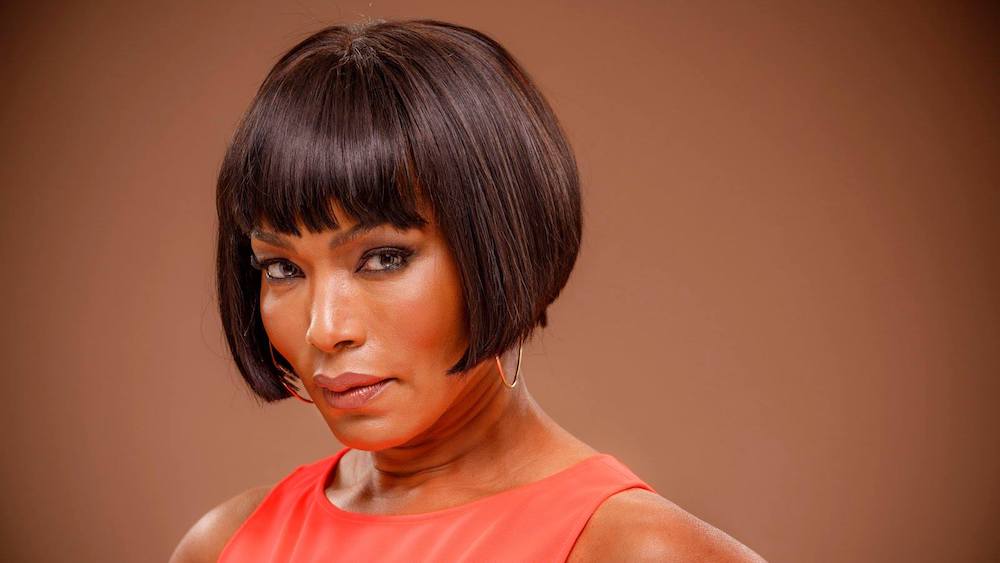 Angela Bassett earned an Oscar nomination for her portrayal of Tina Turner in the 1993 biopic What’s Love Got to Do with It. She hasn’t been nominated since, but has continued to make us cry or laugh with a long list of films.

He won an Oscar for best motion picture of the year for 12 Years a Slave in 2014, but Brad Pitt has never won one for his performance despite being nominated three times. Pitt, whose career spans more than three decades, has a list of great films including Inglourious Basterds (2009), Fight Club (1999), Ocean’s Eleven (2001) and its sequels. 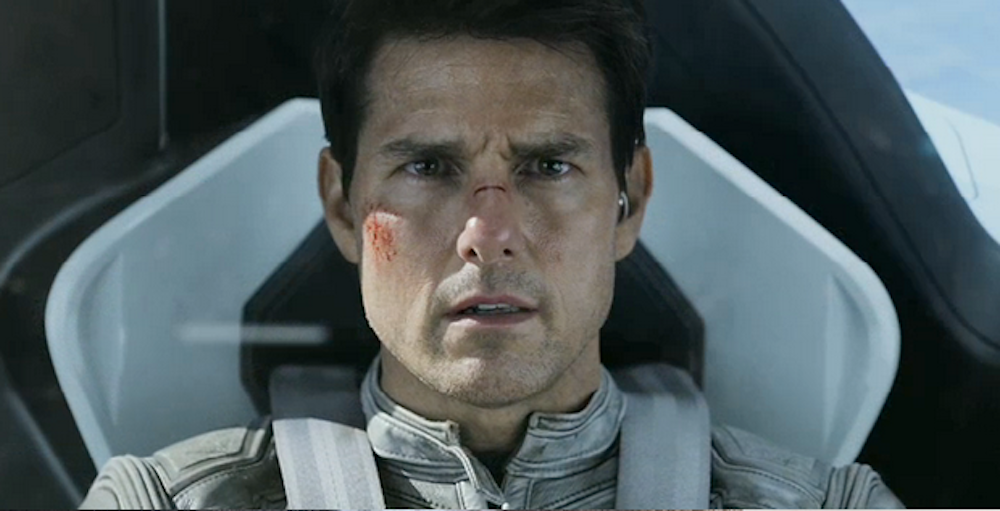 Since the 80s, Tom Cruise has gained praise for his film career. He’s played several famous roles throughout the years including Ethan Hunt in the Mission: Impossible series and the title character in Jerry Maguire. He still hasn’t won despite being nominated for best actor three times for Magnolia, Jerry Maguire and Born on the Fourth of July.

Since his first small role in 1988’s Mystic Pizza, Matt Damon has gone on to play in several famous movies like the Bourne film series. He’s been nominated for his acting four times for his roles in Good Will Hunting, Invictus, The Martian and Manchester by the Sea. (He and childhood friend Ben Affleck won best writing for Good Will Hunting in 1997.)