A nod to one of the most influential writers of the 20th century, James Joyce Pub & Eatery opened its doors in Patchogue, across the pond from Dublin, the author’s hometown. Also from the other side of the Atlantic: all three of the pub and restaurant’s owners. This new venture is the second Irish-inspired eatery from the team (they also own The Irish Times in Holbrook), and it’s been in the works for nearly three years.

“We’ve had great success [in Holbrook, which is why] we have been looking for a second location—preferably in the same area,” said Colm Ashe, who opened the Irish pub and eatery Feb. 2 with John Murphy and Lorcan Phelan. They all moved from Ireland to the United States in the late 1980s.

The trio knew they had something special after finding the 4,200-square-foot spot at 49 S. Ocean Ave, which formerly housed Jay’s Cotton Shop. “The room has a classic old world feel about it with two mezzanines, skylights and a 22-foot ceiling,” Ashe said.

On tap (besides Guinness) is a wide selection of beer, both imported and domestic. Also expect Irish whiskeys, wine, specialty cocktails and Irish coffee, “which like the desserts is always made with fresh whipped cream.” 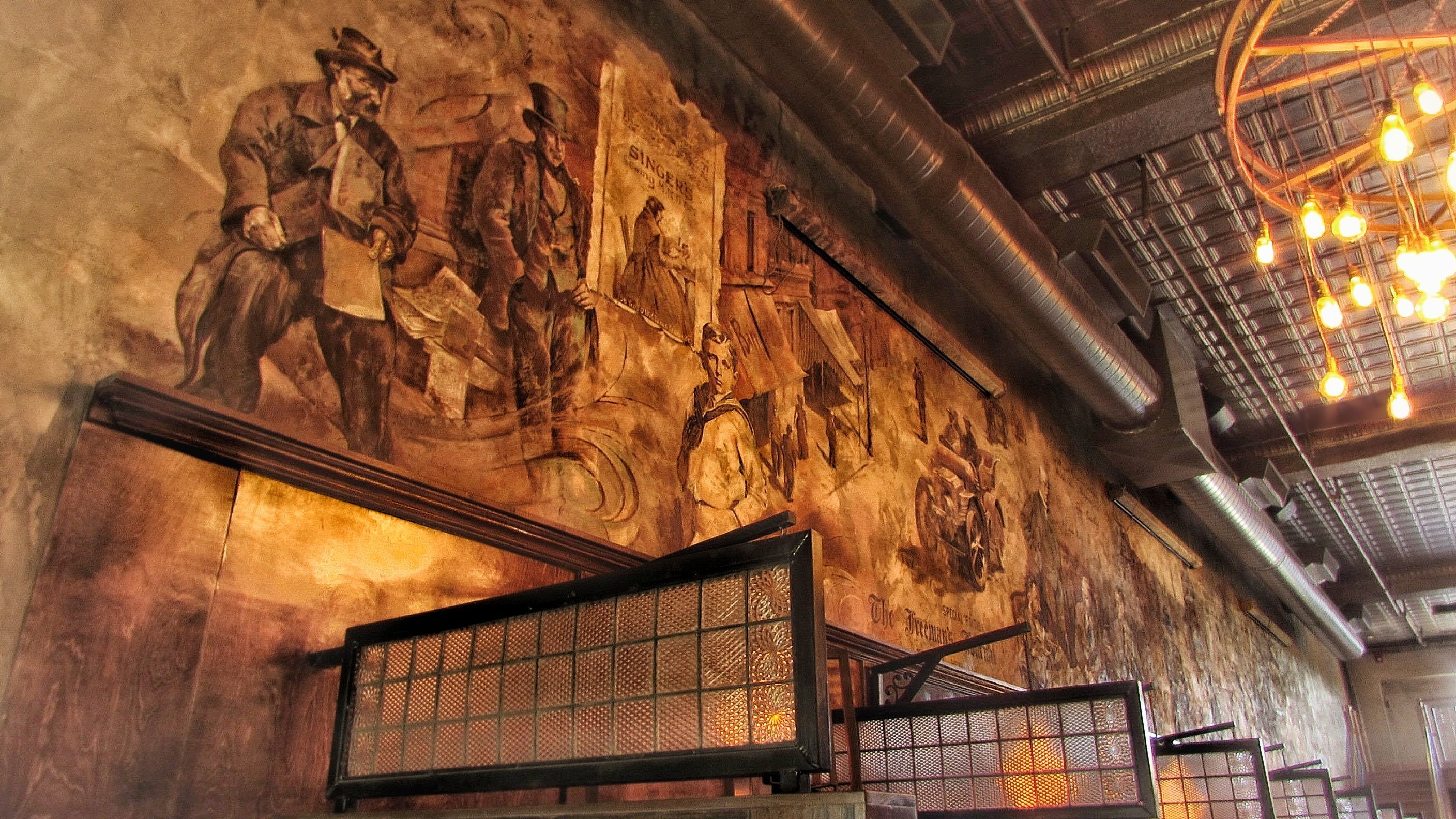 The decor pays homage to the restaurant’s namesake. There is a large mural created by local artist Dean Goelz that displays images and texts from James Joyce’s writings. “The project developed as it went along, which is what gives it the unique look you see today,” said Ashe, who worked with Unique Concept Builders and Bush Associates on the interior.

But the tie to Joyce goes deeper than the name and mural: the location opened up on the writer’s birthday, which was completely on accident.

“James Joyce Pub & Eatery is our version of what a modern Irish pub should be—with full dining, comfortable and spacious seating [and] an atmosphere that makes everyone feel welcome,” Ashe said.