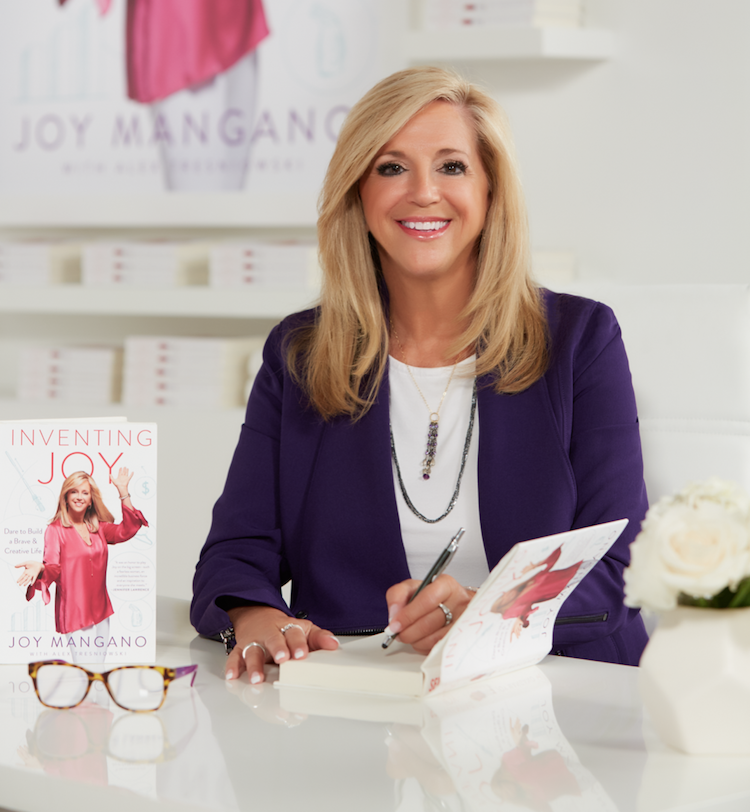 March is Women’s History Month and Long Island powerhouse Joy Mangano will surely go down as a trailblazer in the business world. The Huntington native, now known as the Queen of HSN, was a nearly broke, divorced mother of three in 1990 when she invented the self-wringing Miracle Mop. After pitching it wherever she could, including parking lots, flea markets and boat shows, it was finally offered on QVC. When the mop didn’t sell on QVC, Mangano persuaded them to let her pitch it on the air. She sold 18,000 mops in 20 minutes. Then came her company, Ingenious Designs, and a partnership with HSN in 2000. Mangano’s next big invention to save closet space, Huggable Hangers, became HSN’s best-selling product. She now generates $1 million an hour in product sales when she appears on HSN.

Mangano was born with an eye for design—whether it be a tree house or a reflective flea collar for cats and dogs. This combination of creativity and practicality has led to the invention of hundreds of home items including steamers, pillows, luggage and a revamped Miracle Mop, all of which are now available at retail stores. Along with inventions, sales and business partnerships, Mangano inspired and was involved in the production of the 2015 film, Joy, starring Jennifer Lawrence. She recently released a memoir, Inventing Joy: Dare to Build a Brave & Creative Life, which includes a blueprint of principles to which she attributes her success. She also created an eponymous foundation to help aspiring entrepreneurs find their paths, but insists it’s all about ambition, hard work and humility.

What is a typical day like for you?
I like to wake up early, pour myself a cup of Starbucks coffee and then walk my new puppy. Next, I check in with my daughter (brand developer) Christie, and my son (business strategist) Bobby. The three of us are connected at the hip throughout the day. Every day is different—an idea, a challenge, a goal—that’s what’s most amazing about my life. But it’s always a whirlwind.

What invention do you get the most feedback on?
My Huggable Hangers are a fan favorite as they allow you to take control and organize your personal space, which can inspire other moments throughout your day. The ability to control your personal space creates a sense of power in your home and in your life, and I think that resonates with my customers.

The Golden Globe-nominated film Joy was semi-based on your life story. What parts were most realistic and which were the most removed from the truth?
I’m constantly evolving and pushing myself, which is true to my story and my life. The motif of finding a need and figuring out a way to fill it in a way that’s never been done before—that is what I do. But, I have three children, not two, and the most removed part of the movie was me physically jumping into soap operas.

One thing that stands out in the Hollywood story of Joy is that you did this on your own without the assistance of men. Do you think the recent #MeToo movement will help empower women in the business industry?
The #MeToo movement will not only empower women in the business industry, but women in general. It’s imperative for women to stand up for what they believe in. You can do anything you put your mind to…Believe in yourself and you will succeed.

You have over a hundred patents for inventions. From which product category can we expect something from you next?
Back to my roots in cleaning. I can’t say anymore, except, “You just wait!”