Mom and pop motels reveled in their mid-century moment, but mostly fell by the wayside by the turn of the century. Today’s hoteliers are dusting off these relics and overhauling dated motor lodges with modern craftsmanship. Reimagined motels are popping up across North America, and even right on our doorstep. Hit the road to these renewed motels fancy enough that you’ll wonder if there’s valet service (even if you’ve parked just outside your door). 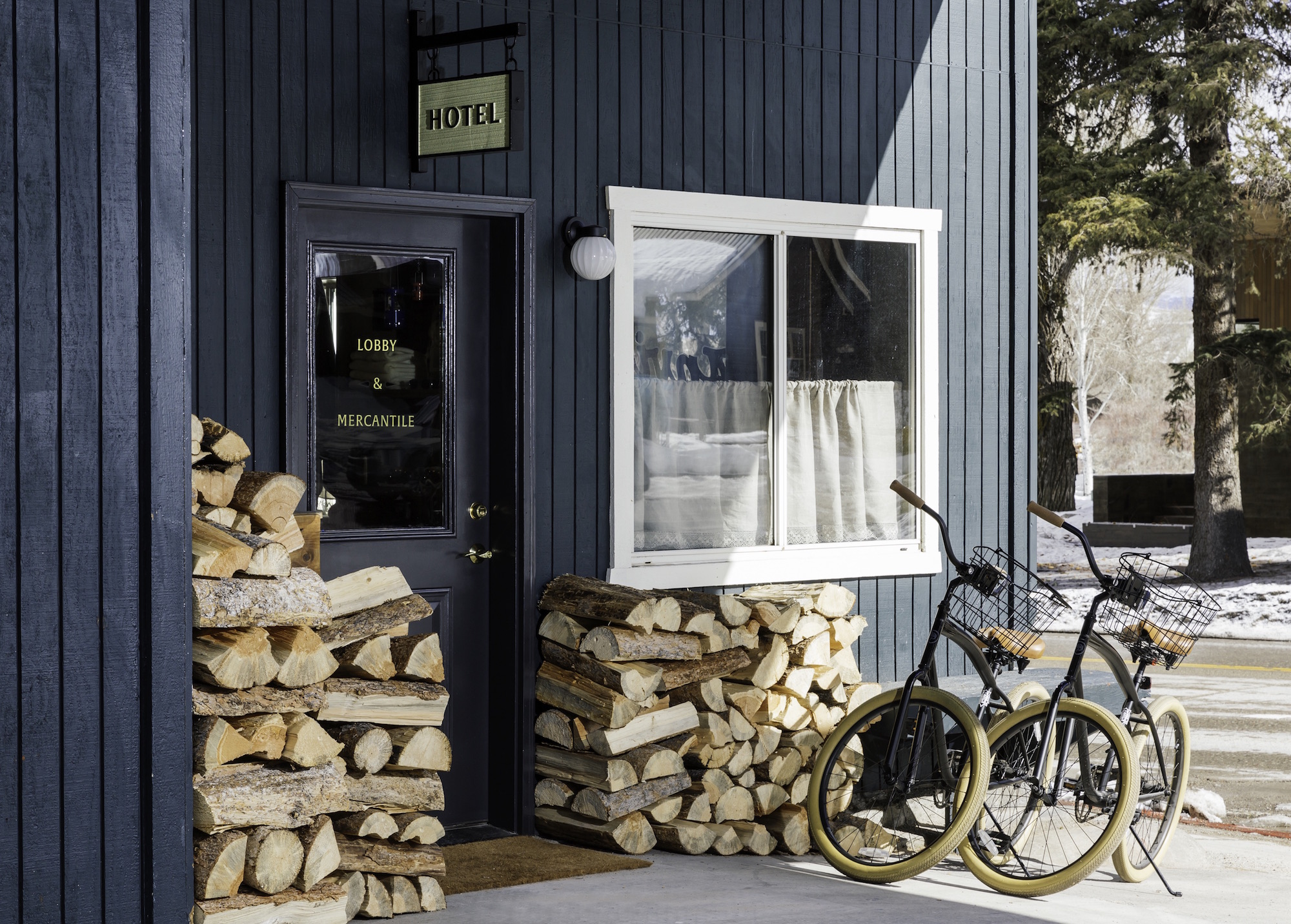 It was a former motel in the 1950s, but Anvil Hotel barely plays the part. There are no neon signs and no Wild West caricatures. The double-height lobby feels like a new-fashioned general store. Handcrafted, wooden shelves rise to the ceiling and are stocked with upmarket essentials (from ponchos to ski goggles), and the check-in desk doubles as an espresso bar. The rooms are worth a double take, too. Think navy and white wainscoting, iron beds tucked in custom Woolrich blankets, original parquet floors topped with vintage rugs and hints of bronze and brass everywhere you look. (It’s not hard to believe it’s designed and managed by the same folks behind Greenport’s Sound View.) 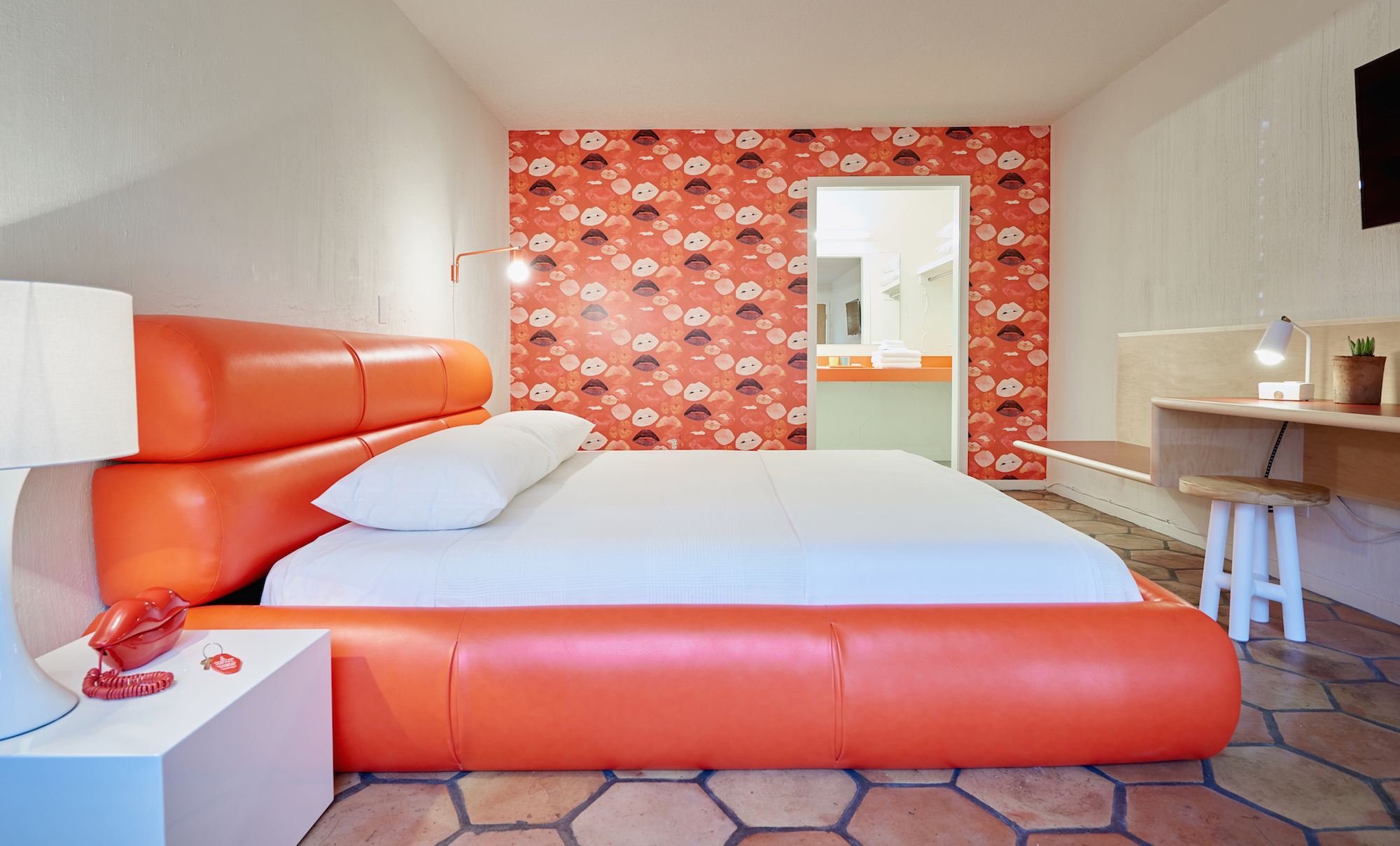 Just shy of a year old, the Austin Motel doesn’t hold back. Opened in 1938, the longtime (albeit, languished) icon’s swanky redesign recalls the greatest decades from the motel’s tenure in Austin’s increasingly trendy South Congress district. The bones are the same, but designers skipped shade for a full-color palette that pops in the guest rooms. There are red, lip-shaped telephones that smack next to orange, vinyl wrapped beds. They vibe with cheeky wallpapers like a pattern of puckered, painted lips. 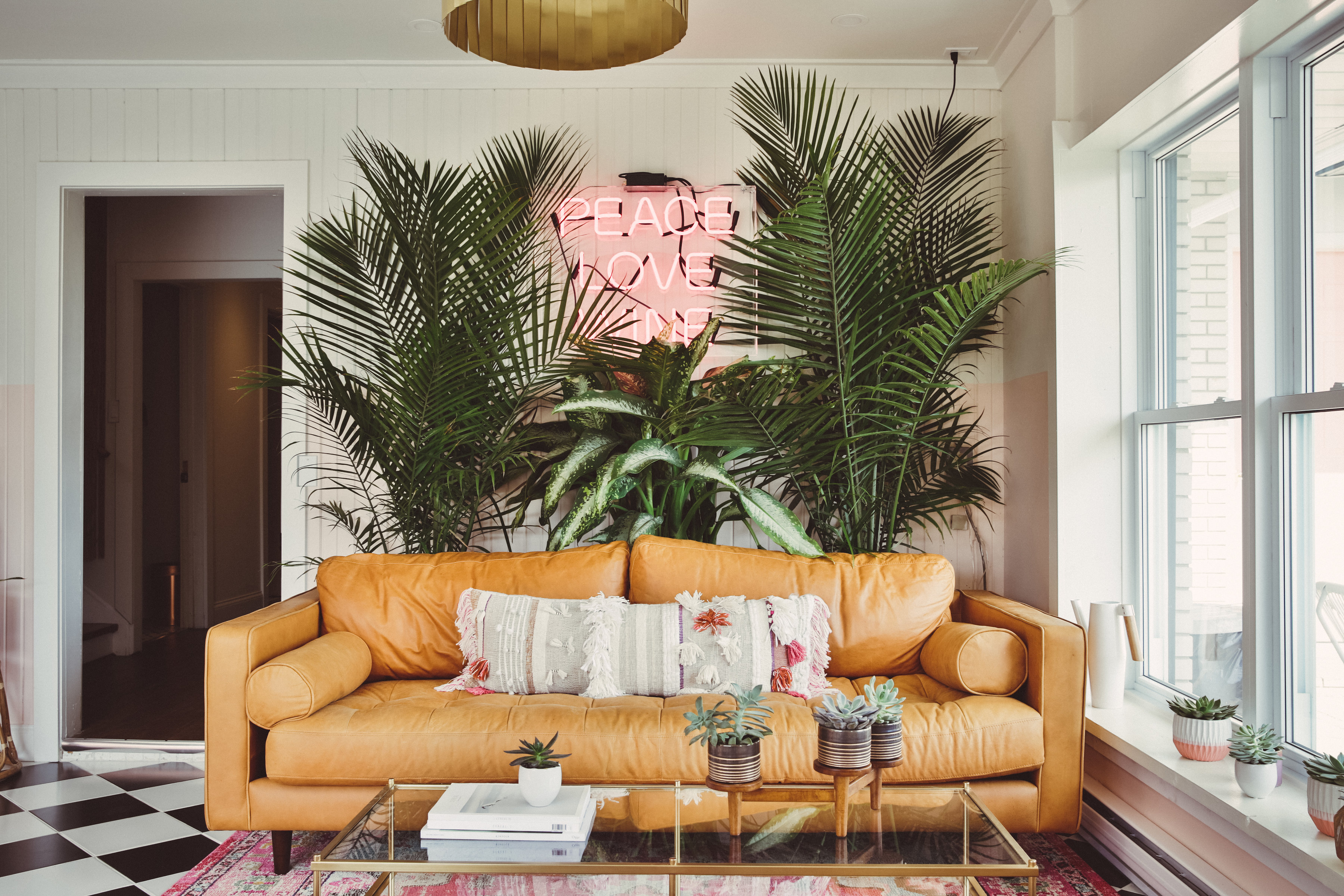 It’s hard to believe that for half a century, The June Motel’s former tenant was a dive for outdoorsy types—chiefly fisherman—because its new owners have redesigned the motel as a splashy, all-frills nod to rosé. The lush new booking in Ontario’s wine country, just across the northern border in Prince Edward County, refreshed 16 guest rooms with unmistakable summer vibes. Forget the mini-bar because certain suites stock full wine bars. Interiors range from floral wallpapers to leafy, plant-lined common areas. Even the exteriors make its cool-climate digs sparkle—doors to guest room doors are painted pink.

A mid-century modern motel in New Orleans’ Mid-City neighborhood just finished a spirited, Beat Generation-inspired refresh. Called The Drifter, the motel’s palm-framed pool trickles into the tropical-colored interiors, where vibrant ferns and foliage are painted across the walls and mixed terrazzo floors recall vintage style. There’s miraculous balance in play, all pared down in the neat, calm guest rooms, where hush-colored Oaxacan tile floors are the only other patterns besides those of your sleep. 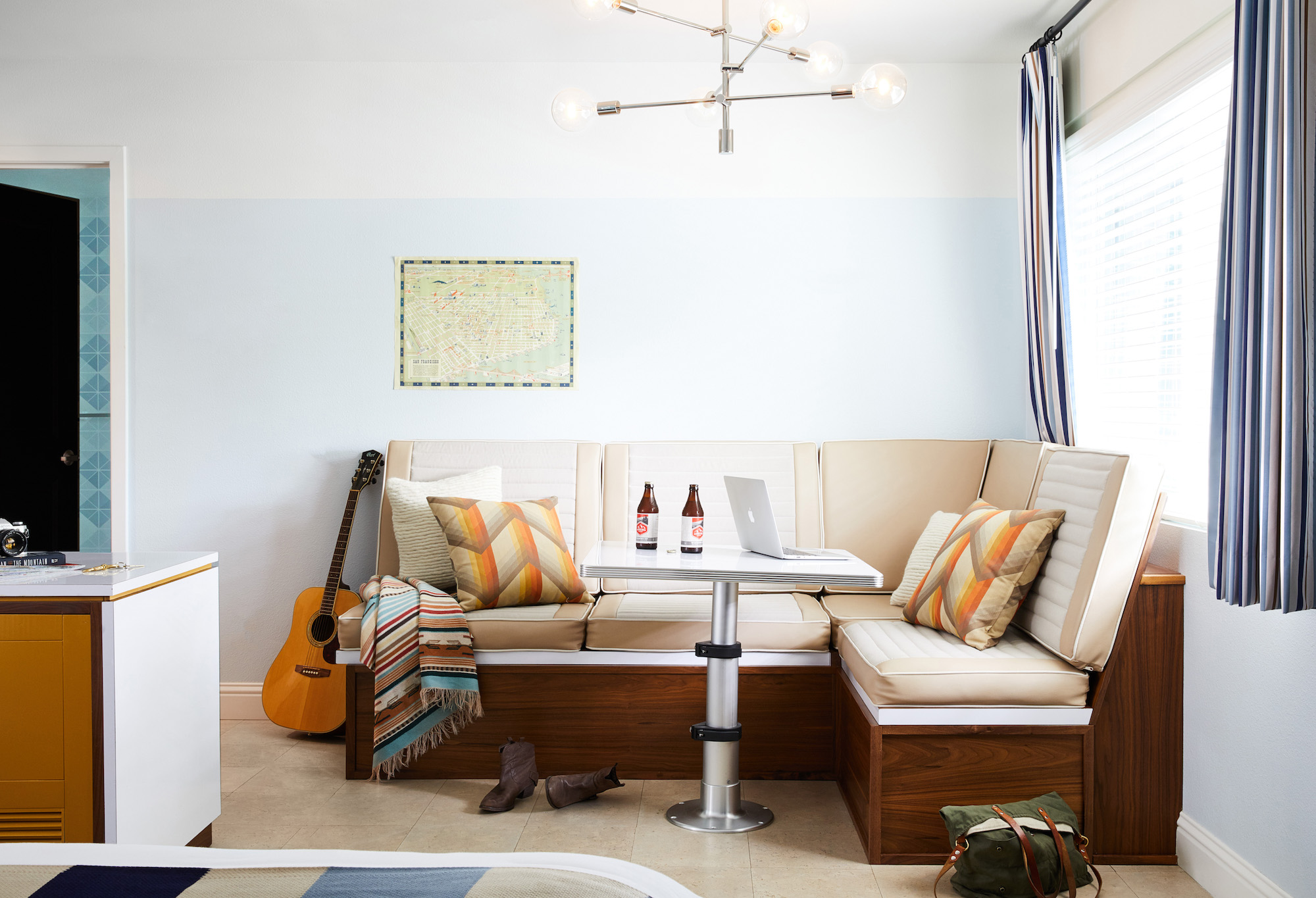 Born in the Napa Valley town of Calistoga—way back in the 1940s—Calistoga Motor Lodge and Spa reopened last year with a throwback of its own: Guest rooms are designed to vibe with the 60s VW camper. Expect to find nostalgic amenities throughout the rooms like Polaroid cameras and Etch-a-Sketches and all-around campy decor by NYC-based design firm AvroKO. New to the property, and bringing it into the wellness-forward zeitgeist, are the all-new MoonAcre Spa and Baths (complete with playful gimmicks like mud bar for mixing your own masks) as well as a trio of geothermal pools that tap into Calistoga’s natural spring water.