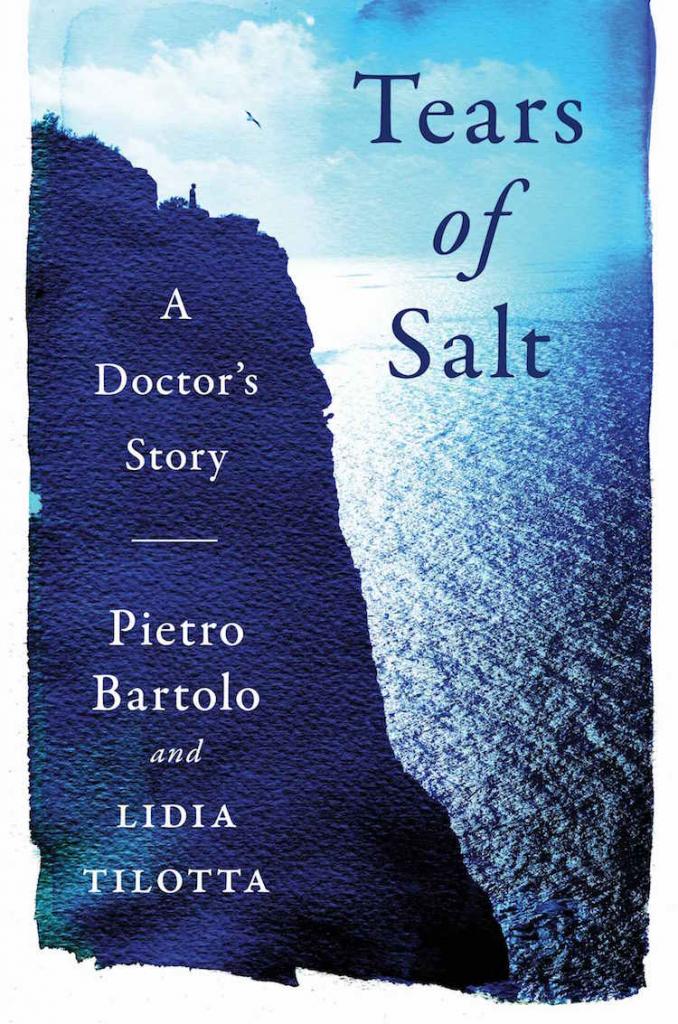 You only have two hands. That’s all and when they’re full, you’re done. You can’t hold more items, pick up more work, or take on additional anything. Two hands, that’s all you have to offer but in the new book “Tears of Salt” by Pietro Bartolo and Lidia Tilotta, you can also offer your heart.

Lampedusa, a tiny island just off the coast of Italy, has always been where Bartolo feels the most at home. It is, after all, where his parents came when they married. It’s where Bartolo brought his own bride, where his three children were born—and it’s the current site of his clinic and the first port of call for refugees fleeing terrorism in Somalia, Lebanon, Tunisia, Syria and Nigeria.

There’s an odd inconsistency between a beautiful island surrounded by crystal seas and the misery of those who wash ashore. Long before the refugee crisis began, Lampedusa was quietly idyllic. Today, it’s still a place frequented by wealthy vacationers, Popes and statesmen but also by corpses and people who are gravely injured.

Bartolo is proud of the former, dismayed and overwhelmed by the latter. He gets constant calls to come to work, to meet rescue boats on the pier, to deal with refugee trauma in both mind and body. His wife runs a laboratory, and she’s often called, too. Like fellow villagers, they’ve taken in refugees who required extra care. Even that, he indicates, can break his heart.

He knows why some female refugees beg him to abort the babies they carry, fathered by soldiers of war. He’s seen the bravery of mothers who hand their children to strangers to save. He’s observed families torn apart and some reunited. A paralyzed mother begged for a job so that she might bring her family to Europe. Women are preyed upon by traffickers. Toddlers die. A 10-year-old boy refused to cry over his father, who was killed by Boko Haram.

Says Bartolo: “You can wear all the protective gear you like, but you cannot protect your soul.”

Have we become inured to tragedy? The author is afraid we have, so when offered the opportunity to become the subject of a short movie, he seized upon it to call attention to the plight of the refugees. That story, and more, are inside “Tears of Salt.”

But before you start, be prepared to get pretty darn uncomfortable. Although he might often temper his tales with lovely barefoot-childhood memories of a village filled with people who care for one another, Bartolo doesn’t hold back from the horror he’s seen, or the things his patients have endured to find a better life. Beware that some anecdotes are downright gruesome. He tells…and tells…and tells stories that beg to be shouted from the cliffs, making this a book that may never become a bestseller but for compassionate readers concerned with current events, it’s a must-read. If that’s you, find “Tears of Salt.” Get it in your hands.