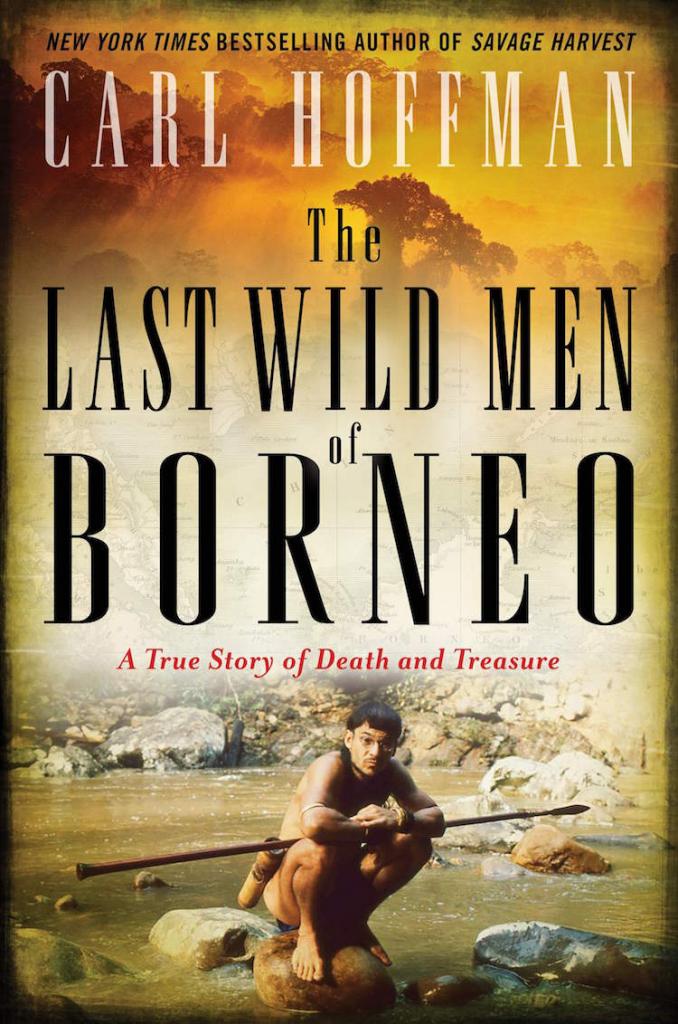 Sometimes, you need to stir the pot. Agitate things, take chances, try something different because change is good. The status quo can be boring and a new view gives you fresh perspective. Stir a little, as you’ll see in the new book “The Last Wild Men of Borneo ” by Carl Hoffman, and you alter things significantly.

Why are we so fascinated by people who live primitively? Carl Hoffman wanted to understand that question, and that of his own “persistent Western obsession.” That’s why he headed to Bali with Bruno Manser on his mind.

Born in Switzerland, Manser was a man who’d try anything. He craved adventure, and was fearless, calm and self-sufficient. Those were skills that served him well when, in 1984, he traveled to Borneo to live with the Penan nomads of the rainforest.

Many before him had gone into the jungle; Manser went deeper. The Penan were elusive but he found them—or rather, they found him when his supplies were depleted and they allowed him into their homesite. Over time, the Penan slowly folded him into their tribe and taught him their ways. Manser cut his hair like a Penan, wore a loincloth, hunted and ate like a Penan. And when he realized that his beloved rainforest was being destroyed by the logging industry, he fought like a Penan and organized them into a rebellion, which brought the desecration to a halt.

Hoffman was fascinated by Manser’s story, especially that Manser had escaped death and capture several times, and had done the impossible with a group of illiterate hunters before totally disappearing without a word in 2000. He thought of Manser on his way to Borneo, where he accidentally met Michael Palmieri, a “buccaneer” who left the modern world decades ago. He now makes a living by discovering and selling primitive art to the world’s top museums, and who had a likewise thrilling story.

To Hoffman, these men were two sides of a coin, like yin and yang of adventure, and that fascinated him. Manser and Palmieri seemed to want different things from the people of Borneo—but were they so different, after all?

It’s hard not to get swept up in the adventure of “The Last Wild Men of Borneo.” It’s equally hard not to think it’s a novel, because it feels like it is. But nope, this is a true, jaw-dropping story that pulls you in with a shiver.

In a way that makes readers eager to find out more and learn why, Hoffman tells a mouth-drying tale of beauty, risk and opportunity. Bring something to drink when you start this book, then sip slowly. Seeing great details in these parallel narratives and a perfectly-worked ending, Hoffman carefully preserves two mysteries: one with a contented life and one in death. Who could resist?

Armchair adventurers or those who want to live vicariously through this tale shouldn’t even try. Just go, now, get “The Last Wild Men of Borneo,” and jump in. You’ll find the account to be quite stirring.