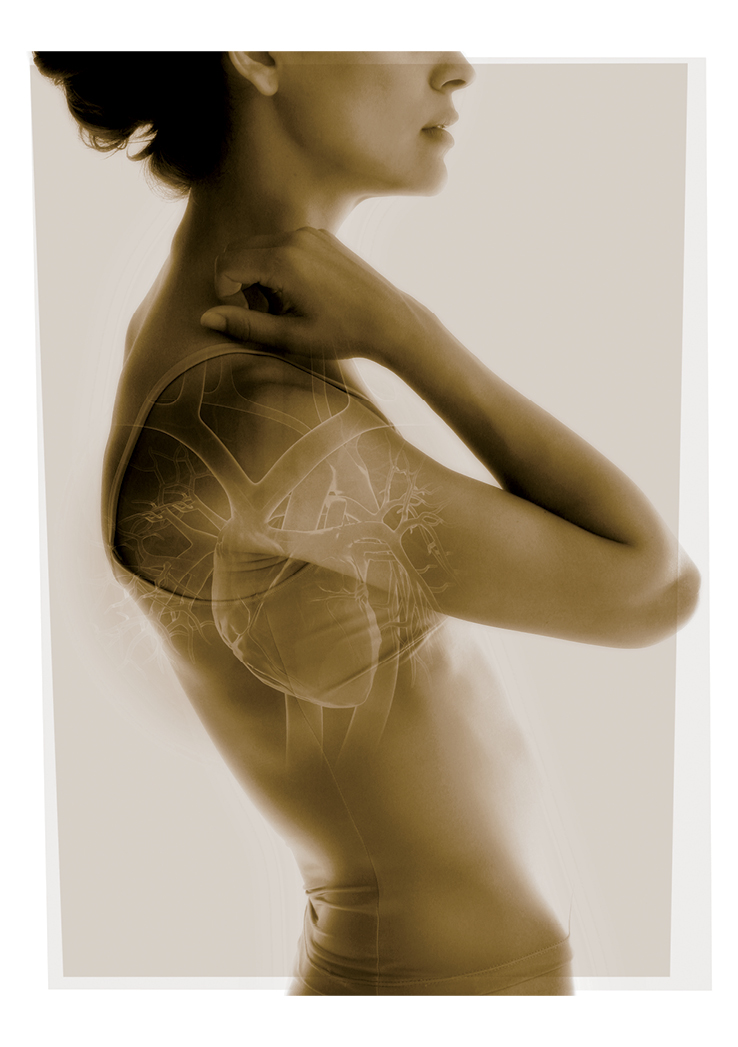 The human heart beats 100,000 times per day, propelling 2,000 gallons of blood throughout the body. Each and every beat of the heart and each and every gallon of blood keeps each and every human being alive. The heart is an immaculate, life-sustaining machine.

Inside Clyde Thompson’s chest is a life-sustaining machine. It is not his heart. Attached to Thompson’s human heart is a mechanical pump. A cable extends from the pump, out through his skin to an external power source that runs 24 hours a day. The pump works to continuously push oxygenated blood from Thompson’s left ventricle into his aorta, where it is then spread throughout his body. Thompson’s heart is not strong enough to do this on its own. Once upon a time, Thompson served in the Army, he still regularly played basketball and lacrosse. Now he can’t even continue his work as a New York City bus driver. Thompson’s heart is dying and without the pump, Thompson would be dying as well. But this pump, known as a left ventricular assist device (LVAD), won’t last forever.

And through every mechanical pump of Thompson’s heart comes the fleeting chance that this will be the moment when the phone rings and on the other end will be four life-saving words: “We have a heart.”

A heart transplant operation is equal parts medical procedure and choreographed ballet. Experienced cardiac surgeons who have performed open-heart surgery numerous times will tell you the trick is not in the procedure, the trick is in the dance.  It is an incredible amount of work done by some of the very few people in the world who can accomplish it. This is how the doctors at the Sandra Atlas Bass Heart Hospital at North Shore University Hospital pull it off.

As Thompson would be receiving his long-awaited phone call, Dr. Syed Hussain is formulating his travel plans, which may include flying on a jet or driving in an ambulance, depending on the distance of the donor hospital. As he embarks, Thompson will be admitted to the hospital and undergo baseline testing. At that point, it’s a precise orchestration of timing so that Dr. Brian Lima is operating on Thompson and prepared to remove his failing heart at the same time Dr. Hussein arrives back in Manhasset with the donor heart. The human heart can only last outside the body for approximately four hours. There is no room for error.

There are only five hospitals in New York State that can perform heart transplants. To gain certification, New York hospitals must be approved by the Public Health and Health Planning Council before getting the final green light from the state Health Commissioner, a process that took Northwell Health, the healthcare network NSUH falls under, more than a year, which still is faster than normal. It’s also an initiative that requires the allotment of an incredible amount of resources, most notably the recruitment of team members.

Long Island is not far from four of the hospitals that perform this procedure—three in Manhattan, one in the Bronx—which begs a question: Why did a local hospital feel compelled to provide a service that patients could receive relatively close by? 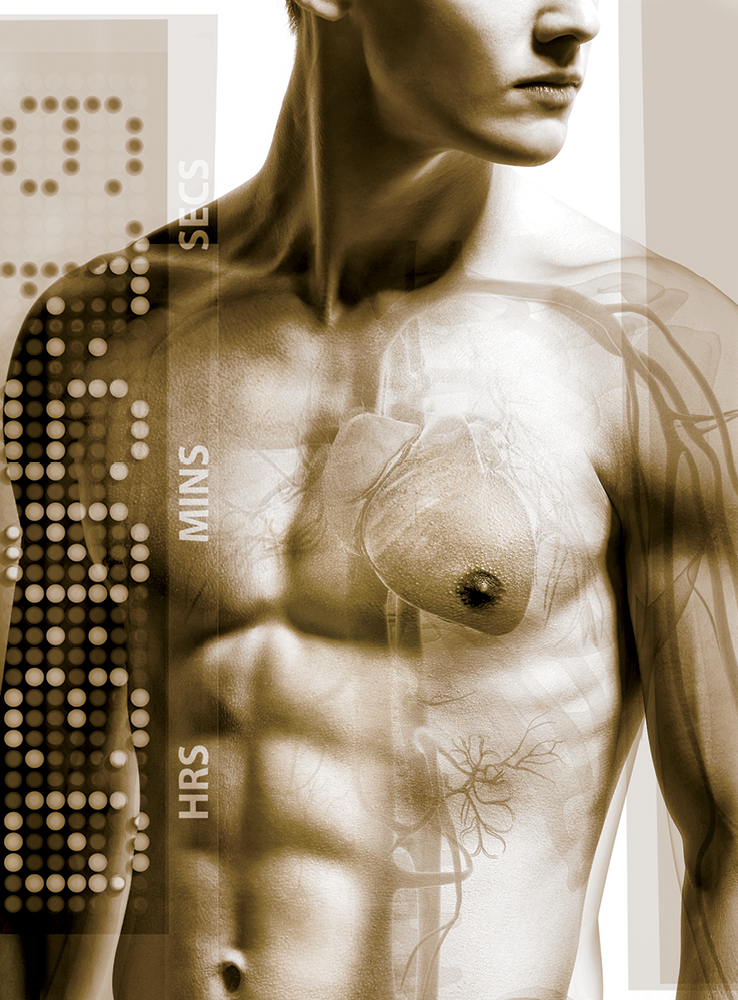 “We look at heart failure as an epidemic [on Long Island],” said Dr. Gerin Stevens, NSUH’s medical director of cardiac transplantation. “One way to measure it is the number of hospital discharges. There are about 3,000 discharges per year overall from this region for heart failure. Those are not individual patients, per se, those are individual hospitalizations. We know patients who are hospitalized multiple times—and the magic number is four—their life expectancy is reduced basically from five years to one based on those hospitalizations as a marker of disease severity. So the need is definitely there.”

Dr. Alan Hartman, senior vice president and executive director of cardiovascular and thoracic surgery at Northwell Health, points to a geographic trend. In the last 10 years, 45 percent of the people in New York State who needed a transplant came from Brooklyn, Queens, Nassau or Suffolk. Not only is there a need, the need is growing drastically. “There has been a steady increase in the number of transplants. In the last three years, ninety percent of the increase actually came from this service area. We really felt it was imperative.”

Trekking into the city is difficult for even the most hardened commuters, let alone the extremely sick. It becomes so arduous, some patients simply choose to forego it entirely, knowing it could cost them their lives. Thompson, who Stevens first met when she was working at Montefiore Medical Center in the Bronx, was one of those people. “He has an older mom. He lives on Long Island, she was in Queens, he was running back and forth and he could never get himself to the Bronx for the care he needed and there wasn’t any other choice for him,” Stevens recalled. “I have helped care for patients who never wanted to go into the city and just accepted their fate.”

The treatment process for heart disease is not like the treatment process of a cold. It requires numerous extensive hospital visits, with patients—who are already very ill—regularly traveling to hospitals for testing every two weeks. “We see them on that frequent basis for the sole purpose of making sure they’re tolerating the medication changes, their vital signs are doing well, we check their organ function with lab tests and it adds a layer of security for the patients as opposed to, ‘Here’s a bunch of meds, we’ll see you in three months.’ We don’t operate like that.”

For those patients that can make it to the city, it still creates complications as the separation of care makes doctors’ jobs more difficult, thus putting patients’ lives at risk. “Many of the referring doctors look at the programs in the city as the black hole,” Stevens said. “The patients go there to receive care and no information comes back. Doctors who are caring for these patients for years are all of a sudden exited out of the process and it’s up to the patient to convey information. If they wake up in the middle of the night and they live in Great Neck and they’re short of breath, they’re not taking an ambulance into the city. They’re being brought here and nobody would have known [about their condition].”

With the need apparent, Northwell made a decision in the fall of 2016, filed an application in January 2017 and received approval in February of this year.

It’s one thing to offer this service, it’s another to be able to execute it. When it came down to recruiting the right people, Northwell went to the top, enlisting two of the country’s leading heart surgeons. First was Dr. Brian Lima. The New Jersey native was working as the surgical director of mechanical circulatory support at Baylor University Medical Center when he received a call from Dr. Hartman gauging his interest in returning to the Northeast. “I frankly was completely in shock that Long Island didn’t have a heart transplant program. When I looked into the actual numbers and what not having a transplant program on Long Island translated into—that close to 40 percent of all the heart transplants done in New York City are on Long Island residents—I thought it was a massive opportunity.” 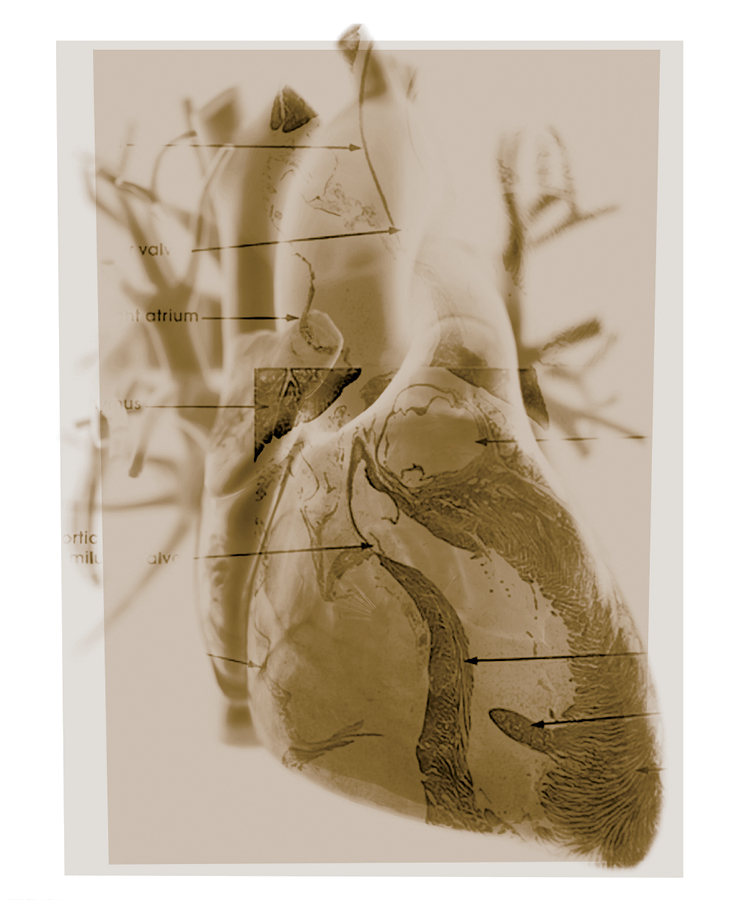 Lima signed on to become the director of heart transplantation surgery. His role on operation day is to stay in Manhasset and prep the recipient. Once on board, Lima needed his second set of hands—or eyes, as he put it. “It’s a two-team thing because you have to have someone doing the recipient aspect, but then parallel, you have to have someone going to get the heart, looking at it, being your eyes. When I was presented with this opportunity I thought, ‘Who could I trust blindly to go out and confirm that it’s a good heart and get it safely every time?’ He was the first person I thought of.”

He is Dr. Syed Hussain, Northwell Health’s new lead heart procurement surgeon. For the past eight, Hussain has worked at the Cleveland Clinic, currently ranked by U.S. News & World Report as the country’s top hospital for adult cardiology and heart surgery. Lima and Hussain met at the Cleveland Clinic years ago when the two were completing their fellowships. For Hussain, who’s been performing heart surgery for 15 years, Long Island offered the opportunity to build something special, a once-in-a-lifetime chance, as he said.

“A heart transplant comes as second nature,” Hussain said. “But the most important thing that drew me was the energy I found here. I could sense they really want to do it, to move things to the next step. And that’s not very common. To have the whole administration and everybody in power really trying to work it out, that was literally what drove me here. This place really wants to be on top of things, they really want to be cutting-edge and that is also what excited us to join this  because right now the feeling is we want to do everything out there.

That energy extends past the heart program as Northwell continues to expand its operations. “We already have a kidney transplantation program. We’re in the process of getting a liver transplant program,” Hartman said. “Over the past couple of years, there’s been a real drive to get the word out and increase the number of donors.”

That is not lost on the medical community. “When you’re starting a transplant program, to have an institution that takes that commitment [of organ donation awareness] so seriously blew my mind,” Stevens said. “I’ve never been at an institution that has taken it to this level. I’m really impressed and I’m excited.”

In the early morning hours of November 9, Yvonne Fleming awoke in the throes of a massive heart attack. She survived but in the months that followed, the 63-year-old Brooklyn resident’s condition deteriorated—the heart attack had caused damage to more than 70 percent of her heart. On February 9, doctors urged her to come to NSUH, where Stevens and Lima informed her she would be a candidate for the first heart transplant surgery to be performed at the Heart Hospital. Ten days later, she got a phone call. On the other end were four life-saving words: “We have a heart.”