After a string of snowstorms, spring is finally on the horizon—and it’s about to bank on Brooklyn. A stash of new one-time-only events and a mouthful of seasonally-driven menus are heating up the borough. Check out just a sample of what Brooklyn has in store this season. 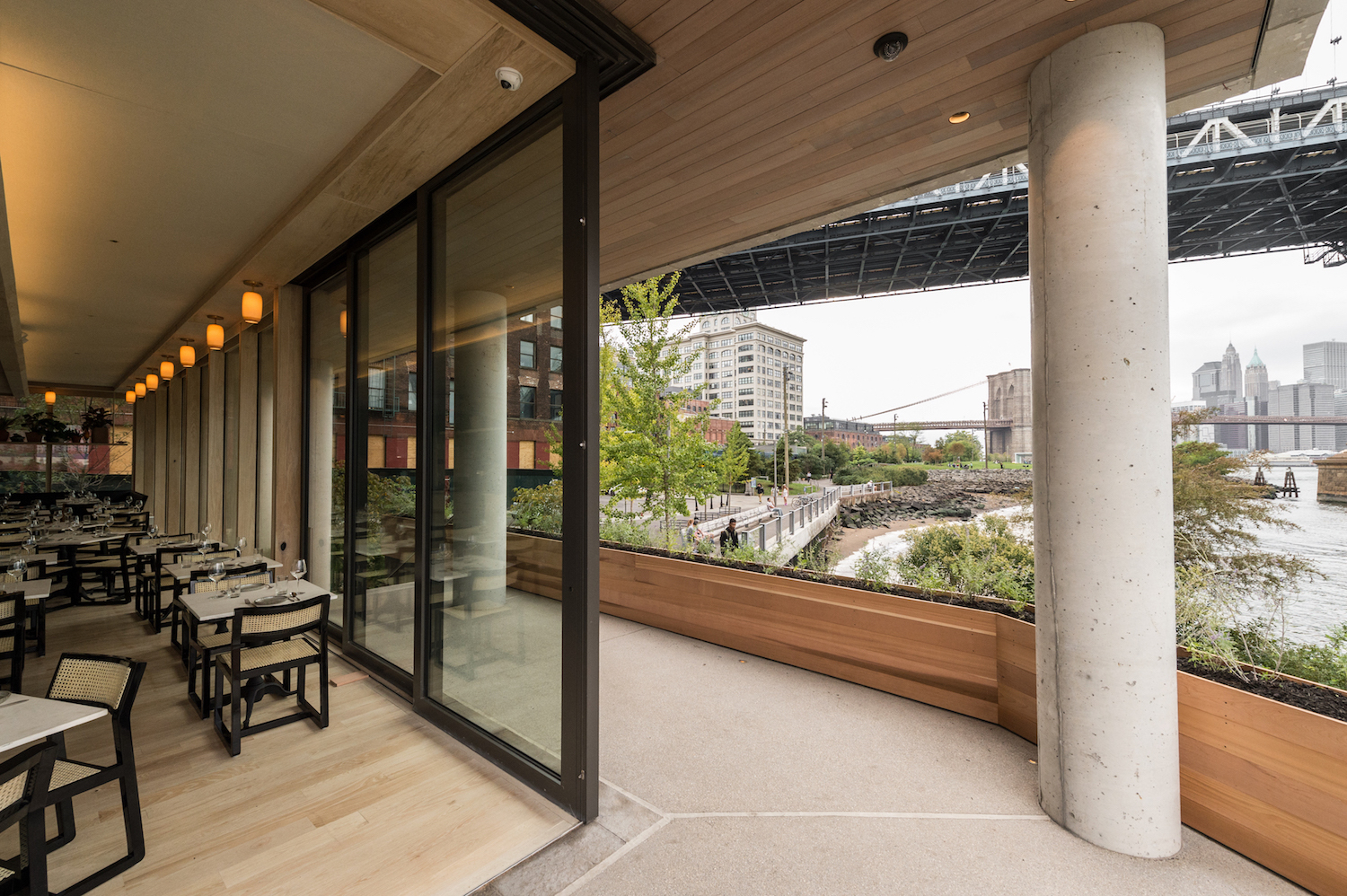 Dumbo, a formerly forlorn industrial district on the banks of the East River, is shaping up as Brooklyn’s most promising waterfront. The neighborhood, centered between the Manhattan and Brooklyn Bridges, bustles with 19th-century storehouses which, once shabby, are now stylish boutiques, galleries and restaurants. For a taste of the flourishing scene, head to Randolph Beer DUMBO, the neighborhood’s first-ever brewery, or Celestine restaurant for modern Mediterranean (not to mention stellar views of Brooklyn Bridge Park, the beautifully landscaped promenade with some of the best views of lower Manhattan). 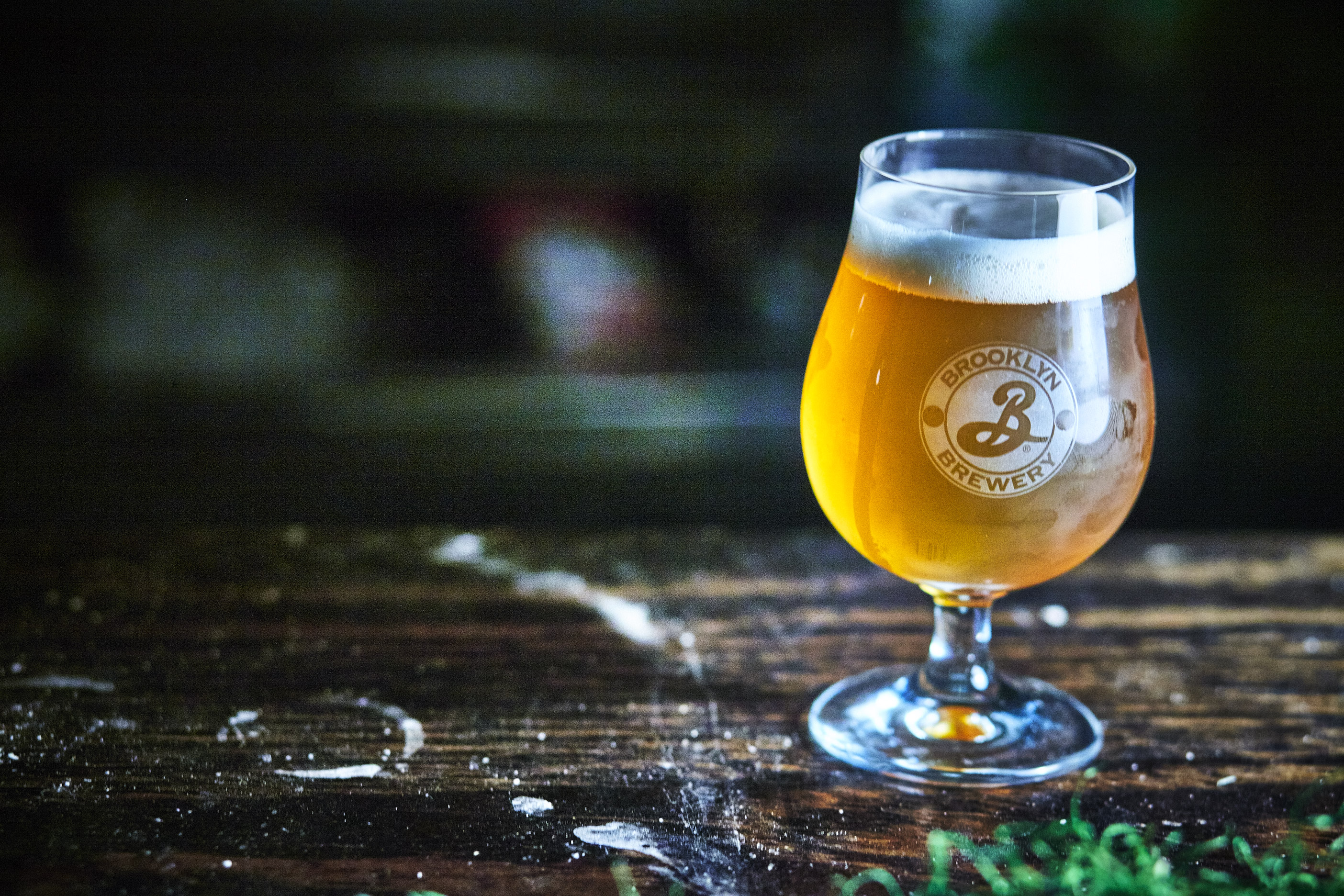 One of the only things that Brooklyn Brewery’s Beer Mansion doesn’t promise is an actual mansion—but with live music, one-of-a-kind games, art exhibitions and a range of beer tastings, it’s just as indulgent. The traveling event made its Brooklyn debut last year, and returns once again for a weekend of beer, and beer-adjacent activities. Held below the soaring oculus inside Williamsburg’s restored Weylin building, the lineup includes food vendors from El Atoradero to Pig Beach, and all of the Brooklyn Brewery tastings you can handle (plus pours from fellow breweries like Mikkeller and Transmitter Brewing). (Friday, April 13–Saturday, April 24; admission 21+, $65-$120 when purchased in advance). 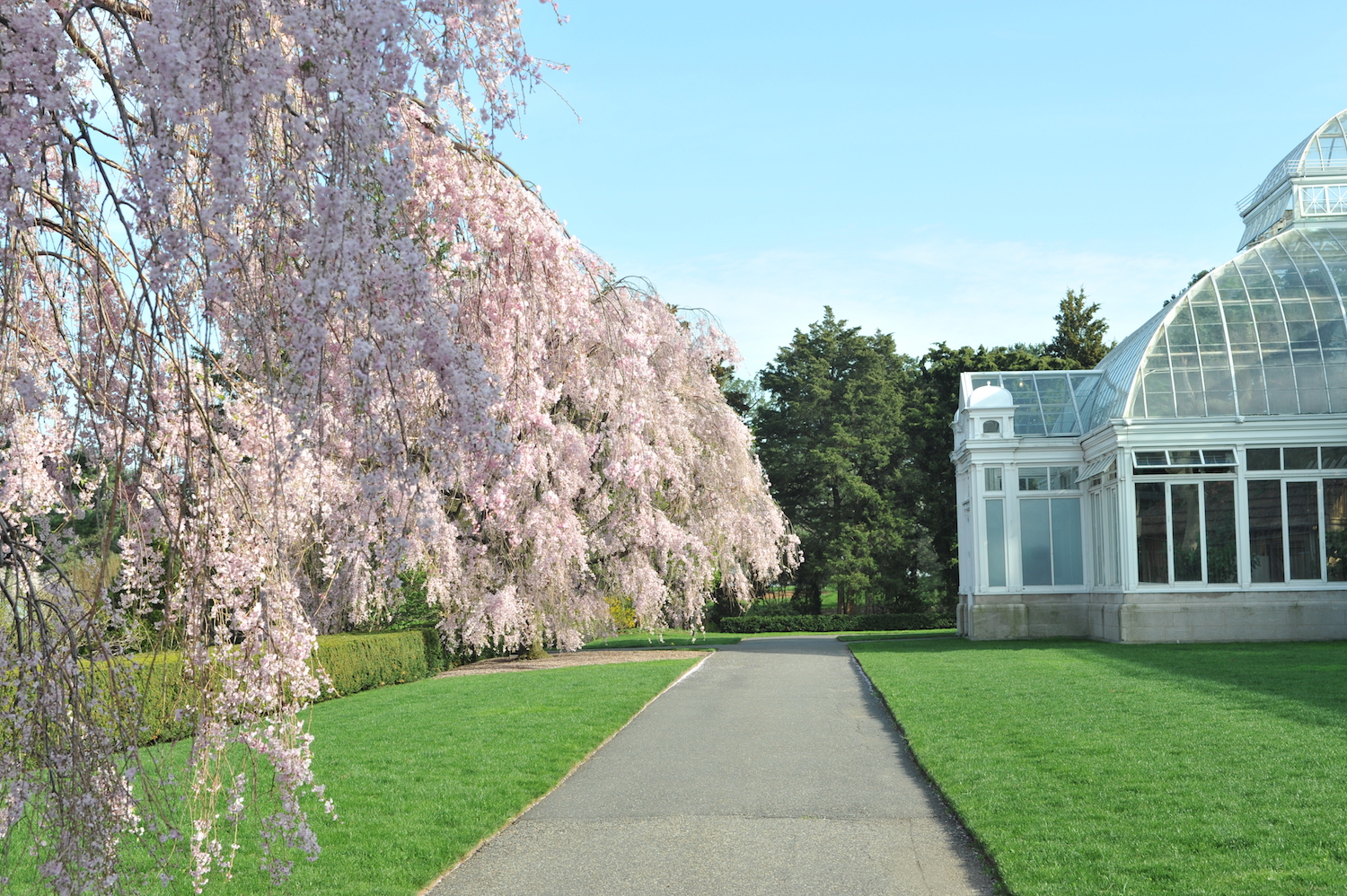 The borough may never grow tired of the annual Cherry Blossom festival, Sakura Matsuri at Brooklyn Botanic Garden. Throughout April, the gardens burst with 220 cherry blossom trees, peaking at the end of the month with a weekend celebration to mark the finale of the flourish. Known in Japan as Hanami, the traditional celebration is all the more vibrant in Brooklyn, complete with a roster of live music, food vendors and thrills—from tea ceremonies to origami workshops—in the midst of pink-petaled bliss. (Saturday, April 28–Sunday, April 29; admission $30 adults, $25 seniors, $25 students, free ages 12 and younger) 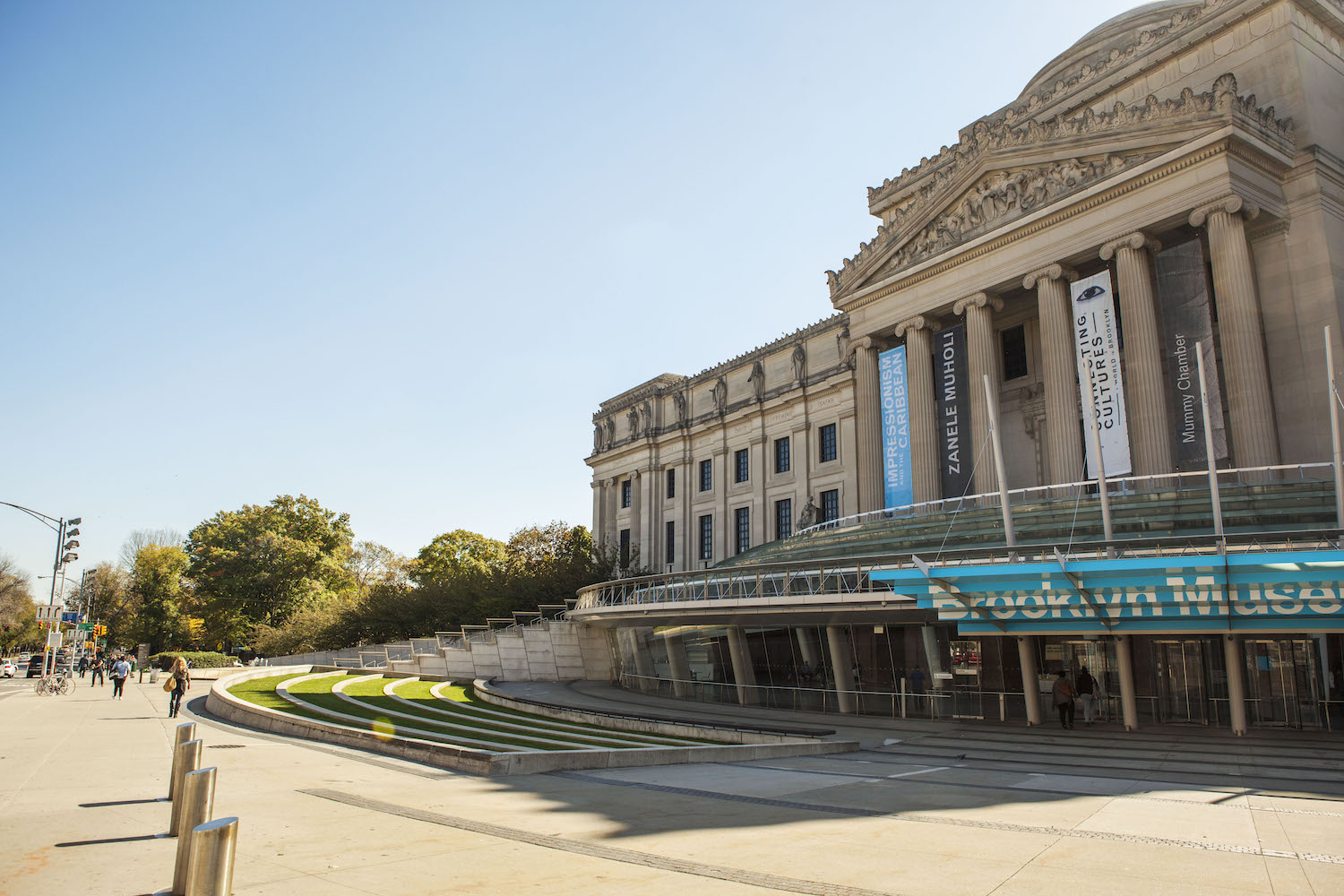 An exhibition nodding to David Bowie hit a fever pitch during its stateside debut at Chicago’s Museum of Contemporary Art (the tour started first at London’s Victoria and Albert Museum). And now, it’s rolling on over to Brooklyn Museum, where it’s more comprehensive than ever before. Called David Bowie is, over 400 curated objects survey the icon’s colorful personality—expect dazzling stage costumes, handwritten lyrics and a trove of more personal items like a set of Bowie’s keys to his apartment in Berlin as well as memorabilia from his childhood in London. (Through July 15; admission $20-$25 adults, $12-$16 students and seniors, $6-10 children, free ages 3 and younger)

Fans of Twin Peaks will need to hold out until May for David Lynch’s Festival of Disruption. The filmmaker’s festival, after two years of wild popularity in Los Angeles, is now making its Brooklyn debut. A curated lineup of musicians (from Animal Collective to Jon Hopkins) along with a variety of acts (from film screenings to live talks) will round out the unique festival—chief among them, a talk series by Lynch himself, and a special screening of Blue Velvet with an appearance by actress Isabella Rossellini. The festival takes place inside Brooklyn Steel which opened this time last year as the biggest venue of its kind in Brooklyn with three bars to boot. (May 19-20; ticket prices vary) 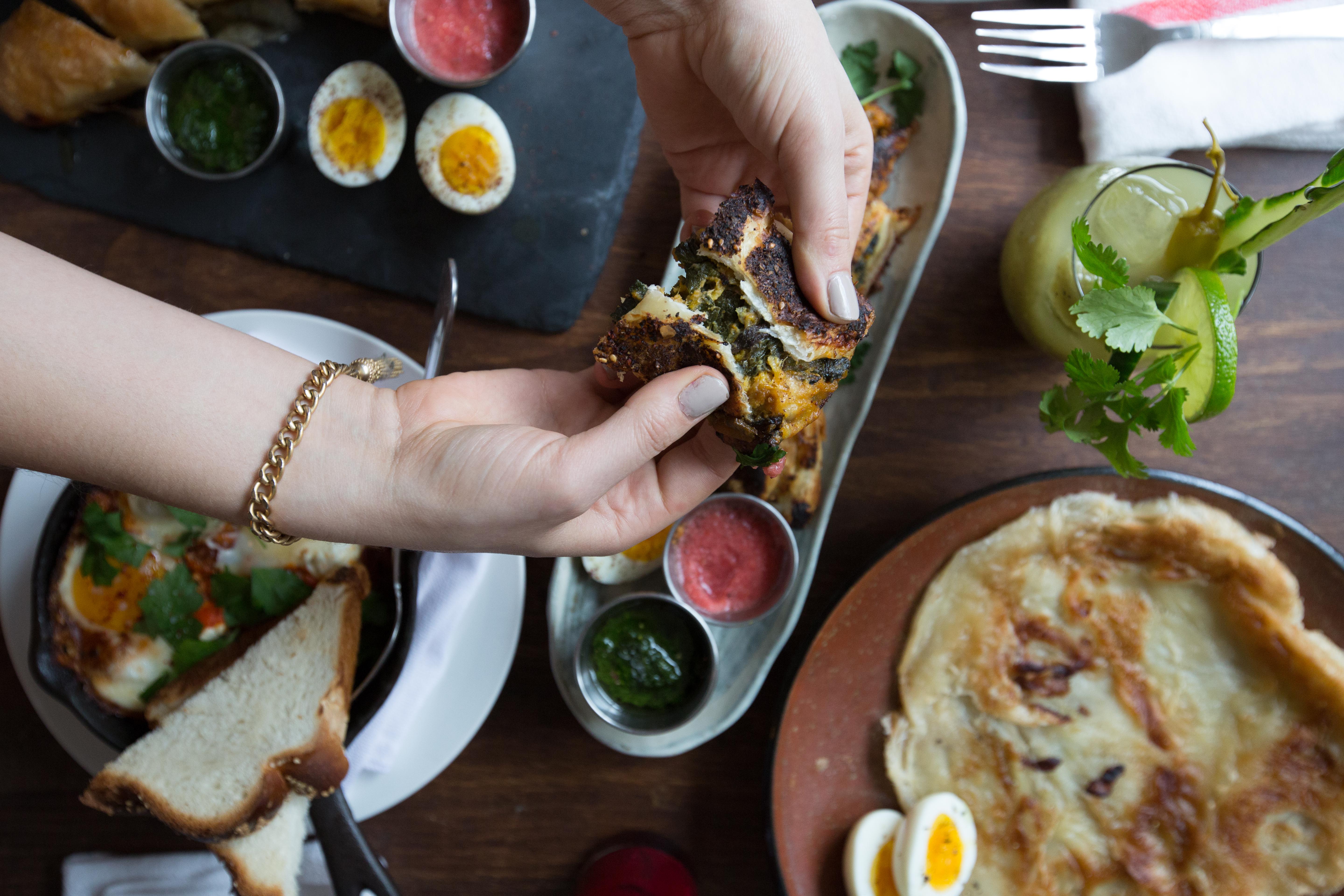 If you missed The Bloody Mary Festival, fear not: The spirit abounds in spring with a handful of first-ever brunch menus from of-the-moment restaurants. Just over a year old, Miss Ada, a mere half-block from the leafy Fort Greene Park, is among NYC’s latest batch of modern Israeli joints and has just debuted a brand-new Sunday-only brunch menu. The dishes take on traditional Israeli staples with a creative spin; think Shakshuka with challah, but also more curious items like Jachnun, a house-made pastry somewhat like baklava, but savory. Better yet? The menu pockets five different takes on the Bloody Mary—consider yourself spoilt for choice.

Adding to Brooklyn’s brand-new brunch lineup, Olmsted—an ingredient-driven Prospect Heights restaurant rarely seen without a line out the door—just debuted its first-take on brunch. Opening up its backyard garden (a working garden, for what it counts) for spring, the menu brings unusual flavors like butternut squash bread, homemade yogurt and granola (topped with honey made by the chef’s father), and crunchy egg rolls filled with cheddar, steamed eggs and bacon.

A New Face for a Familiar Place 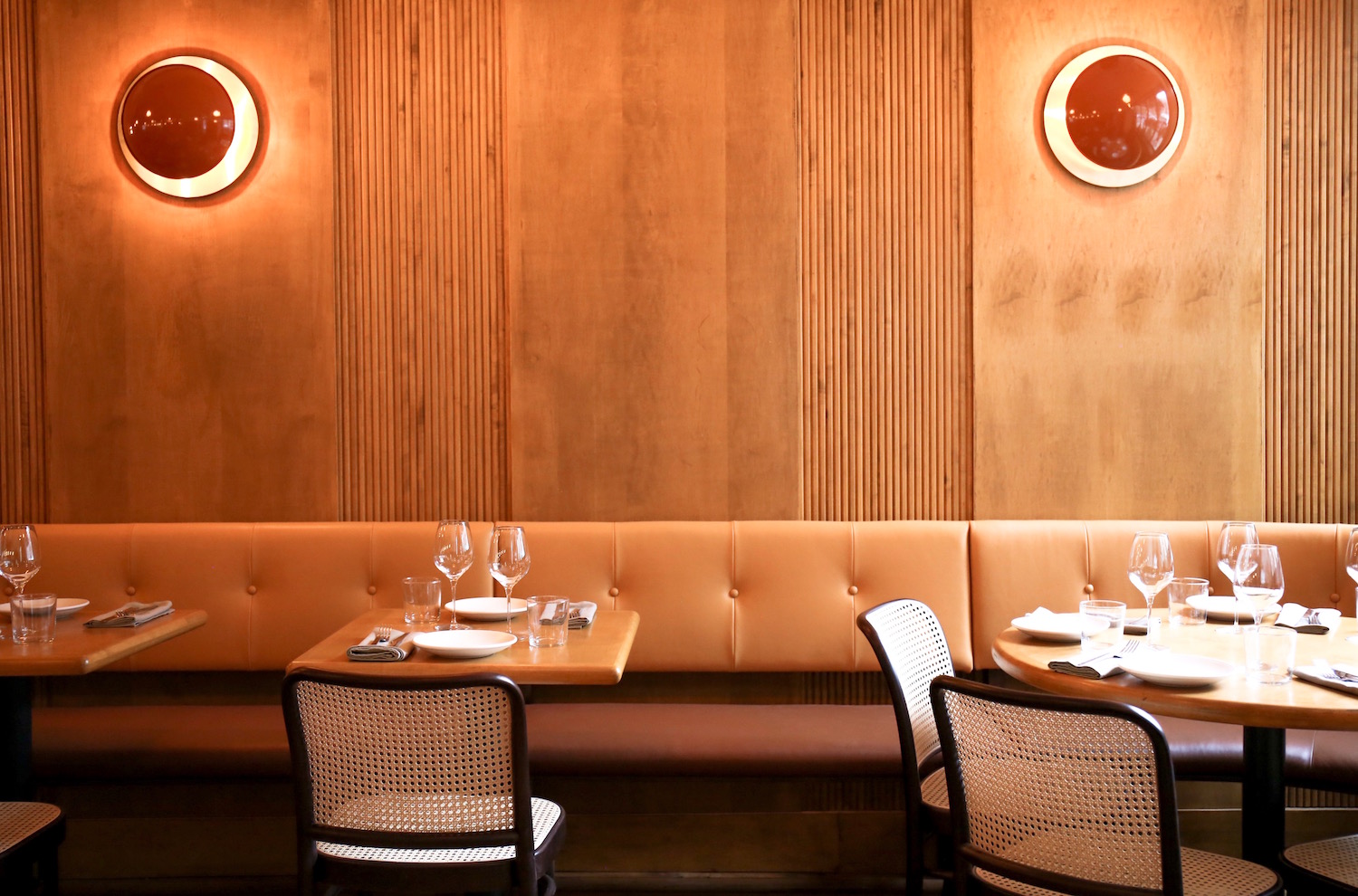 When news of Franny’s closure spread (one of Brooklyn’s most “Brooklyn” restaurants, beloved for its wood-fired pizzas) its Park Slope location had big shoes to fill. Now, the new Fausto is filling those shoes—and doing so without losing Franny’s flair (it’s using the original wood-burning ovens). Instead of pizza, Fausto brings house-made pasta to the table, an elevated interior (think Venetian-plastered walls and a travertine-and-marble bar) and a carefully curated wine list. 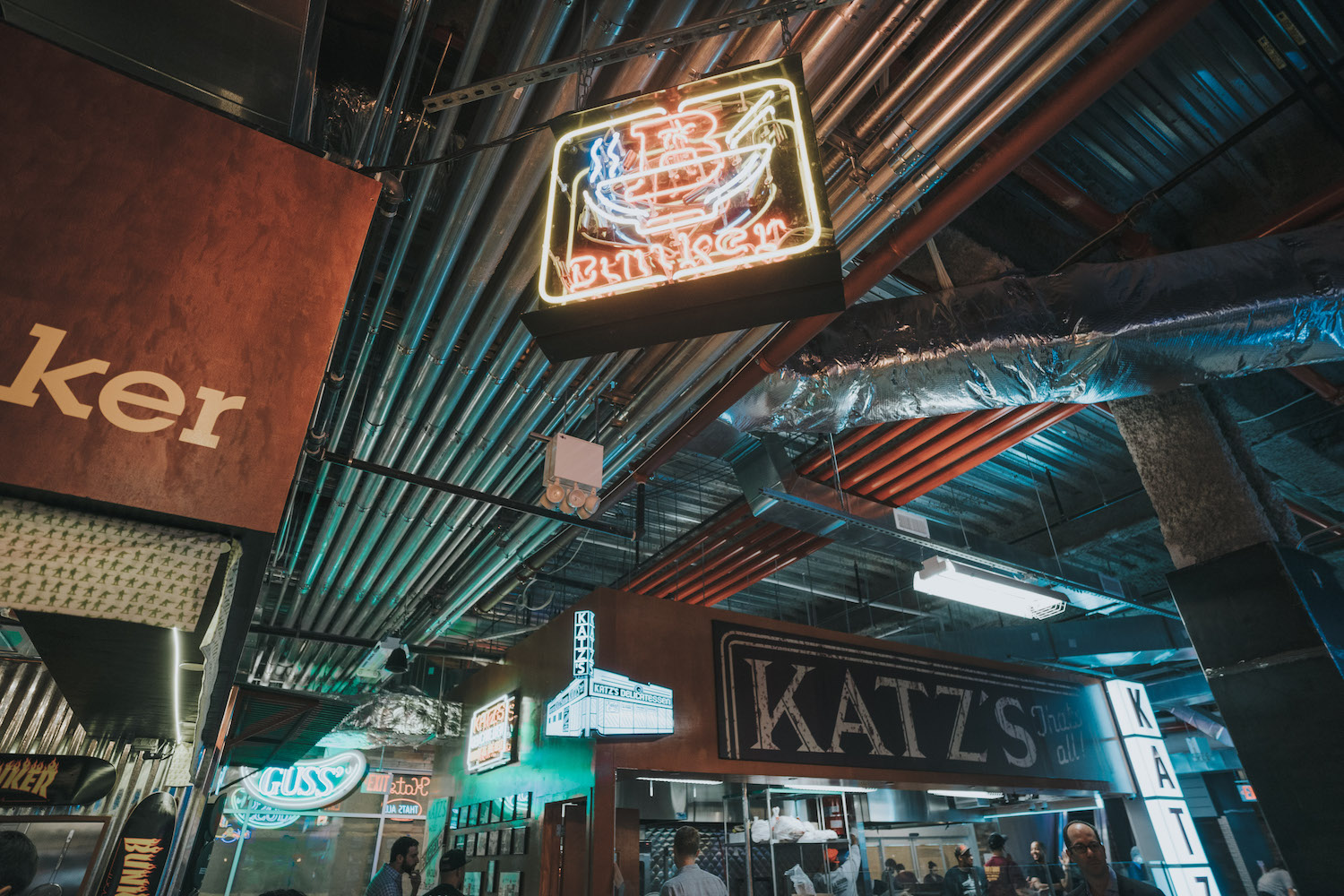