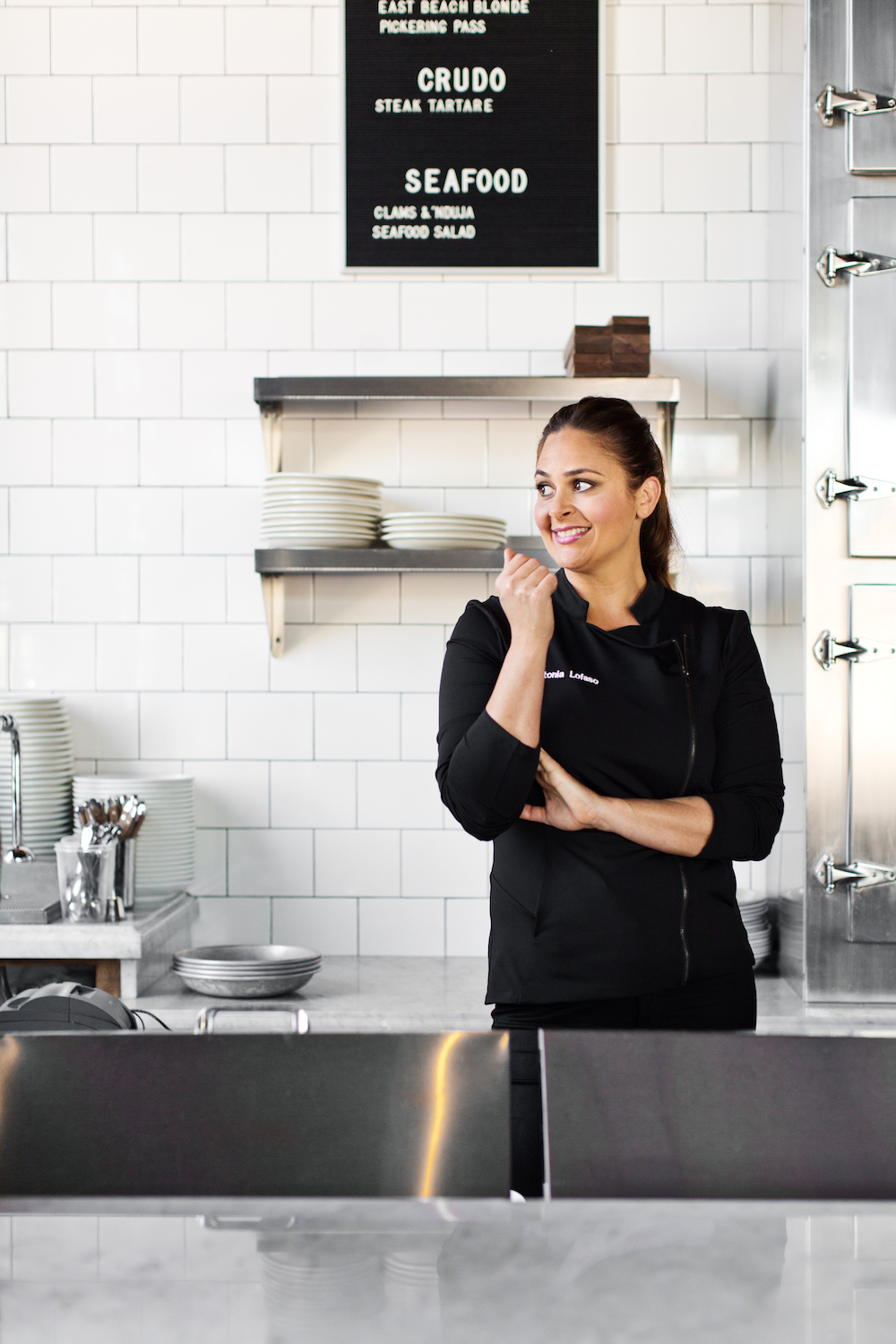 Renowned celebrity chef Antonia Lofaso has been in and out of kitchens her entire life. Her parents owned Freddie’s of New York Deli & Café in Los Angeles while her grandparents operated multiple pizzerias around Long Island.

“Food was always a part of my family and I wanted to be around food and restaurants as I loved the fast dynamic,” the Plainview native said.

Drawing inspiration from the heartfelt Italian cooking of her mother, grandmother and aunt, she decided to break into the culinary world. She attended the French Culinary Institute in New York City and then worked as a chef at Los Angeles restaurants Spago and Foxtail.

In 2011, she became the co-owner and executive chef of the Los Angeles restaurant Black Market Liquor Bar and two years later Scopa Italian Roots. She is also recognized for her roles on Top Chef, Restaurant Startup and a regular judge on Food Network.

From April 26-29, Long Islanders can catch her closer to home as the official chef of the Longines Masters of New York, one of the most prestigious events in the equestrian world. She will be curating a gourmet menu for the grand finale of the International Show Jumping Series when it makes its debut at NYCB Live, home of the Nassau Veterans Memorial Coliseum. I caught up with Lofaso before the big event to talk television, menus and care-free days on Long Island. 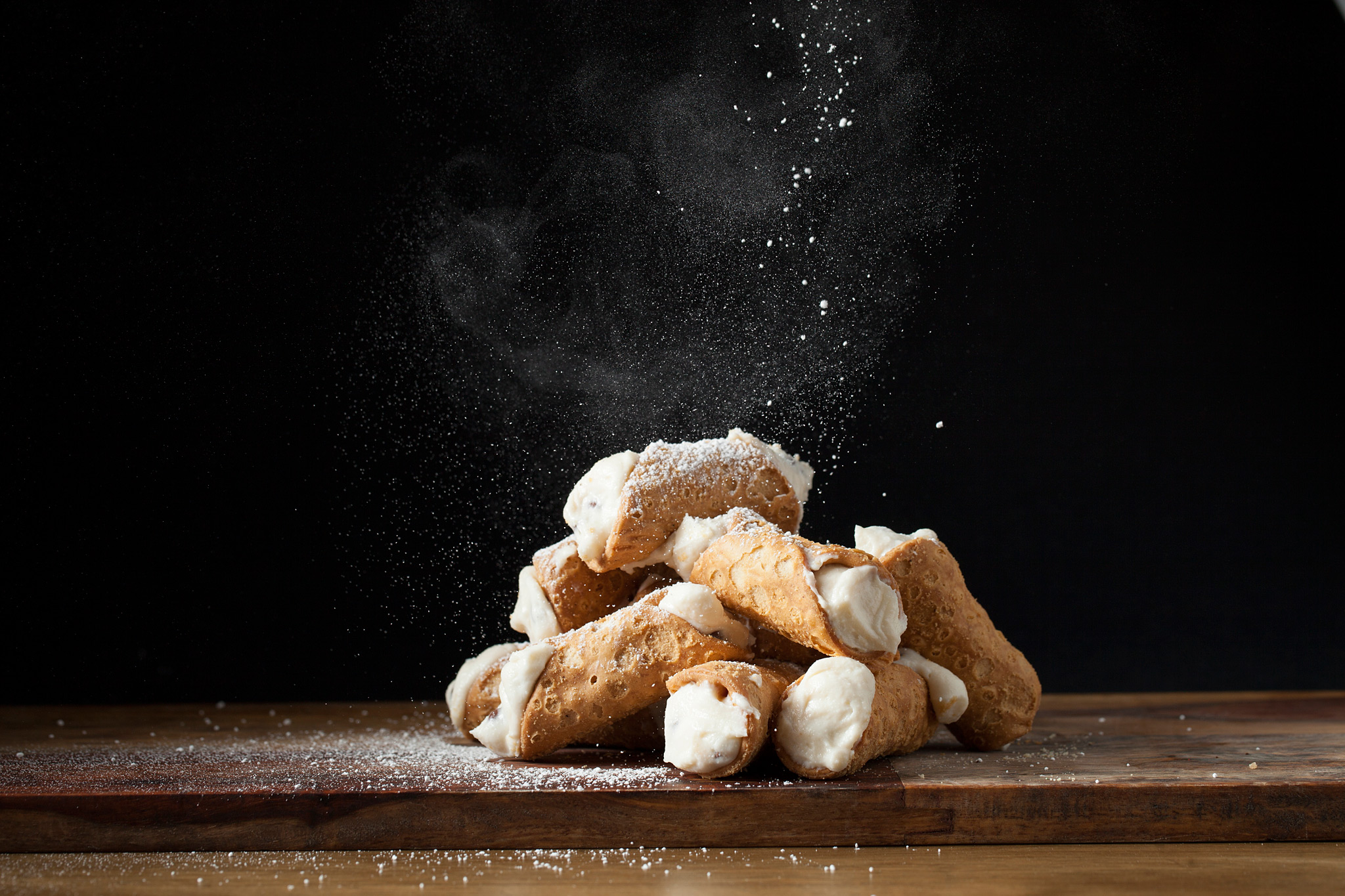 How has being on Top Chef and other television shows impacted your perspective on food?
It opened my eyes to see that there is this whole world out there that loves food and that there is an opportunity to entertain and educate. It’s what chefs even do in our own restaurants. Doing it more on a global scale, there’s also an education behind it that makes me realize there are so many new cuisines I’ve never experienced. Food brings people together and we learn so much about their backgrounds this way. Being on national TV gives me a broader platform to do everything that I’m doing and to spend more time with people all over the world because anything could be brought in, in a matter of seconds.

How does it feel to be chosen to curate the menu for the grand finale of the International Show Jumping Series?
I’m extremely honored to have been chosen…My Chef de Cuisine is from France and she’s so honored to be a part of an event that is so prestigious in her country. On top of that, with the event ending in my hometown, it’s the perfect icing on the cake. I’m doing a menu that’s inspired by the cuisines that inspired me.

Can you give us a sneak peek of the menu? What do you have planned?
The menu is really a tribute and homage to my American/Italian heritage. With the finale coming to Long Island, there’s a sense of coming home. Having opened Scopa five years ago, it’s interesting and fitting to go back to my roots with this menu. The Longines Masters of New York is such a high-end event and I’m excited to bring the rustic, familial feel of Italian food and make it beautiful while keeping its origins as food that satiates the soul.

The first course will be a shared course with meats from Italy, cheeses like fresh ricotta and burrata, spring vegetables, antipasti and ingredients like crispy squash flowers. It will be a menu with quintessential Italian food plated beautifully for the guests in the Masters Club [VIP section].

What else do you plan on doing while you are in town?
Usually when I come home to Long Island, I spend most of my time in Babylon. There are a couple of really good restaurants that I visit while I’m there…My favorite place on Long Island is easily Mulberry Pizza in Babylon. Usually I’ll start at Pastosa, where I’ll buy some mozzarella, seeded Italian bread and sausage rolls, and then head over to Mulberry Pizza for a couple (or three or four) slices of grandmother’s pizza.