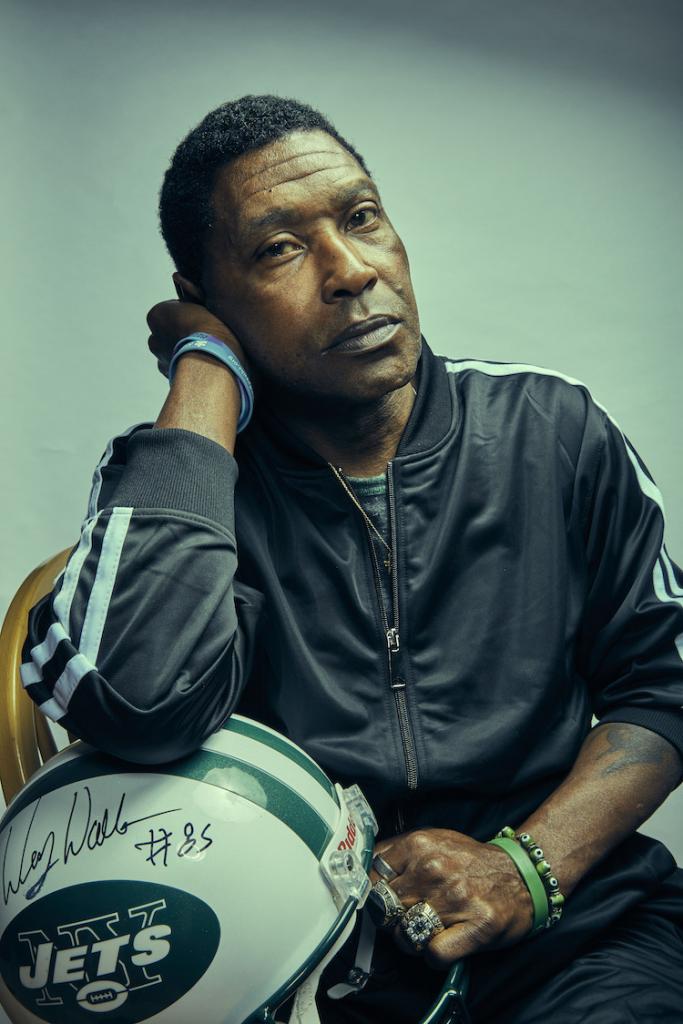 Former New York Jets player Wesley Walker has long been vocal about the consequences of playing football. The California native, who played from 1977 to 1989 and was inducted into the Jets’ Ring of Honor in 2012, has struggled with back issues since 1986. It once got so bad he couldn’t bend over to touch his toes. There’s also a persistent tingling and numbness throughout his body that never goes away. In 2016, Walker opened up about his post-playing ailments with Pulse and expressed disappointment over the NFL’s lack of compensation for players like himself. Two years later, he said not much has changed.

Just recently, Walker’s former teammate, Mark Gastineau, who has dementia, Parkinson’s and Alzheimer’s, pleaded in a radio interview for NFL commissioner Roger Goodell to help him. Gastineau’s diagnosis follows the controversy surrounding CTE, or a degenerative brain condition called chronic traumatic encephalopathy that can lead to dementia. Currently only detected through an autopsy, CTE has been linked to more than 100 deceased NFL players. In a followup interview, Walker, a Long Island resident since 1978, spoke more about CTE and persistent problems with the NFL.

Tell me about the settlement that the NFL reached in 2013, which is supposed to compensate players over concussion-related brain injuries.
I [attended an event] for head trauma and concussions a couple of years ago; [ex-Jet] Curtis Martin and [ex-New York Giant] Harry Carson were there. And Dr. Bennet Omalu [a forensic pathologist who first linked CTE to football players] spoke and he hit home for me because he felt that kids 15 years or younger should not play contact football…When you think of the guys that committed suicide [or] the poster boy [legendary Pittsburgh Steelers center] Mike Webster, even though he has a family that should be provided for with this whole settlement thing, I don’t think anything has ever been done. The question for me would be since this thing has been settled—the concussion protocol thing—who has gotten any benefit from it?

Have you or any players that you know received any compensation from the settlement?
There is not one player that I know who knows what is going on, or they’re waiting for their attorneys to set up a date for the process of what the NFL has for doctors, and they’ve been overwhelmed. I don’t even know if it is a viable situation. And I know players, guys that I played with, have been diagnosed with things like Alzheimer’s or Parkinson’s. One of them is Mark Gastineau and one is [ex-Jet/Washington Redskin] Richie Caster. And even if they had their own doctors diagnose [them and say] that they 100 percent had it, even if you fight the NFL, there are no guarantees you’re going to get any benefit from it. That’s the scary part.

I hear some of the players, and one of them was my teammate, Marty Lyons, who was at this conference a few years ago with Dr. Omalu, and said, “I knew what I signed up for.” And I’m like, “OK, I know there is a risk of injuries that I have, but the way I feel right now, I would never have played the game.” The way my body feels, I would not want to be in this situation. I did not sign up for that, but you don’t know until you’re taking shots, or trainers are trying to convince you to take certain pills.

But there are a lot of players who would not change it for the world; that’s their every right. I think that has to do with the money that they’re making, too. I’m not into it for the money. My body, my health and feeling good is something totally different. Every day, I wake up, and I’m like, “Why did I even do this?”

Mark Gastineau recently pleaded publicly to NFL commissioner Roger Goodell for help.
I spoke with Roger years ago when I had my neck surgery, and he was like, “We’re taking care of you, right?” And I was like, “No, you’re not.” You have to fight for everything…and you may not even get the benefit. It’s all the criteria of what the NFL put together, but I’m just not so sure they have it all together where these guys are going to be compensated. You obviously don’t want dementia, Parkinson’s or Alzheimer’s. And when I heard Gastineau say he has all three of these things…something’s wrong.

Do you have advice for high school students who are considering playing football?
I would never keep a kid from playing sports and it’s up to each individual. But one of the things that is scary is, I remember this friend of mine whose sister had a son who had a couple of concussions, and he still wanted to play. I sent him the information of what Dr. Omalu said and called him to say what my experiences are…but he still wanted to play.

And as you discussed in the last article, you suffer from a variety of physical troubles as a result of playing football.
Most of my major surgeries came after my career. I retired in 89, and I’ve had both my shoulders reconstructed, my knee cleaned out, my neck, my back…it’s all from playing football. This is what can happen, but it’s still your choice. But once you have several concussions—I don’t know if it’s going to take one, two or three—why would you want to still even do it? That’s the mentality of the athletes who love to play the game. I don’t know why you would want to take that chance. And I did it myself.