Considered one way, the body is the greatest machine. It runs constantly until we die. Even when we sleep, our machines are working: pumping hearts, moving blood, processing food, breathing.

The range of work the human body is capable of is staggering. The same machine that builds skyscrapers can be repurposed to create Faberge Eggs or eggs Florentine or Great Expectations.

To learn how to attain the highest-functioning human machine, we sought out those whose bodies must continuously meet rigorous standards of excellence: athletes. We spoke to them about how they set and attain those standards.

This story isn’t a promise—reading it won’t turn you into an Olympian, a volleyball player or boxer. But it will give you some idea about how people who rely on their bodies keep them in shape. Remember: Not every machine needs to be a race car, because not every journey is a race. But every machine needs upkeep to continue performing its work, whether that work is running marathons or taking the grandchildren sledding. 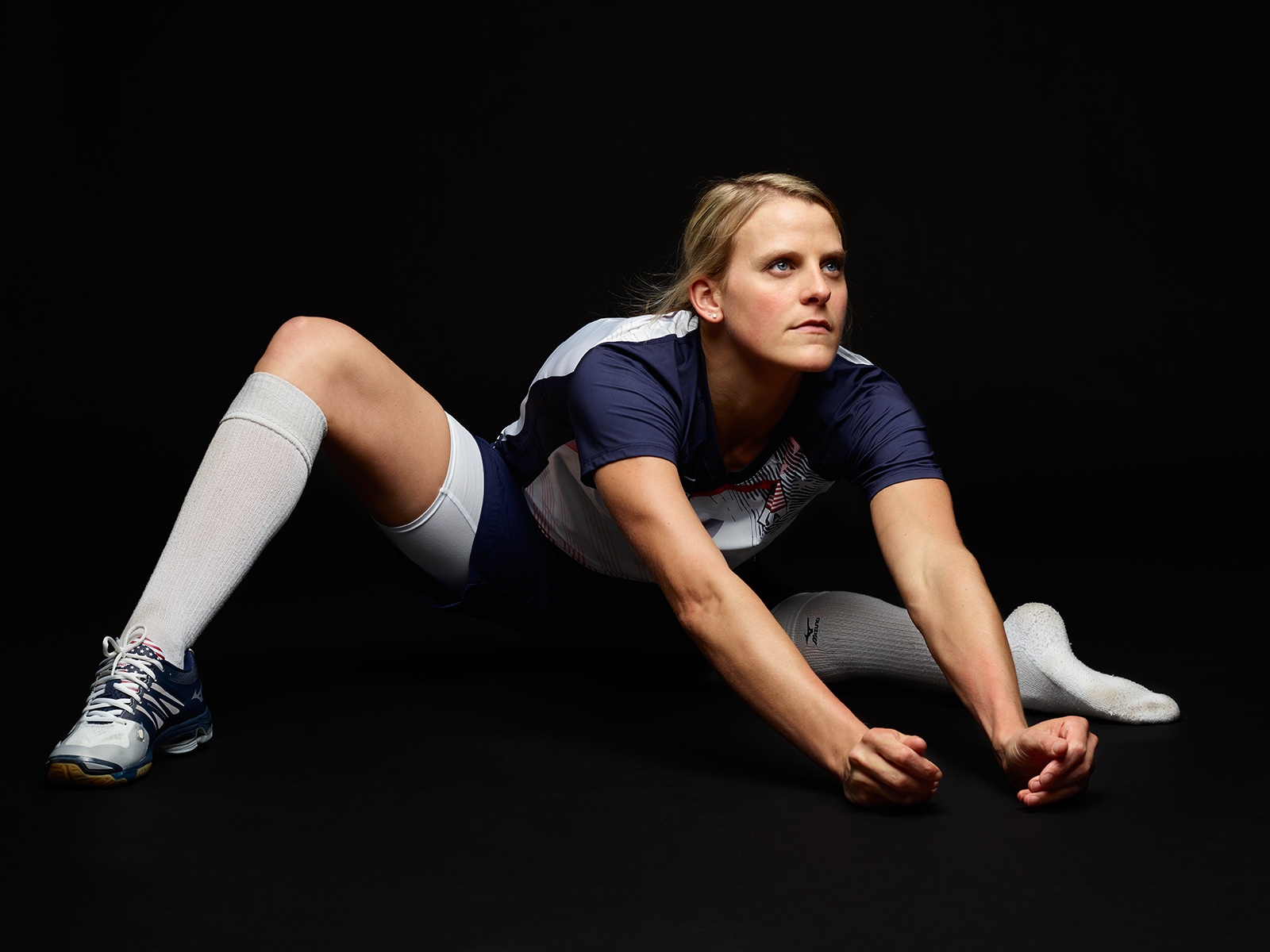 Lora Webster learned early in life about the body as machine. She was diagnosed with bone cancer at 11 and her parents allowed her to make a decision that impacted the rest of her life. Looking at a range of treatment options, Webster had just one thing in mind: getting back on the field as quickly as possible.

“When I heard I had cancer, I said, ‘soccer starts in the spring. Will I be done then?’” Webster recalled. Given her athletic ambitions, she opted for a rotationplasty, an operation in which doctors amputated her leg, removed the cancer and then refashioned Webster’s ankle into a functioning knee. This “repair” also reshaped Webster’s life.

Now 31 and living in Point Lookout, one gets the sense that Webster would have succeeded no matter which body she ended up in, but she certainly made the most of the machine she was given. Growing up in Arizona, Webster played able-bodied sports for about a decade. She played four years of high school volleyball, winning a state title in 2004 as well as the Gene Autry Courage Award.

The unusual shape of her body drew attention but she never sought to conceal it. In high school, she participated in dive meets without her prosthesis. “I would just hop out there on the board and let them stare. I didn’t want to hide anything.”

A mother of three, Webster now speaks to youth and school groups, urging children not to ignore others who use different bodies to navigate the world. She is also a mainstay on the U.S. Sitting Volleyball team.

Asked what particular body parts are taxed when playing sitting volleyball, Webster laughed. “Really, it’s your booty. It’s a myth that adaptive sports are easy on the body. You’re sliding around on the floor and if you’re someone like me who wasn’t blessed with a large booty, you hurt all over!”

The team is headquartered in Oklahoma and many members live at the facility, but Webster prefers Long Island. She travels west once per month for training and competitions. She finds it hard to train in New York because sitting volleyball setups are rare, but she has help. “We have a trainer who sends us programs and another trainer to work on volleyball,” Webster said, adding that she walks, runs and exercises with her husband. “We make a lot of it up as we go along. I carry my kids around a lot—more than I should.” 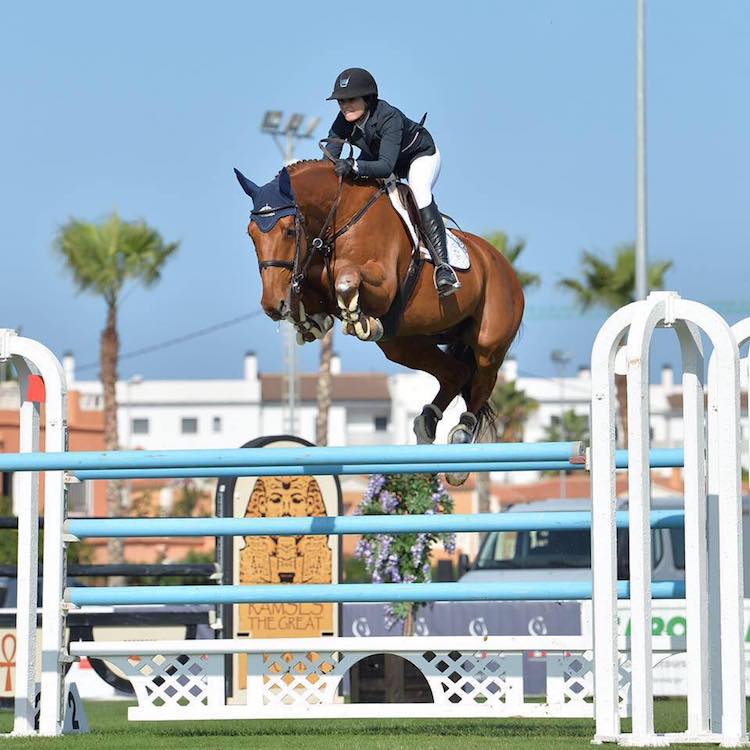 Reed Kessler was born in New York but moved to Kentucky as a youngster to pursue equestrian sports. This month she will be returning to her birthplace to compete in the Longines Masters series, one of the most prestigious events in the equestrian world.

Kessler made a sensational breakthrough into the international showjumping ranks in 2012, collecting numerous accolades and becoming the youngest U.S. showjumping competitor ever to appear in the Olympic games. But early success is no guarantor of continued prosperity. Kessler is still a self-confessed “gym rat” who trains hard to maintain fitness and makes injury avoidance a priority since showjumping is physically punishing.

“I like to mix up my training to avoid a plateau,” Kessler said. “I do three days a week of high intensity work, normally in the model of a Barry’s Boot Camp class.” To add variety, Kessler also engages in strength training, steady cardio, yoga, jumping rope and weekly kickboxing classes when she’s not touring.

Kessler said discipline and routine are essential to keeping herself injury free. “Showjumping definitely takes its toll on the body, but it can affect people differently.” Common showjumper complaints include lower back and hamstring pain, but Kessler’s body type and riding style seem to strain her hips and knees. “I have to constantly stretch out my psoas, hip flexors and work on my hip mobility. I get secondary pain in my knees and sciatica when I don’t do my homework with stretches.”

She advocates leaving time both before and after training sessions for preventative maintenance. “I need to stay diligent to always leave time for cool down and to mix yoga into the routine before climbing on my horse.”

Oh, right. There’s a horse involved…While Kessler is jumping rope and kickboxing, her horses are also training hard. She described a showjumping animal’s weekly workload: “A week for one of my horses generally includes a day of flatwork or pole work, a day of gymnastic jumping exercises, a day working on the lunge, a day jumping course work, a day of gallop on the race track, a day of flatwork or a hack in the woods, and a day off on the walker or the treadmill.”

The payoff for all this rigor and discipline isn’t just pats and treats (although pats and treats are greatly appreciated). For Kessler and fans of the equestrian sports, the goal of the entire enterprise is the parallel peaking of horse and rider. “That’s the beauty of showjumping: Two athletes have to be in form at the same time.” 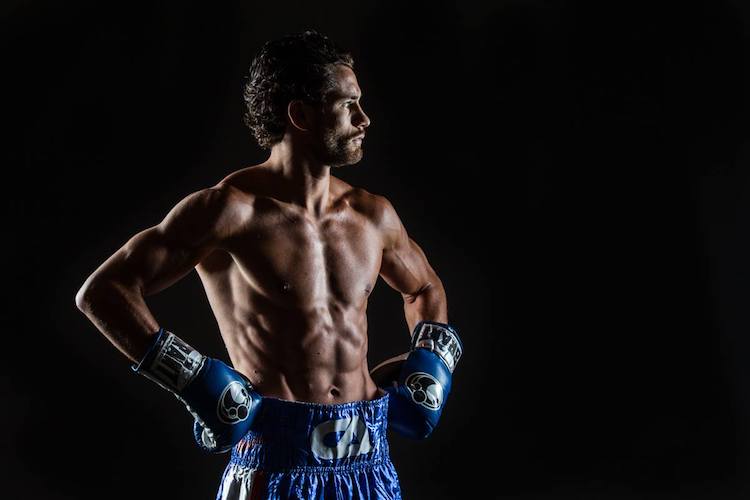 Chris Algieri, “the Pride of Huntington,” is accustomed to challenging himself. In only his 21st professional fight as a boxer, he moved up in weight to fight all-timer Manny Pacquiao. He lost a decision but earned the respect of the boxing world.

Algieri was a champion kickboxer prior to transitioning to traditional boxing, and his goal now is to hold belts multiple times in both sports. This requires that he always stay in top condition. “Whether I’m training for a fight or not, I train vigorously,” Algieri said. “I have two sessions per day. One is cardio—I go running, swimming, cycling. I also try to box five days a week and I mix in weight training.”

Algieri said that conditioning is as important as the fists in the ring. “In any fight sport, endurance is the basis. Your heart rate is high, always. It’s like you’re sprinting the entire time. It’s not about how hard you can hit once. It’s about doing it again and again.”

Another vital component of Algieri’s work is nutrition. As the product of an Argentine mother and an Italian father, Algieri says food was always important. But when he wrestled in high school, he began see how it impacted performance. “It started with different ways to make weight. I hated my life. I was dehydrated, skipping meals. I would eat nothing, then binge. I said it has to be better than this.”

Algieri studied health and nutrition at Stony Brook then earned a Master’s from the New York Institute of Technology. He recently became the performance nutrition coach at Stony Brook, where he advises nearly 500 Division I athletes.

What does he do when he should eat, but doesn’t want to? “I dealt with that today. I took a can of tuna and I smashed it with half an avocado and I put it on ciabatta with arugula. I figured out a way to make it appetizing.” And how does he control cravings? He doesn’t. “If I get a craving, I heed that warning from my body. I don’t believe in cheat days or ‘no fly’ foods. I’m in charge of what I eat. If I want a burger, I eat it.”

Of course, if one is looking at the body as a machine, Algieri is what we call a “professional driver on closed course.” Your mileage may vary.