The thrill of the hunt, searching for that perfect antique piece that would lend the finishing touch to a room, is the real fun of antique shopping. Whether the sought-after prize is furniture, fine china, porcelain, glassware, artwork, clocks, memorabilia or even vintage toys, it’s imperative to do preliminary research before heading out. It’s important to know the average going price for the desired item, as well as any authenticity markings to keep an eye out for. Also, it’ll pay off to learn the difference between antique and vintage. Antiques are, typically, more costly, being 100 years old or more. Vintage is a term generally used to refer to items that are newer than that.

The North Fork, especially along Route 25, is well known as the trail to troll for treasures, waiting to be discovered in barns, rummage sales, thrift shops and upscale antique shops. For those ready to think beyond that, though, check out six New York towns to devote a day—or an entire weekend—to an antiquing adventure. 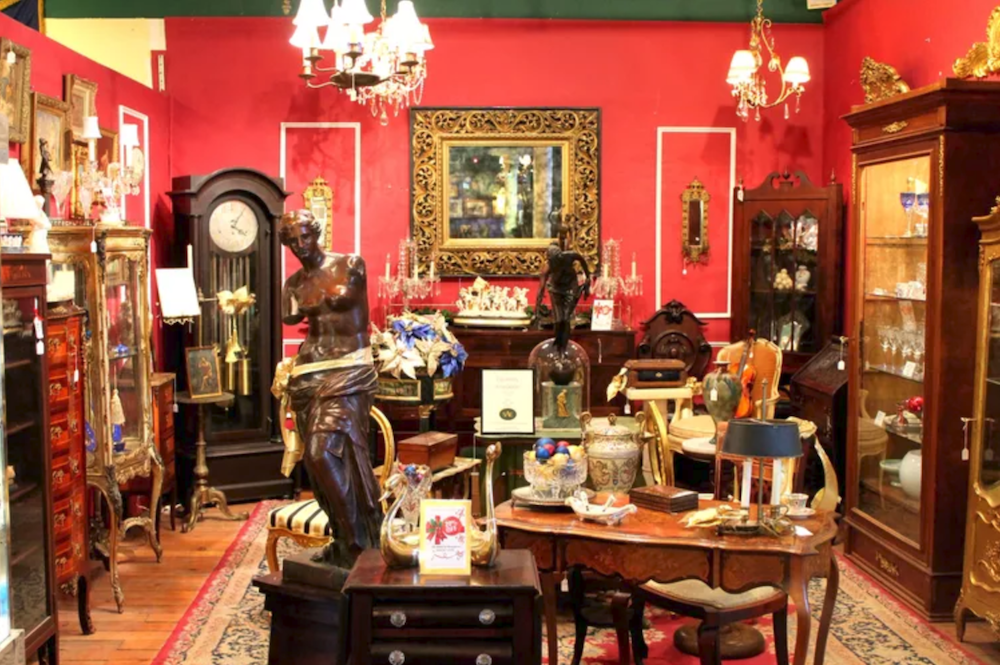 Syracuse is home to the Syracuse Antique Exchange, a massive four-floor property catering to seasoned antique shoppers seeking household items, fine art and rarities. Also, Syracuse hosts the weekend-long Great American Antiquefest at Long Branch Park, which draws happy hunters from around the country. If you’re making the trek for a weekend, consider the Marriott Syracuse Downtown. Set in a historic 1924 building, this genteel property is a 5-minute walk from the opulent Landmark Theatre and has an authentic Irish pub on premises.

For a fun outing, head to Saugerties with seven antique stores within walking distance of each other right in the village. Cute cafes, quaint boutiques and an old-fashioned movie theater can make visitors feel as though they’ve stepped back in time; it’s the perfect vibe for an afternoon of antiquing. Among the popular shops here are Saugerties Antiques Center, Fed On Lights, From Europe to You Antiques, Green and In the House Consignments Home Store. 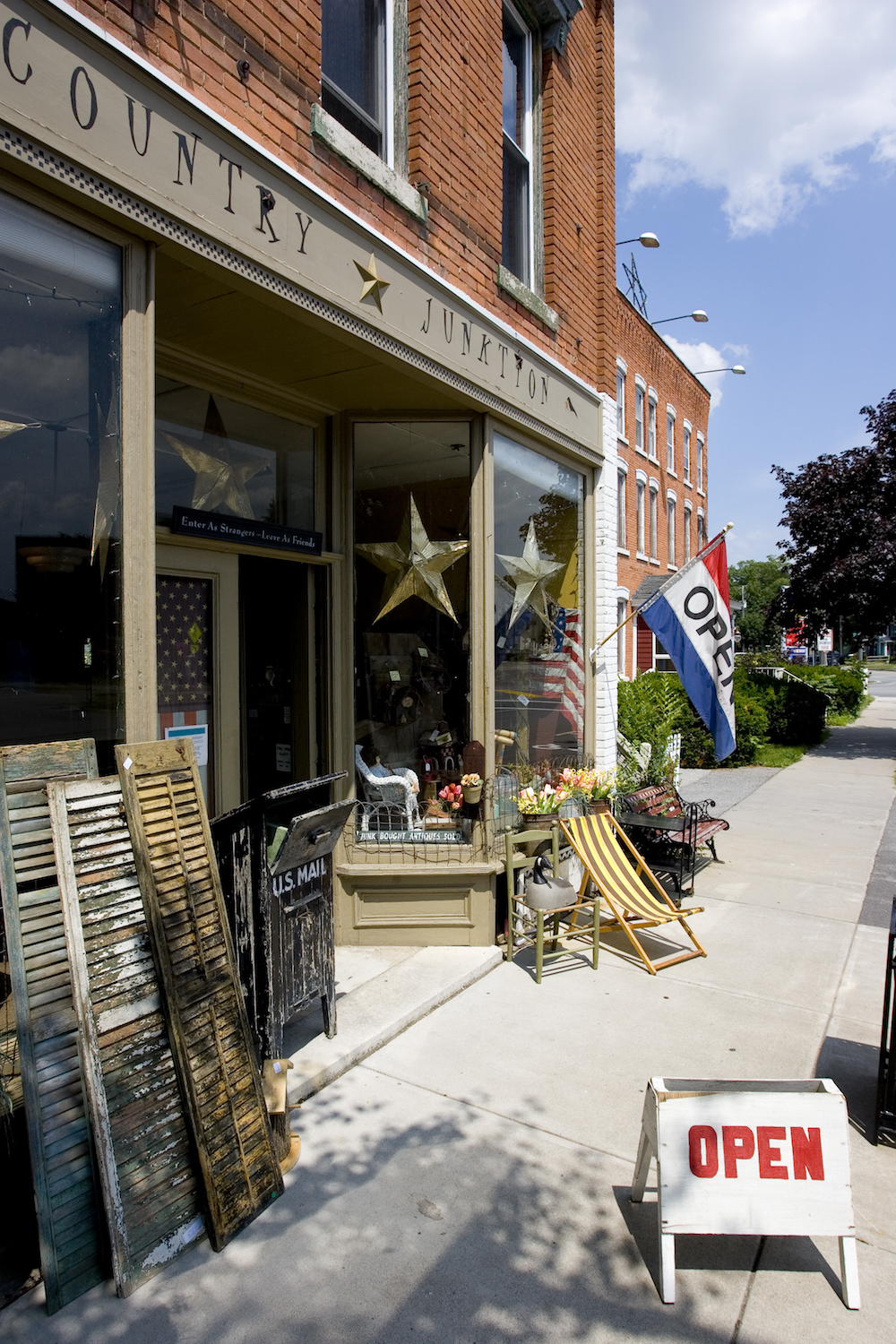 This town half an hour southwest of Rochester may not have name recognition, but it’s quickly becoming a destination for savvy antiquers. Three long-standing, family-owned stores each have a different specialty. McKay’s Antiques on West Main Street is a co-op with three floors of top-quality antiques, primitives and vintage items at a wide-variety of price points. A neighbor of McKay’s is Country Junktion, where shoppers go to find early American collectibles (as well as homemade jam, jelly and salsa). A little farther down Route Five is Fox Farm Antiques, which has a little bit of everything. Those who’ve been searching high and low for a specific piece may get lucky here. The proprietor, Howard, handpicks every item in his extensive inventory. 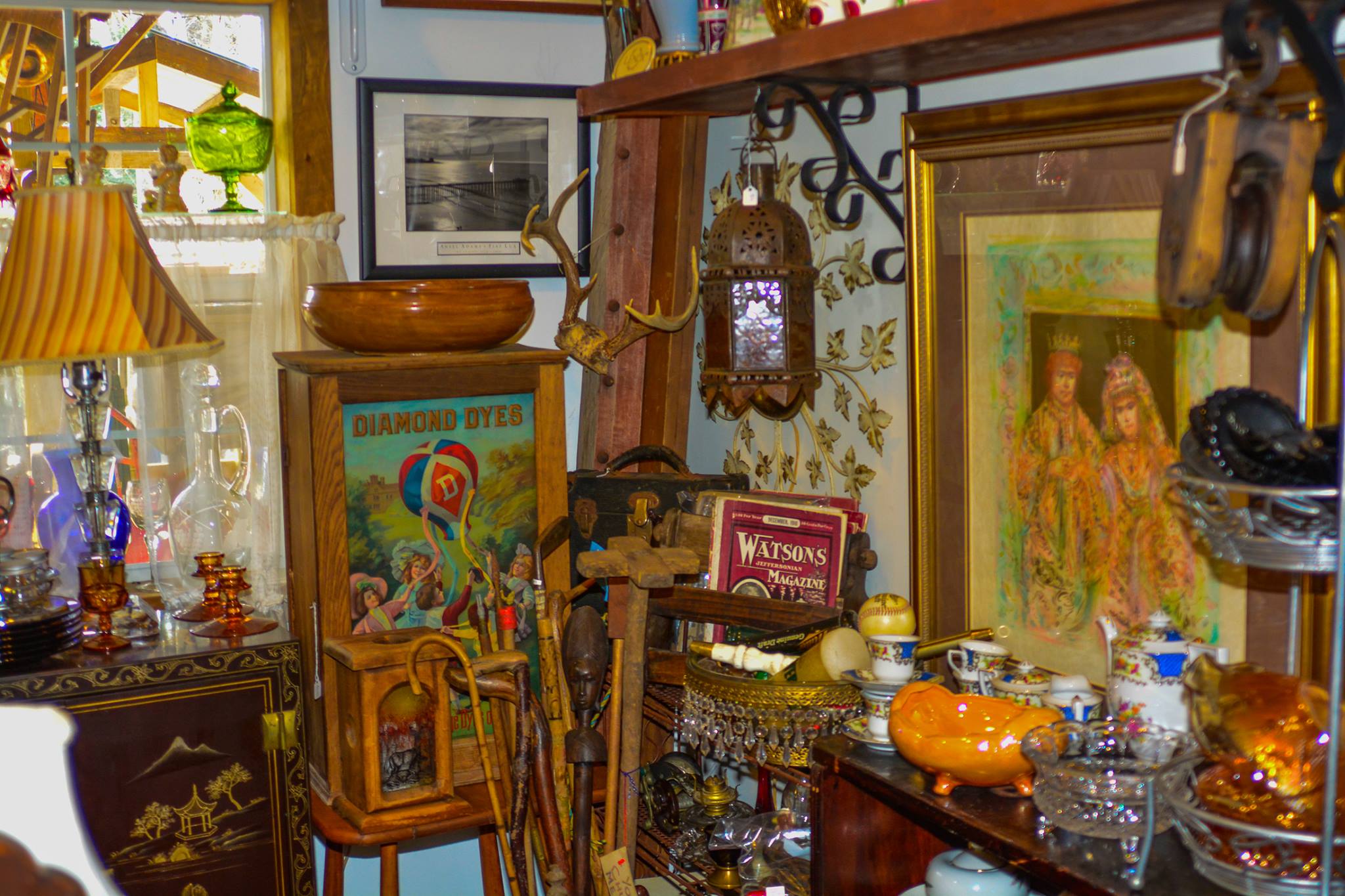 Woodstock actually took place in Bethel back in 1969, not in Woodstock. And the area is still reliving the past, but in the form of three noted antique venues. “Fabulous Chic and Funky” is the motto of In 2 Retro, which showcases high-end vintage and antique pieces chosen for above-average condition and the dramatic impact they make. Laughing Ladies Antiques has eight rooms brimming with curiosities, knick-knacks, furniture, jewelry, silver, crystal and lace. Meanwhile, Gayle’s Vintage Goodes specializes in glassware, lighting fixtures, old prints and postcards, political memorabilia and vintage linens.

Not to be confused with Oswego, 100 miles to the north, Owego on the Susquehanna River, is becoming a spot for in-the-know antique aficionados. The village, along with that of nearby Waverly, has an easily-walkable, picturesque downtown with not only antique shops, but art galleries, diners and historic sites. Among the busiest antique venues in the Finger Lakes region is Early Owego Antique Center, housed in a former 1950’s-era department store building with mid-century modern elements. It’s owned by longtime local resident Jim Mead. The offerings run the gamut, appealing to serious, highly discerning collectors as well as first-timers curious about antiquing. 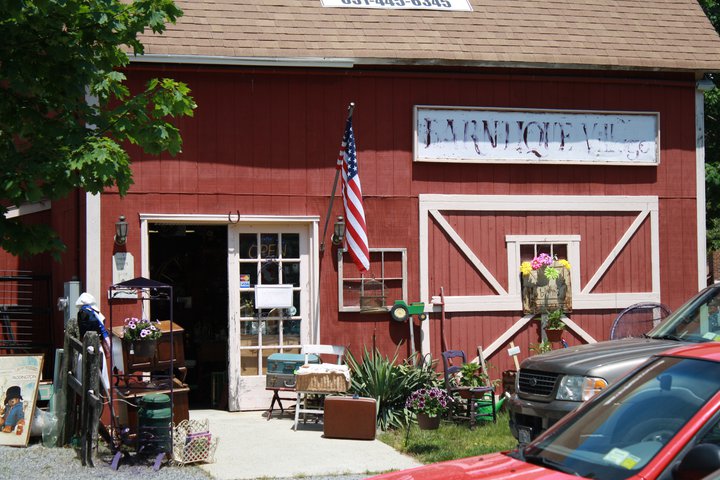 Closer to home is Barntique. What’s Barntique? That’s a question a surprising number of Long Islanders ask. Somehow, this village of 18 buildings (some dating back to 1815) on a farm homestead has stayed under the radar. But those who frequent it rave about the variety of antiques and collectibles in the shops. Each structure is rented out individually, and provides an inspiring backdrop, even if one is just browsing. Out of the Dark Lighting sells lamps and chandeliers, and also rewires and restores lamps customers bring in. Fans of old 78 records will want to head to Karen’s Creations. Karen also sells crafts she makes herself. Krohn’s store, appropriately installed in a 1925 equipment shed, sells old tools, hinges, wheels and the like.