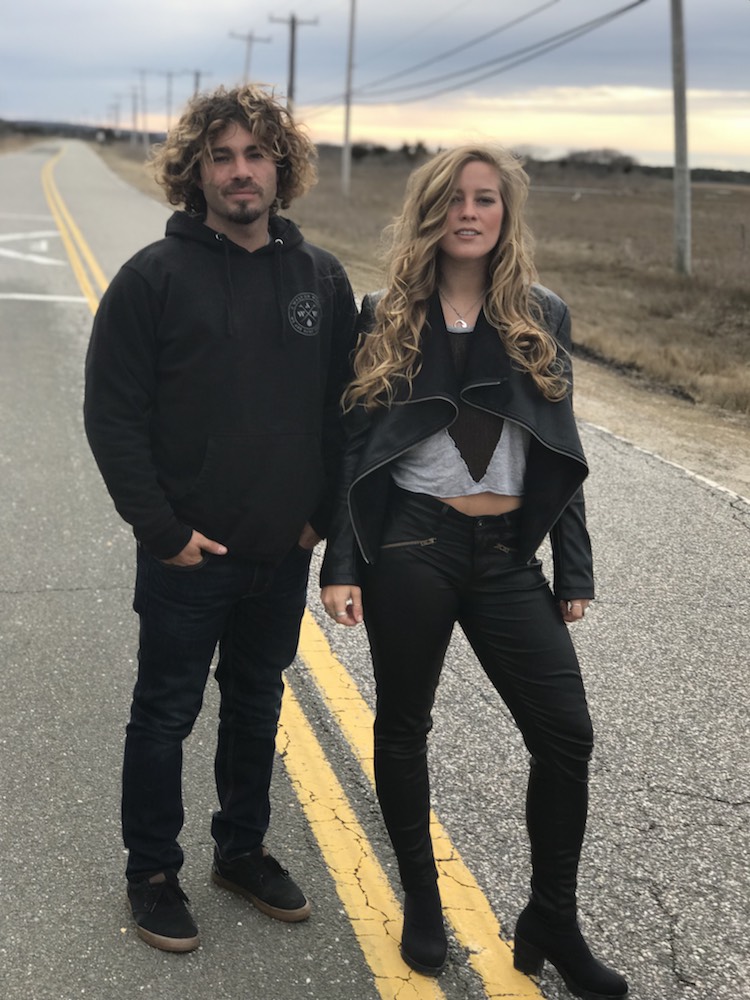 Kate Usher and Kevin Angiulo share a love for two things: music and surfing. The first is what brought them together to start their band Kate Usher and The Sturdy Souls in 2016. The latter is what comes with the territory when living in Montauk.

They met in the East End village a couple of years ago when Usher, 24, spotted Angiulo, 25, playing harmonica on the beach. She mentioned she sings and they loosely agreed to have a jam session one day. It wasn’t until months later when they were both in Rincón, Puerto Rico that they hopped onstage together to perform. The chemistry was evident. “We both looked at each other in that moment and were like, ‘We should definitely do this,’” Usher said. “So I dropped out of college and this became my full-time job.”

Two years later, the alternative soul pop rock band is gearing up to release an EP titled Circles on May 18. It features the debut single “Halfway,” which showcases Usher’s smokey vocal style and Angiulo’s ease with the guitar. The EP is a prelude to their full-length debut expected in September. The album will blend their diverse musical preferences—Angiulo enjoys classic rock and hip-hop while Usher is into electronic music.

The acoustic duo spoke more about their music, surfing and future plans before they hit the stage during all four days of the Montauk Music Festival (May 17-May 20).

What can people expect when coming to see any of your shows?
Kate Usher: If we’re playing as a full band, it’s a lot of energy, a lot of fun. Our sax player really builds the energy for us. And then if we’re playing just us two, it’s a little more relaxed. Kevin beatboxes so it’s kind of like having drums and percussion, but it’s a really cool spin on it. It’s a little more intimate when it’s just us two.

Will it be just you two or a full band at the Montauk Music Festival?
Kate: We’re going to be playing twice a day. For the daytime shows, it will just be Kevin and I doing an acoustic set. Then the nighttime shows that are at bigger venues will be our full band.

How did you both get into music?
Kate: I started singing as a kid. It was always my favorite thing to do and I would have [singing] competitions with my sister and my brother would be the judge…I remember being 5 years old and doing the Disney sing-along videos. It’s always been something that I loved.

Kevin Angiulo: I was an avid athlete for most of my life and I always loved music…When I was about 15 years old, I had destroyed my knee playing sports and I couldn’t really play sports for a long period of time. I picked up the guitar and I taught myself how to play it and the keyboard over the course of a few years. That kind of led into me wanting to take it to another level and play for some more people.

What sports did you play?
Kevin: I played baseball, basketball and soccer. My dream growing up was to be a professional athlete. But then I tore my ACL, my MCL, my meniscus…I had multiple surgeries and I was never quite the same. Once I found music, it was probably the best thing for me because it took me into a whole other path and it allowed me to find myself.

How did your debut single “Halfway” come about?
Kate: I was traveling with two of my girlfriends in Southeast Asia—we were in Thailand, Cambodia, Vietnam. It was my first time traveling that far away…I was exhausted from my 30-hour travel course and we were walking to a hostel and my friend kept saying, “We’re almost there; we are halfway there.” We had stopped to get a beer and all of these ideas just came into my head about being halfway in life…it was just a funny feeling trying to stretch my dreams even further because I had already felt so accomplished, but at the same time I felt like things were moving too fast. It’s just kind of feeling like you are halfway through your life at such a young age…It was almost like a midlife crisis at 24 on a beautiful island…People think the song is about someone else but it’s more so about running from yourself. 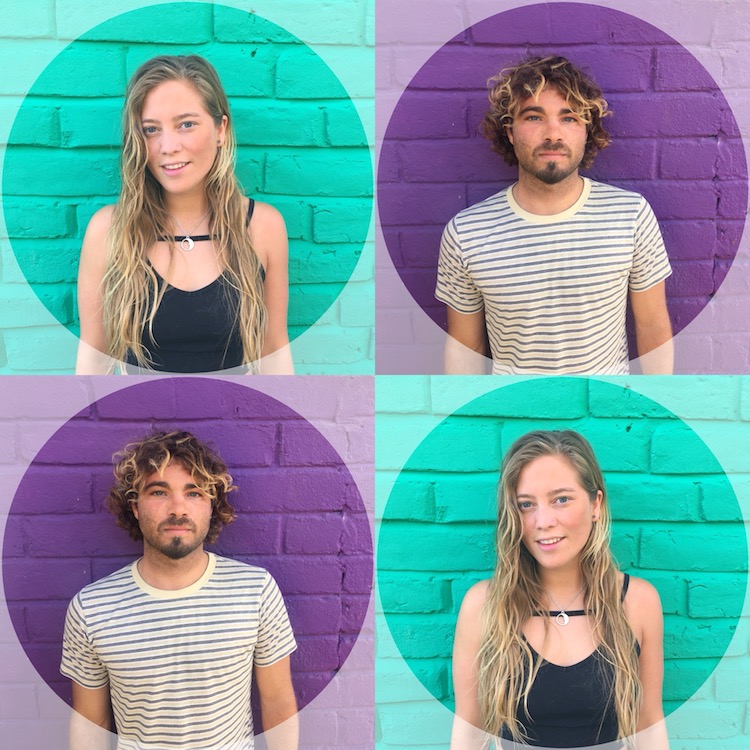 Has Montauk influenced your sound at all?
Kate: I think it has for me. Before submerging myself in the culture in Montauk I didn’t even listen to reggae music. If you had asked me to name a reggae artist, I would name Bob Marley and that was it. And now I know so many reggae artists and I have absolutely fallen in love with the genre. I feel like that genre does go hand in hand with the surf community. I wasn’t a part of the surf community prior to moving out here full-time.

Do you both surf out there?
Kate: I surf a little bit. Kevin is a much better and more experienced surfer than I.

Kevin: I’m actually in New Jersey right now. I just finished a surf session because the waves were really good today so I had to take off of my usual music work and go for a surf session. I teach surf lessons also in the summertime [in Montauk]…That’s a day job that I do while we go and perform like five times a week during the nighttimes in Montauk.

Kate: It’s cool because Kevin and I will surf tandem…And when we were on tour in California, we got to go to Mexico and surf there. Everywhere we go, we kind of base it around a surf community and make sure that we can get in the water while we are on the road.

Do you have a favorite place other than Montauk to surf?
Kate: I guess my other place would be Rincón, Puerto Rico. My grandmother is from Puerto Rico so I grew up really appreciating the culture there and then I started going there every year when I was 17. Kevin goes every year, too. We’ve played shows in Puerto Rico and it’s really similar to Montauk. It’s another really tight-knit surf community.

Kevin: I would have to agree. I love Rincón, Puerto Rico. It’s got such a cool small town vibe to it. I’ve surfed some of the best waves I’ve ever surfed there…We also have many places that we can play music around the area, some smaller venues that we enjoy. You kind of become part of the community pretty quick there…I think Rincón holds a special place for us as well because that was the first time that we actually played together and recorded together.

Where do you hope to see the band in the next five years?
Kate: We really hope to be playing bigger venues and having all of our fans come to just one location…and making new fans. When we were in California there was a person singing our original music. She knew every word and it just made me think, “Wow, I couldn’t imagine seeing 1,000 people doing exactly what she’s doing.” I’ve seen my friends sing my songs before but I’ve never seen a random person that I’ve never met before on the other side of the U.S. singing my music.

Kevin: Part of it is to do what you enjoy and we are doing what we enjoy so we feel like we’ve already been having a lot of success. But now it’s looking forward to the next stage and making lots of fans across the globe and really inspiring a lot of different people.