Chefs are always seeking new inspiration and Stephan Bogardus of the North Fork Table & Inn found some during a January trip to India. Traveling with his girlfriend Allegra Borghese, the Cutchogue native immersed himself in the culture by exploring temples and rural villages, spending time in Bhubaneshwar in the state of Odesia. Of course food was also on his mind as he scoured the area to find spices to bring back home to Long Island. He stumbled upon a spice farm nearly four hours away and stacked up on cinnamon, mustard seed, black cumin and green and black cardamom. When he returned home, he used them to put a twist on a few local favorites.

On Sunday, fellow Long Islanders had the opportunity to taste the creativity for themselves. Forty guests were treated to stories of Bogardus’ travels while sitting in the back room of the North Fork Table & Inn and awaiting a four-course dinner. As expected from the restaurant, local ingredients were also used to prepare the dishes. 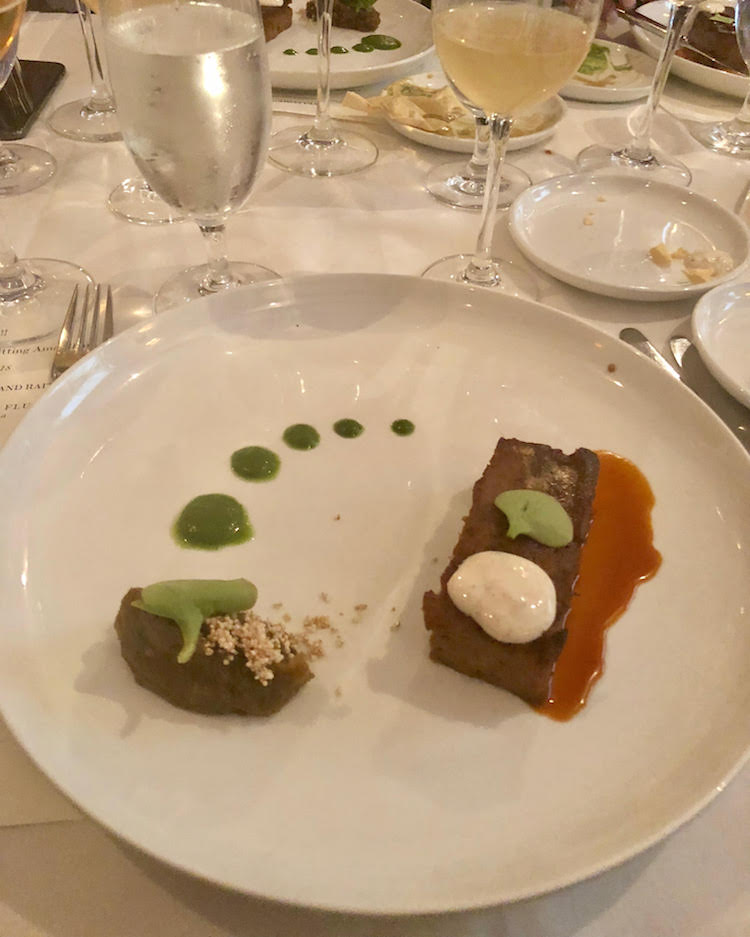 The first dish was a cardamom-lime cured fluke (Bogardus’ favorite of the night) with radish, cucumber and raita (paired with Vodka Shikanji). Following that was a pea masala with tamarind chutney and saffron rice (paired with a Mourvedre Lothian 2017). The third course was a tender lamb vindaloo served with smoked eggplant and coriander chutney (paired with Tiger Lager). Dessert cravings were satisfied with co-owner and pastry chef Claudia Fleming’s take on panna cotta (paired with a 2015 Sparkling Pointe Imperial Topaz). There was a touch of green cardamom and cinnamon with strawberry-rhubarb rose gelée, litchi sorbet and roasted pistachios. Proceeds from the dinner were donated to an Indian orphanage run by a woman named Ama Ghara that Bogardus visited.

The North Fork Table & Inn will keep the momentum going with similar culinary events this season. Foodies can expect a variety of themes and guest chef collaborations. A three-course vegan dinner is planned for tonight, while Mediterranean and tapas dinners are also in the works.