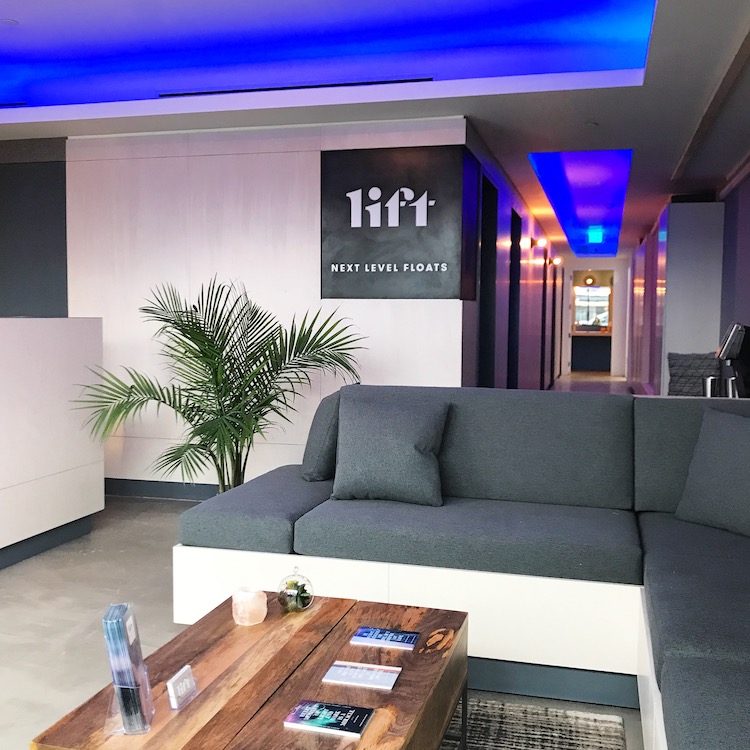 Let’s face it: life’s stressors aren’t slowing down. There’s always the good old spa treatment or a yoga retreat to help you relax. But in recent years, many people have embraced floatation therapy as a means of dealing with stress and taking care of other mental and physical ailments.

Invented by Dr. John Lilly in 1954, floatation therapy (or when individuals float in an isolation tank) gained popularity in America in the 70s but fell out of favor a decade later. That’s been changing in recent years with floatation centers popping up all over the country. That includes the recently opened Lift/Next Level Floats in Huntington, which celebrated its grand opening May 8.

“The first time I floated I had the best night’s sleep I had in a long time,” said Gina Antioco, a Long Island native and co-owner of the spot. “I used to struggle with insomnia, so I was really intrigued.”

Her intrigue turned into devotion and she left her career in catering management to focus on starting a floating business. Enter David Leventhal, whom Antioco met at a floating conference in Portland. They immediately bonded over their shared love of floating (as well as the Burning Man festival), and a partnership was born.

Leventhal, also originally from Long Island, experienced his first float in 1989 and always remembered how relaxing it was. He worked as a litigation attorney for many years, but after re-discovering floating in 2011, decided it was time for a new start.

The duo opened Lift/Next Level Floats in Brooklyn in spring of 2015. It became a hit and a favorite among athletes like Colin Kaepernick and celebrities including Jennifer Lawrence. It remains one of the largest floating centers on the East Coast. 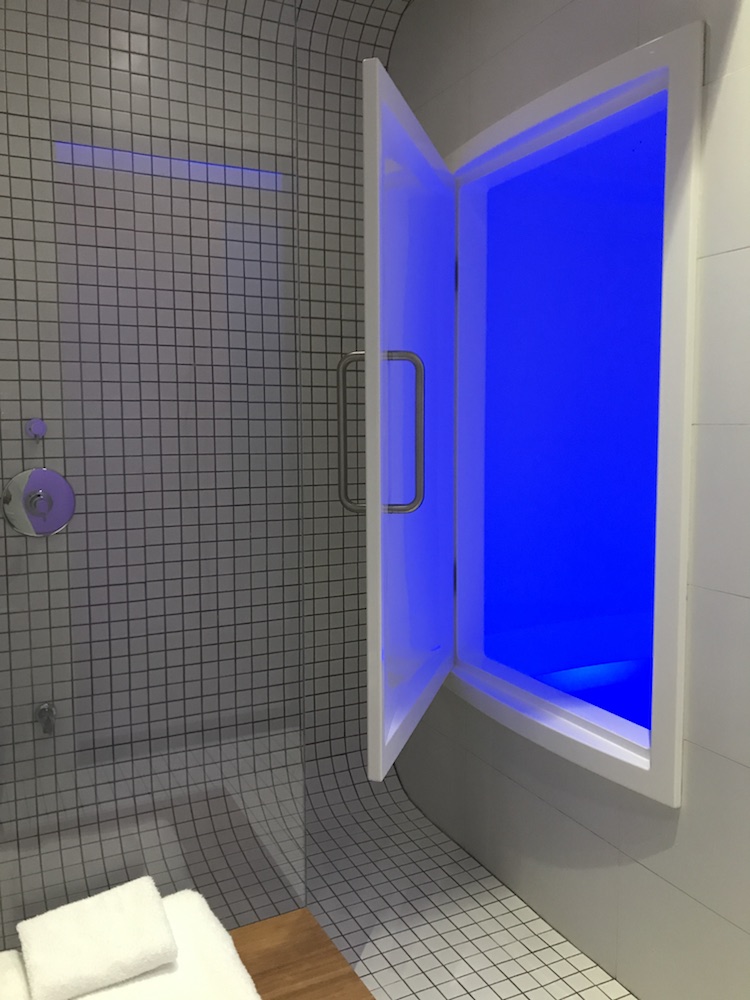 Huntington was ideal for a second location because, as Antioco put it, “it has a Brooklyn vibe that is part of Lift’s DNA.” The new spot is tranquil and serene with soft lighting and Daltile tile covering the walls. The tank rooms are complete with a private shower and tanks that resemble large, cozy bathtubs—they are cleaned before and after each float session with a water filtration and ultraviolet light sterilization process.

Each tank has 250 gallons of water and approximately 1,000 pounds of USP grade Epsom salt, which keeps the body buoyant. Soft music comes on to signal the start of the float and clients are left to drift off to a state of complete relaxation. Sixty minutes later, the music comes back on indicating time is up. After showering and dressing, customers are encouraged to relax in the lounge area, drinking tea or water and reveling in the post-float glow (perhaps conferring with other floaters about their experience!).

Antioco and Leventhal said clients compare floating to a return from vacation with feelings of calmness and focus, as well as relief from depression, anxiety and physical injuries. Antioco and Leventhal hope the Huntington location will encourage a new batch of people to embrace the many benefits of floating.

“We want to be part of the solution for helping people achieve a state of well-being—physically, mentally and spiritually,” Leventhal said.