“I was told by a friend of mine/ She had seen an olden sign/ Said she was not from this time/ And did I feel the same?” —from ”Renaissance Faire” by Blackmore’s Night

There couldn’t be a better time to escape to a different era filled with dance, song and instruments like the cornamuse, hurdy-gurdy and rauschpfeife. It’s been over 20 years since guitar legend Ritchie Blackmore and his partner, ethereal vocalist Candice Night, formed the Renaissance folk rock band Blackmore’s Night—and they intend to keep going. To celebrate, the band released a double CD, To the Moon and Back: 20 Years and Beyond, and will be performing at The Paramount on July 22, with special guests The Wizard’s Consort.

“We’re always writing and plan to go back into the studio in November,” noted Night, who released a solo album of lullabies, Starlight Starbright, in 2016. “Ritchie and I have also written a rock track for the newly-formed Ritchie Blackmore’s Rainbow called ‘Waiting for a Sign.’ There are definitely more songs in the works for all our projects, but our main focus is Blackmore’s Night.”

How did you get into music?
Growing up in Hauppauge, my parents always had music playing around the house or were playing piano. I took singing and piano lessons when I was 4 years old, and then did musical theater from 4 to12. When I was in college, I had my own radio show at WNYT but I never thought I’d be the one on the stage. I just knew I had to be around music somehow. It was my great escape from the stress and pressures of life. I started interning at WBAB and that’s when I met Ritchie. It was during a charity soccer game between the radio station and Deep Purple. We started talking and, not long after, I was touring with him and Deep Purple and doing backing vocals for him. Then he reformed Rainbow and asked me to write lyrics for some of the songs. As the rest of the band was recording their backing tracks, Ritchie and I would be writing on acoustic instruments, just creating songs for ourselves. Eventually those songs became Blackmore’s Night songs. That was 21 years ago.

Did you ever think you’d be celebrating the 20th anniversary of a Renaissance folk/rock band? Who were the biggest influences on BN?
I never thought we’d be doing this at all. Each step is a dream come true. We have amazing fans that are so loyal. We are writing and performing music that we love and playing it for people around the world in castles and incredible places.

We were influenced by Jethro Tull, and we were lucky enough to have Ian Anderson play on “Play Minstrel Play” on our first CD Shadow of the Moon. We love Maggie Reilly and Michael Oldfield’s songs like “Moonlight Shadow,” which we covered on our latest CD. Sarah Brightman and Stevie Nicks are also influences for me. But we don’t emulate any of these artists. We are braving our own path melding Renaissance, folk and rock together. And because we have created our own genre, we don’t really sound like anyone but ourselves. But we’d rather have it that way. It allows us the freedom to play songs from any genre, breathe new life into them and make them our own. We create songs that allow the listener to escape from today’s world and bring them to a more magical time. 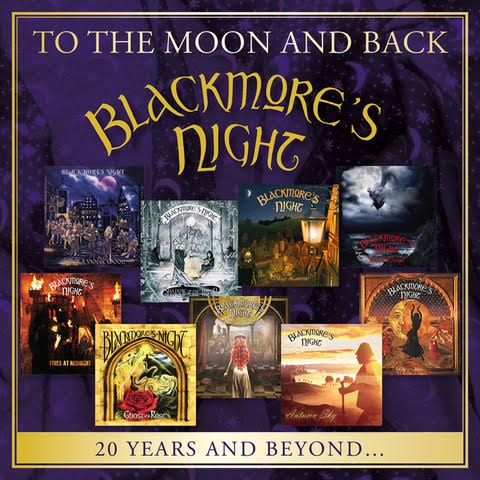 What inspired your latest original song, “Ghost of John,” which features your daughter on vocals?
Our 8-year-old daughter, Autumn, actually introduced us to that song. She brought it home from her singing lessons and Ritchie immediately fell in love with it. He made her sing it about 100 times that day. It felt like it was only right to have her end the song on the CD since she gave it to us in the first place. Autumn is amazing. She has a four-octave range and can make up songs about anything. She has her Daddy’s improvisational skills. Our 6-year-old son, Rory, is a drummer. He comes up with different rhythms and patterns and is constantly feeling the beat no matter where he is. What they choose to do with their talent is up to them. We won’t push them in a direction.

Favorite songs to play live?
The ones that get the crowd involved. “Under a Violet Moon” or “Toast To Tomorrow” are always good for that. I also love doing “Diamonds and Rust,” “Village Lanterne” and “Ghost of A Rose.” They’re wonderful to emote and channel. 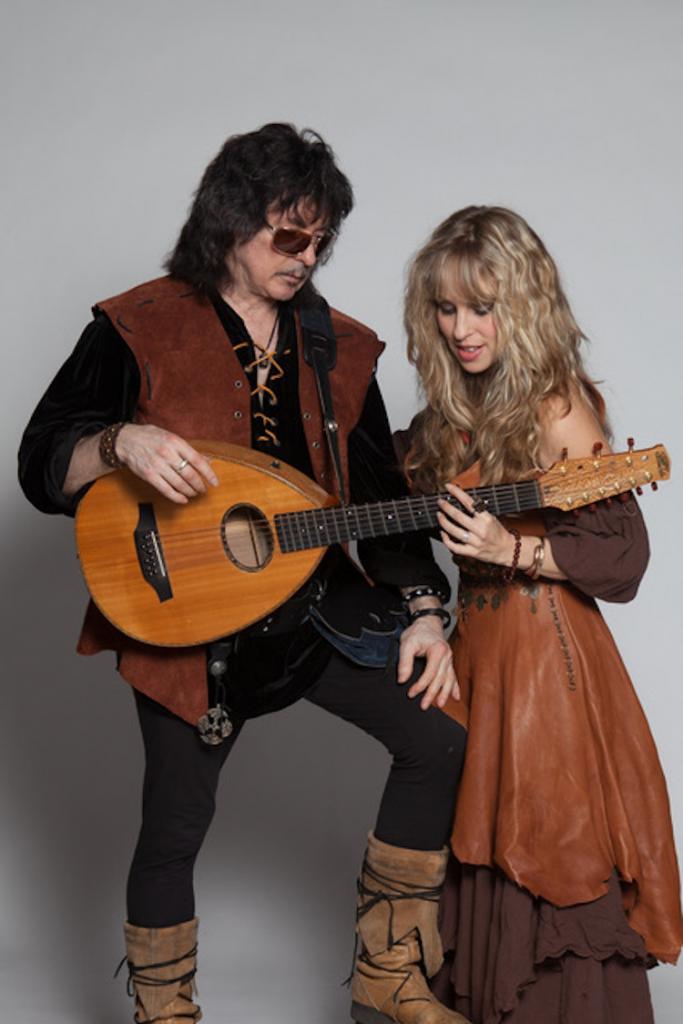 What can we expect to hear when you play The Paramount?
Opening for us are our special guests, The Wizard’s Consort, an amazing Renaissance band that put a great twist on the songs from that era. We’ve known them for many years and always watch them from the side of the stage for inspiration. As far as set lists are concerned, Ritchie changes the set list every night and even he doesn’t know what he’s going to play until we actually do it. He reads the audience, the energy, the venue and guides the songs he chooses by those factors. The rest of us just wait to see what’s up his sleeve. But that is one of the things that make the shows so interesting and exciting. You will never see the same show twice.

We usually do some cover songs from Ritchie’s past like “Solider of Fortune,” Joan Baez’s “Diamonds and Rust” and sometimes we do “Lady in Black” by Uriah Heep. We might take requests from the audience just for fun. And, of course, we dress up. But we encourage the audience to do the same. It’s really like a big costume party, so have fun with it!