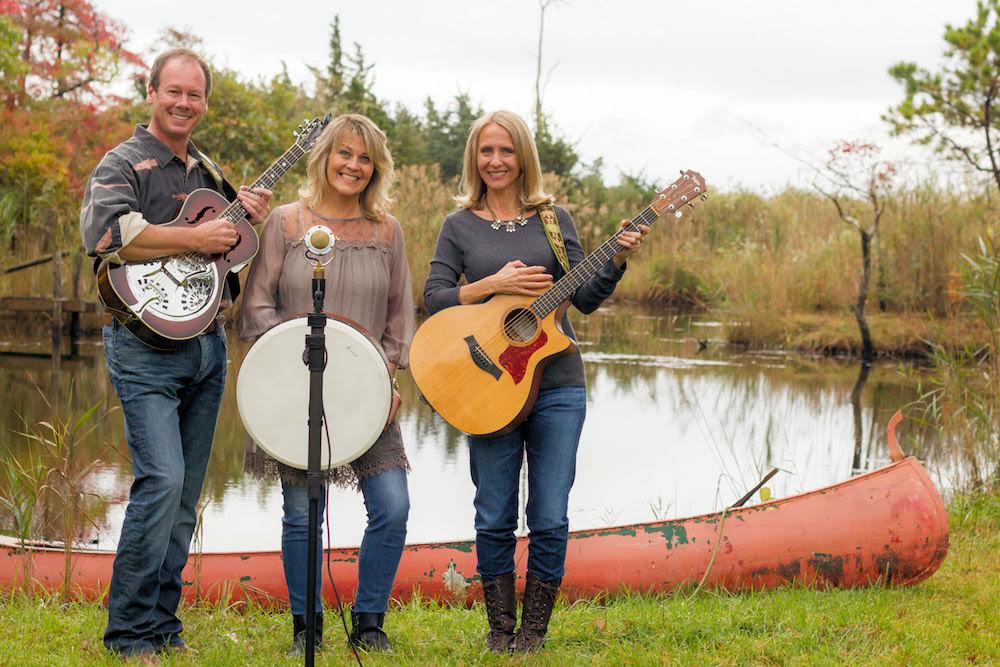 One might say the magic of He-Bird, She-Bird is all in the harmonies. Yes, there are the nearly luminous, vortex-inducing, multi-layered vocals, but also a Carter Family meets Three’s Company loving camaraderie and goofball sensibility (younger folks, think Two Broke Girls if they threw in a broke dude). Whether in live performance or on their current self-titled release, both forms of harmony inform the music.

The vocal arrangements are always hairpin tight. Emerging from within them are nods to various genres that gently contrast with the songs’ often traditional country or bluegrass foundations (top-shelf sideman Zach Swanson, on stand-up acoustic bass, is largely responsible for the unwavering bottom end). Echoes of everyone from Aimee Mann and Lucinda Williams to Tom Waits are revealed through both the harmonies and vocal solos opening the listener’s ears just that much wider. And for the purists, there are frequent tips of the hat to such familiar homespun heroes as Bill Monroe and Patsy Cline layered within Kellar’s compositions.

The songwriter’s tunes are often simple tales of the human condition. There are spirited jaunts about traveling, gleeful rants about hating the day job and musings on tattered love. All of this is made manifest through Evan’s always tasteful, sometimes jazz-infused guitar work, Hall’s killer lead vocals and yarn spinning comedic antics and Kellar’s centering presence and supreme all-on musical game. The three principal players each have their share of lead vocals, yet the harmonies are a nearly constant democratizing group dynamic.

Perhaps harmony serves as some sort of opening to the collective unconscious from which the universal message of a song is stealthily delivered without the mind chatter of the listener getting in the way. Maybe it just sounds damn good and is fun to hear. If the collective unconscious is in play, the slice being channeled by HBSB might just contain the wisdom of those who have enjoyed one or two too many long neck beers and who remind us that, “there ain’t nothing that singing and laughing can’t solve in this barn dance called life.”

I recently sat down with Evans, Hall and Kellar to get the HBSB’s take on their current flight path.

How did you guys come up with your name?
Evans: It came from the Walt Whitman poem “Out of the Cradle Endlessly Rocking.” It talks about the he-bird and she-bird singing.
Hall: There is a line in there I love, “singing all the time, minding no time.”
Kellar: We love bird references. Even our bass player is named Swanson.

You all seem to have slightly different roles. For example, Terri seems to talk the most with the audience.
Kellar: It kind of evolved organically. Todd and I were always tuning, so Terri starting bantering a lot with the audience. She is a natural storyteller.

Terri seems like the most naturally extroverted.
Evans: I would agree with that. For me, I bring the gravel to the mix (referring to the times he adds a bit of a Tom Waits or a Johnny Cash vibe to the vocals).

(To Kellar) With your writing, do you write songs based on your bandmates voices or personalities or is it more about where the muse takes you?
Kellar: Of the 12 songs on our CD, only one is an old one (pre-HBSB). I definitely consider everyone’s voices and personalities when writing and arranging the parts.

Do you folks get people telling you that they never realized they liked bluegrass until hearing HBSB?
Evans: We have heard that, even though we are not a traditional bluegrass band.
Hall: We’re not exactly folk or bluegrass, but Americana really.
Evan: But we are excited to be on the bill for the Long Island Bluegrass Festival on Aug. 18 in Copiague.
Kellar: For 20 bucks you get to see Grammy and bluegrass award-winning bands all day long.

(To Kellar) I understand you and your partner John (John Ambrosini, improvisational jazz pianist and co-leader with Marty Czajkowski of the jazzified rock group the Taylor Brothers) are planning a series of intimate house concerts at your Huntington home?
Kellar: We’re calling it “Back to the Garden” from the Joni Mitchell song because music is a touchstone for so many, and the music area will be literally back to the garden.

Lastly, in recent months, HBSB has played Baltimore and Asheville in addition to your heavy Long Island schedule. What are your future plans?
Hall: I would love to play 100 gigs this year. I think we should get out there and see what we can do.