There has been a perpetual misconception that the Hamptons façade—luxury, wealth, racial homogeneity—is the complete Hamptons reality. But for every million-dollar mansion, there is someone who cleans it; every glass of wine, a migrant worker who picks the grapes. And as the East End becomes more populated and wealth overflows into adjacent neighborhoods, it is leaving less and less for the unseen Hamptons population.

As natives of the south fork, brothers Benjamin and Orson Cummings have witnessed this transition firsthand. As filmmakers, they chose to share it. In their new documentary, Killer Bees, executive produced by NBA legend Shaquille O’Neal, they do just that through the trials of an unexpected character: a high school basketball team.

Chronicling Bridgehampton High School’s famed boys basketball team over the course of one season from December 2015 through March 2016, Killer Bees explores the history of the team led by coach Carl Johnson and documents the Bees’ preparation to defend its New York state title. By following the team made up of predominantly African-American students, the Cummings brothers were also able to examine a community fighting not only to keep Bridgehampton School open but also gentrification and extreme income inequality in one of the country’s wealthiest communities.

Killer Bees is the fourth film written and directed by Benjamin and Orson but their first documentary. The siblings grew up in Bridgehampton and attended Bridgehampton School until the early 80s when they left for a private high school in New Jersey.

After two stints living in Los Angeles, they now call South Hampton home, making it fitting that Killer Bees debuted at the 2017 Hamptons International Film Festival. The film will be available on video-on-demand platforms in August. 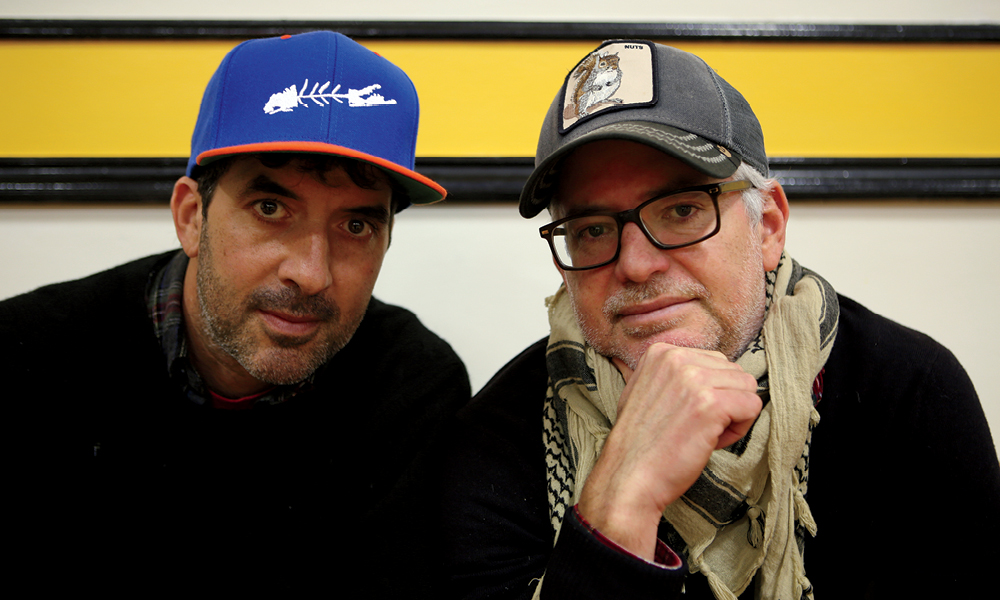 Directors Orson (L) and Benjamin Cummings documented the cultural shift of their native Hamptons before it was too late. image: hilary mchone

What was the genesis of Killer Bees?
Benjamin Cummings: Coach Carl and a former classmate of ours who graduated from Bridgehampton School reached out and said, “There is an African-American community in Bridgehampton and basketball traditions that are not going to be around for much longer.” Gentrification had finally reached their neighborhood, which people call “The Turnpike.” It’s being re-branded as North Bridgehampton. They said, “You guys are filmmakers, maybe you could make something.”

Orson Cummings: Coach Carl told us that someone living in “The Turnpike” looked out his window and there was a white woman pushing a baby stroller. He said to himself, “Uh oh. This is happening.”

BC: That’s why we wanted to make the movie immediately. Before it got too late.

OC: The basketball is the way in. It’s the easiest way to get people into the story. If you don’t have the basketball it becomes pedantic.

BC: We didn’t want to make a film that tasted like raw broccoli. We wanted a movie that tasted delicious. Audiences are being informed and learning stuff but they are also rooting for the team.

How does Bridgehampton’s story inform audiences about what’s happening around the country?
BC: Bridgehampton was once a quintessential American town with a diverse population of races and incomes. As Coach Carl recounts in the film, he used to have rich white friends he would hang out with, but now “they stay on their side and we stay on ours.” So the place is much more divided, like the country is, into the haves and the have-nots.  Jobs like Carl’s at the school used to provide a stable middle-class existence and anchor community leaders like him in the village with secure lives. But people like Carl are under constant stress now and need to work second and third jobs just to get by. His existence mirrors the country’s dilemma with respect to the loss of the middle class and the construction of a society in which only multi-millionaires are able to afford living here. This is a complaint you hear all over the country: What happened to the middle class? In Bridgehampton this situation is amplified to the extreme so the contrast makes it easy to illustrate the point. Only in Bridgehampton can you find a house valued at $250 million on the beach while less than two miles away there’s a young black student with a working single mom being evicted from their small ranch house so it can be knocked down to put up a McMansion. 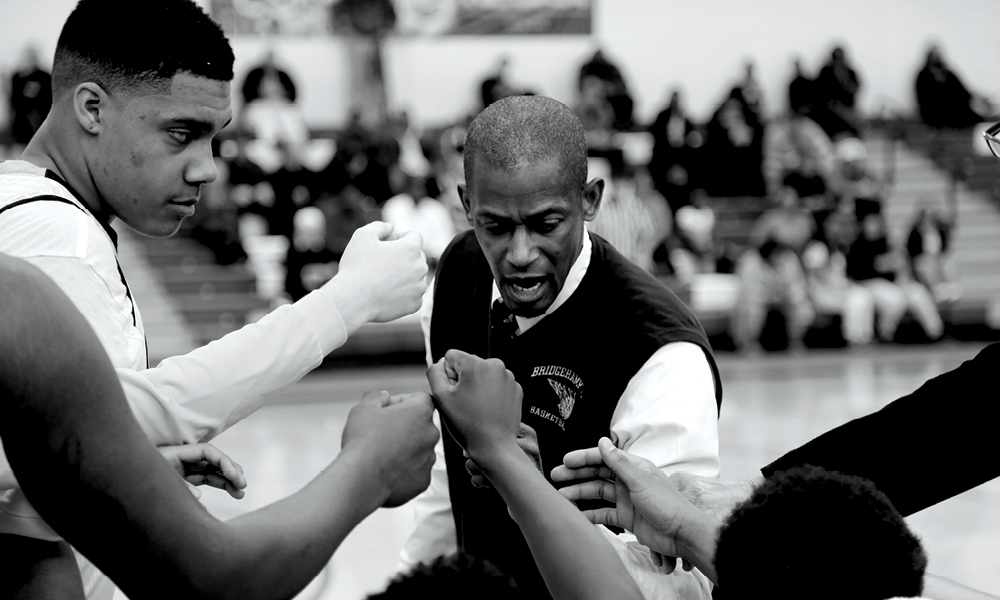 Coach Carl Johnson led the Killer Bees to years of success but his struggles epitomize those of people around the country. image: hilary mchone

Speak about how racial and income inequality factor into the narrative of the film.
BC: The school has a history of being predominately African American, and Long Island has had some of the most racially segregated school districts in the nation. The film explains how the African-American population has always lived a segregated existence on the Sag Harbor Turnpike and has never been fully integrated into the rest of the community, which now consists largely of second homes for wealthy, mostly white, summer residents. The film explores the history of efforts to close the school over the years that was a direct conflict between the mostly white wealthy residents on one side and the mostly black less affluent citizens whose kids attended the school on the other.

Racial inequality also plays a major role with respect to gentrification in Bridgehampton. The Sag Harbor Turnpike has a history of being home to the black community in Bridgehampton but is now being rebranded as “North Bridgehampton” with smaller houses owned by black families being bulldozed and replaced by luxury McMansions for wealthy whites. On the one hand, it’s a free market, and if people want to sell, it’s their right and many profit well from the sales. But what about the idea that there’s not much choice being offered for those who might not want to leave? And the leverage of banks in a system that values the commodification of housing rather than the building of communities clearly disenfranchises African Americans.

The criminal justice system also plays a role in the story.
BC: Many former star players ran into trouble after graduating from the school. A lot of that stems from the influx of affluence into the Hamptons. Students see the rich people roll out here in fancy cars, living the high life, and naturally develop the desire to live that way too. And of course all that money brings the drug trade into Bridgehampton, which is where former players get into trouble. A local judge who tries many of these cases points out in the film that former players who end up in trouble with the law don’t have the same financial resources as the wealthy white residents who do their law breaking behind long driveways with coded gates. These wealthier residents have access to high-powered legal representation that insulates them from suffering the same repercussions for their actions as those in the African-American community.

This documentary has been described as hopeful, but is that true? The film makes it clear that a community is rapidly disappearing.
BC: I think it’s hopeful. The Killer Bees are still there and they are still proud. Many other communities around the country are struggling with affordable housing and how do you deal with that. No one has the answer yet. We hope that the film will bring these questions to light and expose them. The best case scenario would be some sort of solution that would allow [Bridgehampton] to remain culturally diverse.

What would you like people to walk away with after seeing this film?
OC: One of our overarching goals—Bridgehampton and the Hamptons being where we grew up—is to show people that this place isn’t what you think it is. It’s not just celebrities and money. There is this amazing subculture. It’s a really rich environment beyond wealth and money.