Typically, unpublished writers, particularly the neophytes of the art, tend to emulate a favorite author, the aim being to absorb his or her techniques. The literary career origins of novelist, Ridley Pearson, though, exemplify a rarity. The New York Times Best Seller mystery weaver had aspired to become a rock personality, “a James Taylor.” He organized a rock band and with a dilapidated school bus, he and his troupe of aspiring musicians (who included Stephen King) toured the country, performing at colleges and wherever else a stage presented itself. The bus served as a camper and the magic carpet that journeyed the nomadic rockers across America, an ideology coveted by revolutionary teenagers of the sixties.

A band member, Dave Barry, shared Ridley Pearson’s penchant for telling stories, not so much from the tongue, but through the pen. And so, the corroborating pair forged a diamond-tipped quill and invented the popular series titled, Peter and the Starcatchers, a children’s novel that lingered on the New York Times Best Seller list for forty-seven weeks. 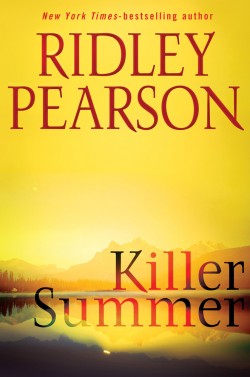 A second series, The Kingdom Keepers: Disney After Dark, generated the most voluminous fan mail of any novel Ridley Pearson has authored. It is a story designed for young adults and its thread portrays five youngsters who are inadvertently locked inside Disney World an entire night.

Mr. Pearson is a prolific writer with chameleon characteristics. He wields the agility to transmute from one genre to another, seamlessly alternating his writing personality. “Being a fiction writer is really like being an actor, because if you’re going to write convincingly it has to sound right and play right. The only way that works is to emotionally and technically act out and see the scene you’re in. There’s no better job in the world, because when I sit down at that computer I’m the world’s best forensics expert, if that’s what I’m writing about that day. Or I’m some crazed psycho running down a dark alley. Or I’m a gorgeous woman looking to find a man that night. Whatever! But I’m all of those things, every day. How can you beat that?”

In fact, Mr. Pearson’s 1988 novel, Undercurrents, attracted the curiosity of a prosecutor, enlightening him to scientific facts that proved crucial in solving an actual murder. The intensity and accuracy of the novelist’s research defined the means with which real-life authorities convicted a victim’s husband for her assassination. “That was the biggest reward I could’ve gotten from writing that book,” the author sighed with gratification.

To date, Ridley Pearson has penned twenty books. His works have attained New York Times Best Seller ranking, overwhelmingly proving that his talent and imagination possess the dexterity to enrapture his audience, and swallow the readers into the cinematic and suspenseful themes of his tomes. 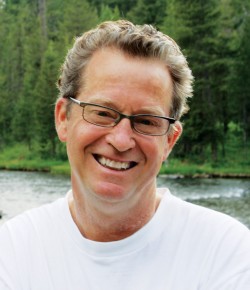 His latest, Killer Summer, unspools a whirlwind of mysterious characters and action that can baffle the most experienced sleuths. Again, the storyline contains pertinent particulars that satisfy the experts while entertaining laypersons. Mr. Pearson preambles several chapters with enchanting ambiances that develop into high definition, three-dimensional settings wrought in an ornate but lucid literary style. “In my novels, I always strive to suspend fiction and write the plot in a most believable manner,” he asserted.

He devises befitting metaphors, unveiling them subtly without deviating from the realm of verisimilitude, a perspective that sets forth life-like realism; a craft attempted by all and accomplished by a smattering of novelists. “As I’ve already mentioned, when I create a character, I place myself in that person’s position and predicament, to the extent that I act out in my mind what that person’s role will be. Then it’s just a question of typing it out and reading it on the computer screen to see if it matches what I had envisioned in my mind,” explained Mr. Pearson with genuine enthusiasm.

Ridley Pearson’s Killer Summer certainly evidences his emotional immersion into the details of its topics, the characters and their vernacular. Indeed, he has contrived his latest prodigy in a superb fashion.