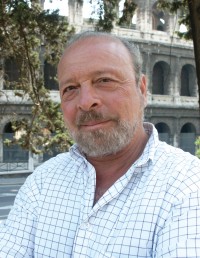 Long Island resident and top ranked novelist Nelson DeMille has staged some of his storylines in that splendid isle, imparting artistic richness to the locality. DeMille’s latest tome, The Gate House, is a seamless sequel to The Gold Coast, a novel he had penned approximately ten years ago. The former is an expansion of the latter with enlightenments that candidly depict the oddities and cultures of humanity. The author’s brave criticism, blended with comedic undertones, reminds the reader of the unnoticed peculiarities of the mind and its most common trait, the predictability of fellow man’s idiosyncrasies. DeMille’s personal experiences, erudition, and overall sapience are ever present beneath the lines of the narratives. He delightfully peels off and uncovers glaring flaws that are inherent to modern society and he exemplifies those faults with incisive witticism. The authentic accuracy of his ponderings awakes a sense of cognizance. He writes with keen observation, an astute awareness that escapes most individuals, writers included. Nelson DeMille’s clarity and acute interpretations of the curious behaviors germane to the various races form a style reminiscent of the iconic Truman Capote.

As a fulfilling novel must, The Gate House transports the storyline with natural dialogues, conversations so dramatic that incite in the reader’s subconscious the craving to interact with the characters’ verbal exchanges.
As DeMille develops his protagonist, John Sutter, he guides the audience through the social history of the illustrious tracts that sketch the north shore of Long Island, The Gold Coast.

In his past life, Mr. Sutter was a respected attorney. Ten years ago, his wife shot and killed her lover, a Mafia Chieftain. The gangster had purchased the estate adjacent to the Sutters’, who dwelled in the cottage house of a manor owned by John’s in-laws, the Stanhopes. Now, in his equivocating efforts to reunite with his estranged wife, he expounds on the pomposity and immodesty of the glorious years that reigned in The Gold Coast. John Sutter is troubled by the past state of affairs and the recent mutation that has redefined the demographics of this fascinating municipality. Melancholy memories and reality begin to collide in his self. He recalls the seemingly glamorous epic of yesteryears as a senselessness that indulged in the lewdness of excesses, a lifestyle of superfluity afforded only by the rich, waspish families that carved out this region and dominated the financial graph of the nation. The blue bloods had settled those fiefdoms and built mansions of palatial proportion. Though since the forties, the sprawling estates have suffered the scarring of rampant subdivisions; garish “McMansions” began sprouting like the rash of poison ivy. Worse yet, John reflects upon the invasion of ethnic tribes and Wall Street yuppies, whose “credit scores are higher than their I-Q’s.” 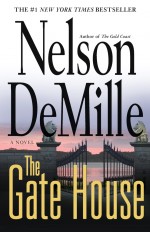 Meanwhile, amidst those chafing contemplations, because of his wife’s scandal, Mr. Sutter must deflect several issues. Besides being unemployed and reduced to a persona non grata, he has to prevent the son of the murdered mobster from killing his wife, Susan. Moreover, Susan risks financial hardship; her father dislikes John and opposes him remarrying his daughter. Unless the renewed lovers dissolve their romance, Mr. Stanhope threatens to revoke his daughter’s trust fund.