Miguel De Cervantes, the sixteenth century Spaniard who authored Don Quixote professed that a novel, “Must uphold, with pure veracity, a parallelism to the complexities of this damn life, the assassin of all dreams; and a writer’s task is to impart wisdom, contemporaneously delighting the reader with the idiosyncrasies of this forsaken world.” 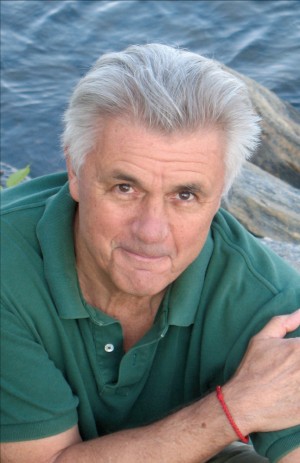 In fact, although a novelist crafts a fictional theme, its substance must remain anchored to realism. Accordingly, De Cervantes’ dictum draws the assumption that the author of fiction exposes an underlying factual scenario. John Irving, the celebrated writer of The World According To Garp, proficiently adhered to these perspectives throughout his career. Nearly every page in Irving’s literary works pries recollections bearing similarities to life-like peculiarities that touch anybody with a beating heart. With the story-telling talent of a racanteur, and parallel to his prior books, in which he subliminally chronicles personal tribulations, Last Night In Twisted River, remains devoted to the inimitable style and qualities of its notable predecessors. “What a story really ends up being about is more like an obsession than a desire. I don’t feel I have a choice about some of the things that happen again and again in my novels. I’m not even conscious that they are going to happen,” confesses Mr. Irving.

The plot in Last Night in Twisted River advances through a course of psychological collisions and unimaginable coincidences threatening the three protagonists. The story begins in 1954 at a cookhouse of a logging and sawmill settlement in New England, and drives through three generations of a tragedy-ravaged family whose members are of Italian extract. Dominic Baciagalupo, the cook of the colony, lives in the cookhouse with his twelve-year-old son, Danny. To conceal a past act of infidelity, Dominic and his wife, who has since deceased, contrive a tale that misleads the boy in believing that his father killed a bear that had wandered into their home, a falsity that remaines indelible in Danny’s mind. Ten years after the death of his mother, he mistakes the constable’s girlfriend for a bear and clobbers her with a steel skillet, killing her. The dreadful event would’ve been deemed an accident, but the police officer, an irascible, hateful personality, won’t rest until he gains revenge.

Sought by the lawless lawman, Dominic and the twelve year old abscond and live the rest of their lives as fugitives. The cook and Danny abandon all contacts with the sawmill community, except their correspondences with a burly, Bohemian logger, Ketchum, who is their unconditional friend. The woodsman takes on thwarting the constable’s relentless pursuit and apprising his comrade of the hunter’s tracking, which compels the runaways to be constant transients. And, as the risks heighten, father and child relocate aimlessly. John Irving makes use of this precarious circumstance and escorts the reader on a geographic tour of the New England region, sections of Canada, and other parts of the United States with an accuracy that whirls the readers’ sensations. Meanwhile, he tempts his audience’s palates with scrumptious recipes concocted by Baciagalupo.

Naturally, the Baciagalupos’ transiency impedes any possibilities for serious involvement with a woman; for not only Dominic, but Danny too, as he fails to build a long-lasting romance. In his adolescence, enraptured by an aunt, he carries on an incestuous affair with her that endures for many years. And Dad, well, with every move he takes up residency with new lovers, and so, the cook and his maturing son lead a life construed as profligate.

Danny excels as a scholar with a penchant for writing. He yearns to become an author, and shortly after graduating college, he publishes several novels. Their themes, secretively, are the culminations of his experiences and those attributed to the people he loves and the dear ones he has lost. The young man’s tomes hurl him to fame, but an epiphany unveils an inescapable reality: No measure of success can serve to heal the wounds of his dearly departed.