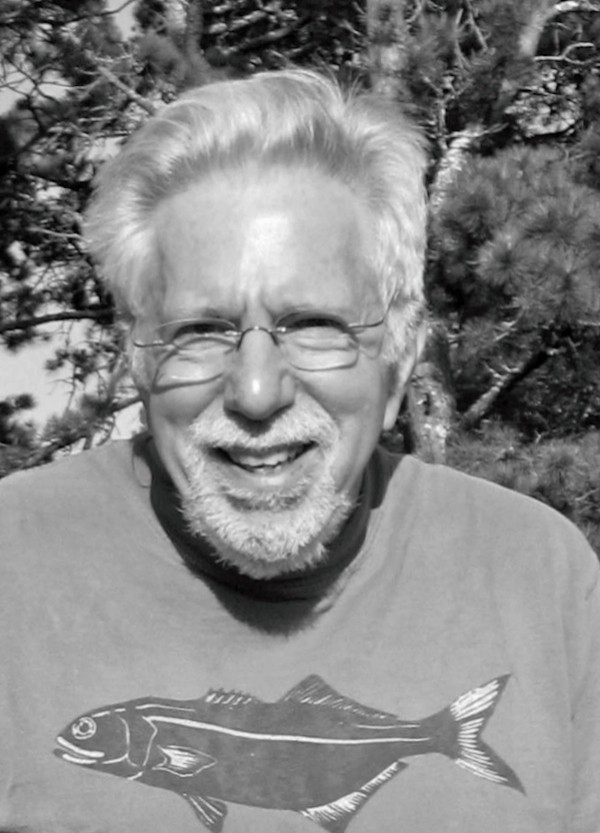 As a child, Lee Marc Stein spent many hours learning about famous paintings from his mother.

“She taught me to value great paintings,” Stein said, of his mother who was an artist.

Those early teachings have led Stein to a second career as a poet. The retired direct marketing manager and consultant recently published a collection of poems in the book “Whispers in the Gallery.”

A majority of the poetry in the collection is ekphrastic, inspired by works of art.

“The poems teach a new way of looking at art and also speak to what’s going in today’s culture,” Stein said. 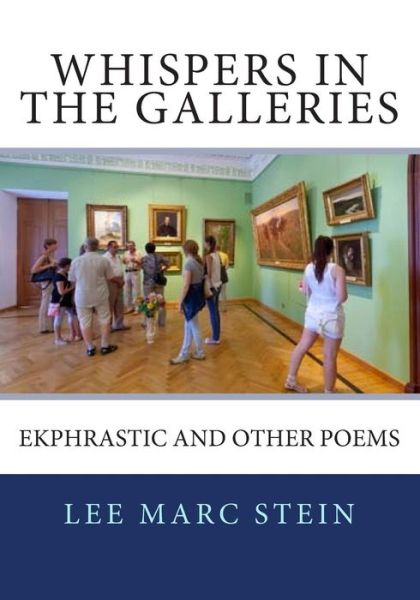 He spent about five years creating the poems in the collection, which look at some of the world’s greatest paintings, including works by Rembrandt, Velazquez, Caravaggio, Vermeer, Renoir, Gauguin, Matisse, Goya, Dali and Wyeth. Many of the paintings he saw in person but others he saw online after finding a site that would bring him a new painting each day.

After viewing the painting, Stein would research it, sometimes ending up with six pages of notes on the painting. Then he’d write a poem, hoping to provide historical and or psychological insight into the creation of the paintings. In his book “Whispers in the Gallery,” a color photograph of the artwork is side-by-side with the poem.

Not all of the poems are ekphrastic, though. Some of the poetry in the collection are reflections of Stein’s experiences: the effect of Louis Prima’s music, rafting the Salmon and Rogue Rivers and more.

On, Monday, Oct. 6 Stein will talk about his book at the Book Revue in Huntington at 7pm. 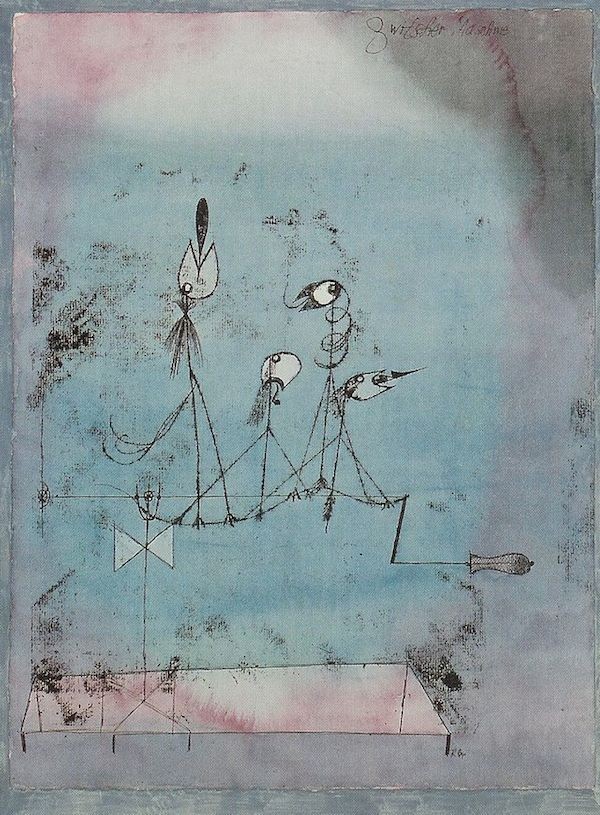 O, Klee, could you see
how much cacophony
there would be?

Your twittering birds, bandy-legged
deformations of nature shackled to
their perch, fight the machine as they
poise to proclaim the pink glow of dawn.

One bird exclaims the twitter’s full volume,
the arrow in another’s beak signifies shrillness,
the third sags with lolling tongue,
the fourth sighs the symphony has ended.

Twas brillig whimsy fights with
corporate monstrosity for our aye.
Lab sciences gets sent up in nano-seconds.
Absurdity could not be more simply drawn.

We see a portrait of the artist among philistines.
Or watch Chaplin, in the gears of Modern Times,
sidestep and (in Crane-speak) to the final smirk
dally the doom of that inevitable thumb.

What is your music box playing –
Berg, Webern, Schoenberg?
Guns N’ Roses, Megadeth, Judas Priest?
The laughable laments of Donald Trump?
Twittering birds fused with machine
flame our fears that when they tweet,
they don’t know what they tweet or why
they tweet, they only know they tweet!

After Paul Klee, “The Twittering Machine.”