Sometimes there are two anchors
inside us. The iron one
drops to dredge. It sets.
Rust builds from seaweed.
Salt settles through
slashed scars, weighing
down the heavy hook.
Stuck. Sinks deeper. Sticks like a barb.
— from WakeBreatheMove by Christina Rau 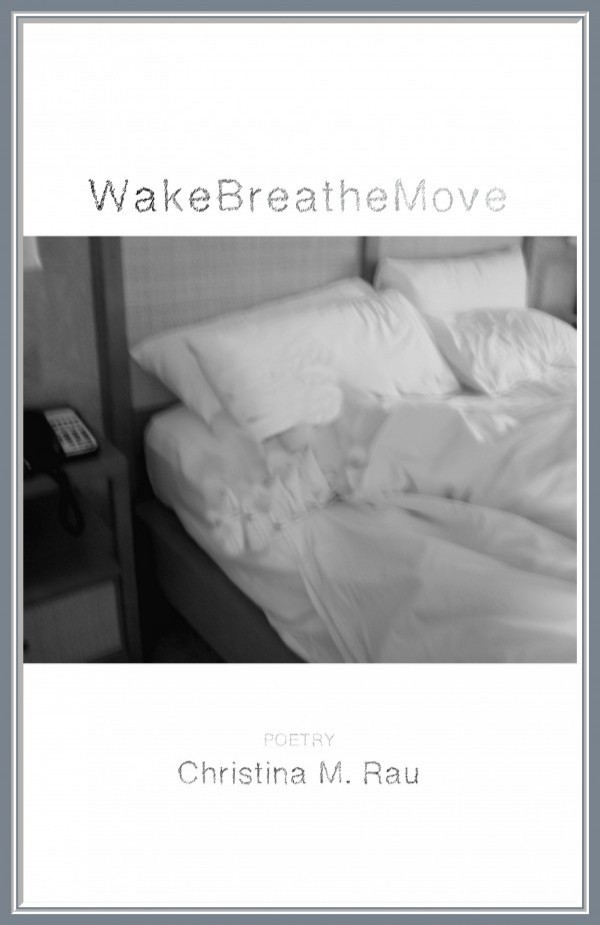 Poet Christina Rau usually writes about relationships, so those familiar with the work of the founder of Poets in Nassau will find recognizable tones in her new poetry collection on pre-sale now. But WakeBreatheMove is also a departure from the norm for Rau, because she didn’t write this collection of poems from her experiences but those of others.

“It goes a little more into relationships in a universal way,” Rau said when I interrupted her from grading papers at Nassau Community College where she teaches English. “The inspiration came from things I’ve seen in friends’ relationships, in movies and the news.”

The universal themes will allow anyone to relate to the simple, modern poems in the chapbook, which is out this July. The collection evolved organically for Rau, who said she did not set out with a goal for the book but rather began to see a theme in some of her poems and started to pull them together. Rau is a natural poet, writing for as long as she can remember, and many of the poems in her new book are 10 years old.

Image: Christina M. Rau
“As soon as I learned to write, I was writing poetry,” Rau said. “I never really wrote anything else.”

Hear Rau speak about becoming a published author at the Oceanside Public Library on April 26 at 1 p.m., and listen to her give a reading at Sip This in Valley Stream on May 1.