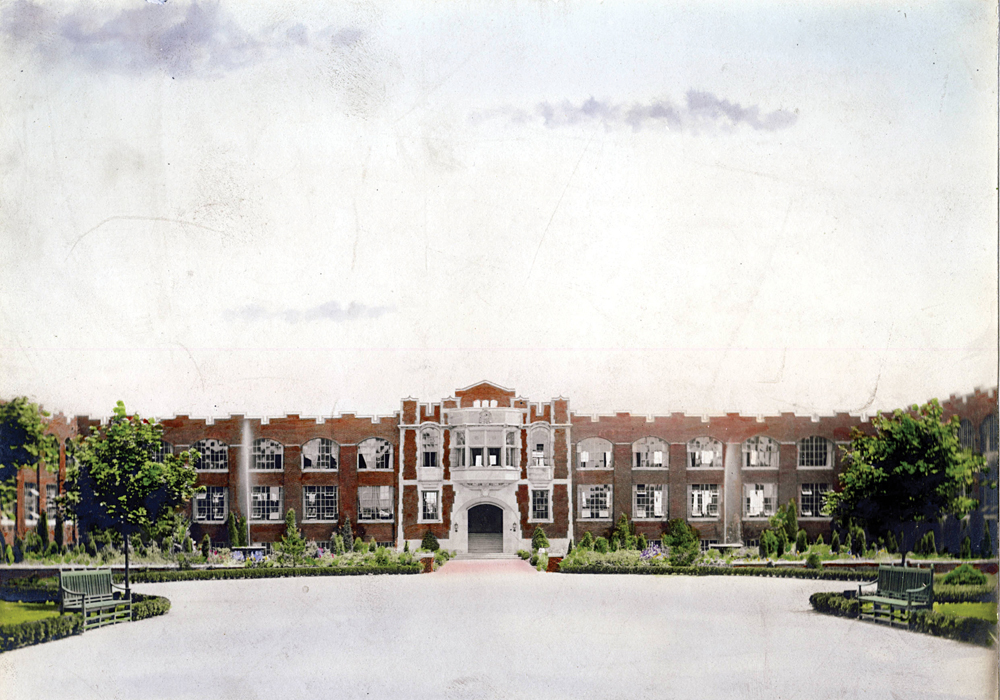 Before enlivening the publishing landscape of Long Island, Frank Nelson Doubleday began his auspicious career as a manager at Scribner’s Magazine in Manhattan as a teen, working there for 18 years. He left in 1897 and started a brief business with Samuel S. McClure, the publisher of McClure’ s Magazine. Their relationship soon soured and in 1900 Doubleday established a partnership with the editor of The Atlantic Monthly, Walter Hines Page. Doubleday & McClure became Doubleday, Page & Company.

After a successful decade of collaboration, a bank loan of $5,000 and entrepreneurial gusto, Doubleday and Page took a risk and secured a prime parcel of land on bucolic Franklin Avenue in Garden City with the intention of relocating and expanding their thriving NYC publishing house. (The spot was ideal since the Long Island Railroad had already run electric track there.) On August 19, 1910, despite being only partially completed, Presi- dent Theodore Roosevelt laid the cornerstone at Country Life Press in a momentous celebration. Although its main building was still in the midst of construction, nothing could stop it from opening on October 1, 1910.

The plant immediately helped boost the local economy and Long Island’s printing industry quickly flourished. By November of 1910, the company had hired an estimated 600–700 workers who were turning out 6,500 books daily. To accommodate the rapid growth, the Country Life Press train station was constructed in 1911, a modest-sized brick building and wooden platform that also attracted travelers.

The station was intentionally situated within walking distance (it still accom- modates passengers today). Additionally, a private track was erected that allowed freight cars to deliver bookmaking supplies to the northern end of the plant. Finished books were then loaded onto exiting cars at the southern end. By 1956 the plant was converted into office space and sold in 1986.

In its 76 years of operation, Doubleday produced classics like A Day’s Work by Rudyard Kipling, Booker T. Washington’s Up from Slavery and The Gift of the Magi by O. Henry. Today, Doubleday’s imprint survives as part of Random House.