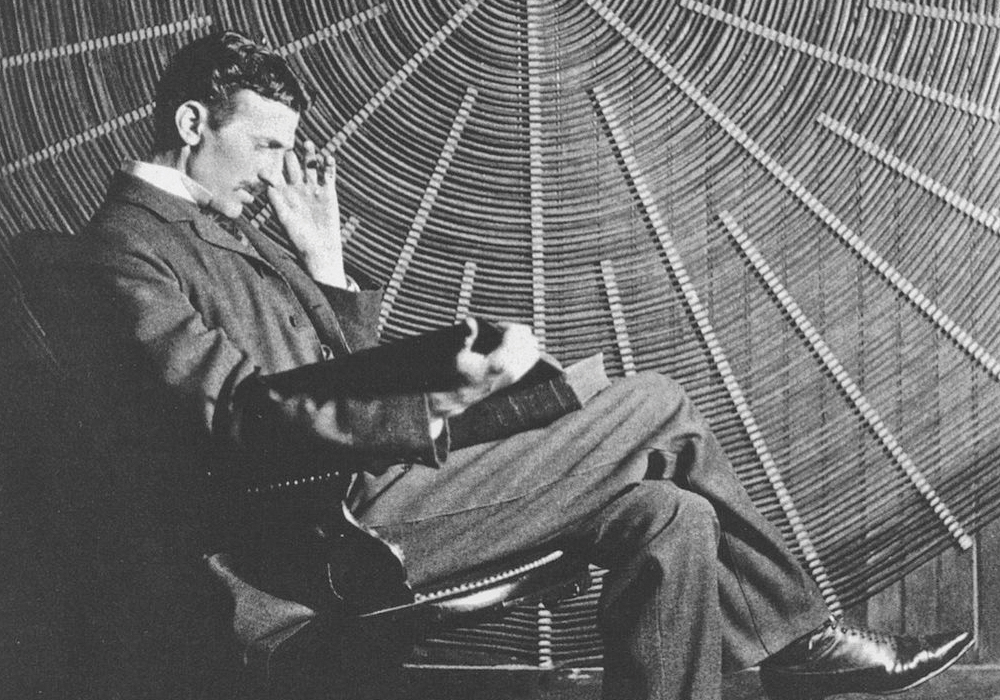 ENGINEER NIKOLA TESLA once imagined a “radio city” on Long Island where a 187-foot wireless transmission center could communicate messages and telephony across the Atlantic Ocean. In 1901, he purchased a 200-acre plot on the North Shore (in Shoreham) with the intent of building a working community around the project. He named the town Wardenclyffe.

TESLA’S SPARK
Tesla, of Serbian descent, immigrated to the United States in 1884. Prior to Wardenclyffe, he pursued projects at laboratories in Pennsylvania, New Jersey, Colorado and New York. “He began to envision a world of communication [through] electrical energy by using the earth’s waves,” said Jane Alcorn, president of Tesla Science Center at Wardenclyffe, a non-profit organization devoted to restoring the site. By the end of the 1890s, he realized that transmitting electrical power without the use of wires was possible.

To get his project underway, Tesla raised $150,000 through J.P. Morgan. As a business savvy financier, Morgan was impressed by Tesla’s claim that the technology would allow him “to receive stock tops in Europe without having to wait for a ship to bring the information,” Alcorn said. But Tesla believed this electricity should be free, while Morgan thought customers should pay. Before long Morgan withdrew his support. Without Morgan’s backing, the inventor’s debt grew. He used Wardenclyffe as collateral to live rent-free at the Waldorf and New Yorker hotels but eventually lost his property. In 1917, the tower was demolished. By the late 1980s, after various owners, the land became a dumping ground for waste products and chemicals.

FLIPPING THE SWITCH
In 2013 Matthew Inman, an online animator and creator of the oatmeal.com, partnered with The Tesla Science Center to create the web campaign “Let’s Build a Goddamn Tesla Museum.” The effort raised $1.37 million, enabling the organization to purchase 16 acres of industrial property. Since then, Tesla Motors CEO Elon Musk has also pledged to give at least $1 million.

Alcorn is optimistic about the future, but speculates restoration will take years. The asbestos removal and brickwork in the “laboratory house [alone] is estimated at eight to ten million dollars,” she said. The long-term plans are to open a science and technology center/museum that will host competitions, workshops and student field trips. At present, a monument in Tesla’s likeness is on the grounds and open for viewing.