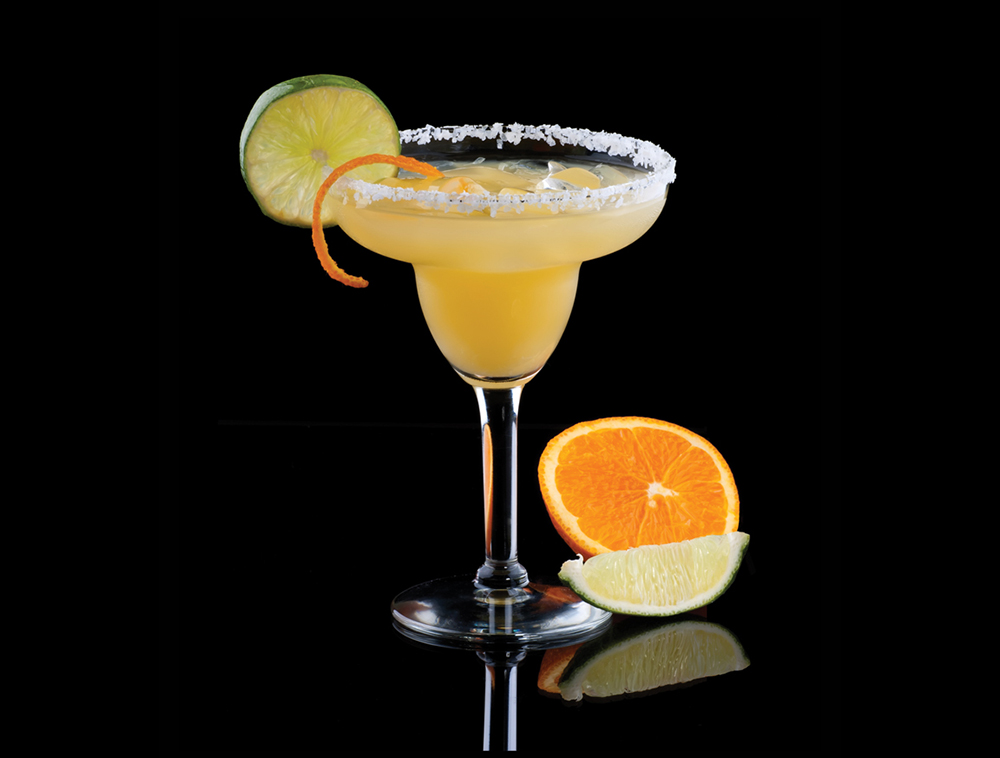 IT WAS 1937 (OR 1938) when Carlos “Danny” Herrera, owner of San Diego’s Rancho La Gloria, created a drink for one of his dancers. Marjorie King claimed that she was “allergic” to all forms of alcohol except, curiously, tequila. A little salt, a little lime, a few other ingredients and ¡olé! An instant classic was born. Or not.


The fact is that nobody knows for sure who created the margarita and an embarrassment of credit has been taken. The most-accepted story is Herrera’s. Another says Don Carlos Orozco created the drink at a cantina in Ensenada, Mexico. Francisco “Pancho” Morales claimed he did it first in Juarez. Singer Peggy Lee and actress Rita Hayworth were both reported to have had a hand in its creation. It’s said that even earlier, in 1918, tequila manufacturers marketed that Spanish Flu sufferers would be cured by a tequila, lime and salt potion. Dallas socialite Margarita Sames claimed she whipped up a blender full of the tasty drink for her friends in 1948 in Acapulco. And Tommy Hilton (of hotel fame) said he put the margarita on the bar menu in the mid-40s. But for sure, neither Sames’ nor Hilton’s claims can be true: manufacturer Jose Cuervo was already running ads for margaritas in 1945.

Whenever it was, it’s very likely the margarita was officially created some time between 1933 and 1943. And nobody is certain which lovely señorita the margarita was named for, though many Peggies, Ritas and Marjories have laid claim to it. It’s even possible that the drink wasn’t named after a real woman at all, but after an already-then-popular drink called the “daisy,” made from similar ingredients. Daisy, by the way, is “margarita” in Spanish.

The best way to understand the margarita is to start with its main ingredient, tequila—but even that is somewhat mysterious. In the 16th century Spanish explorers observed the Aztecs drinking something that had been fermented from a common plant. By 1753, the world had a name for the plant courtesy of Swedish botanist Carl Linnaeus, who termed it agave. A few years later, Don Jose Antonio Cuervo received permission from the King of Spain to cultivate the stock.

The resulting liquid that was derived from agave eventually made its way north and was popular with soldiers in territorial conflicts like the Mexican-American War and the Civil War. First known as mezcal, the product became “tequila” in the late 1800s, so-named supposedly after a small Mexican village for reasons that are lost to history. Spread by the railroad and happy customers, it caught on quickly. (The mezcal story continued on its own way, sans tequila.)

For fans of the drink, it may be hard to believe that early margaritas were almost always served on the rocks and that “blended” ’ritas were largely unknown until the early 1950s. By late 1953, the drink had become so popular that a recipe was printed in Esquire magazine. In 1971, the margarita got its own machine, created because common blenders weren’t strong enough to handle the number of drinks ordered at one Dallas restaurant. Which leads to the best part about a margarita: today, it can be enjoyed in one of several dozens of flavors, blended or not and rimmed with salt or sugar. In fact, the cocktail—in all its variations—is the number one drink ordered in the United States.