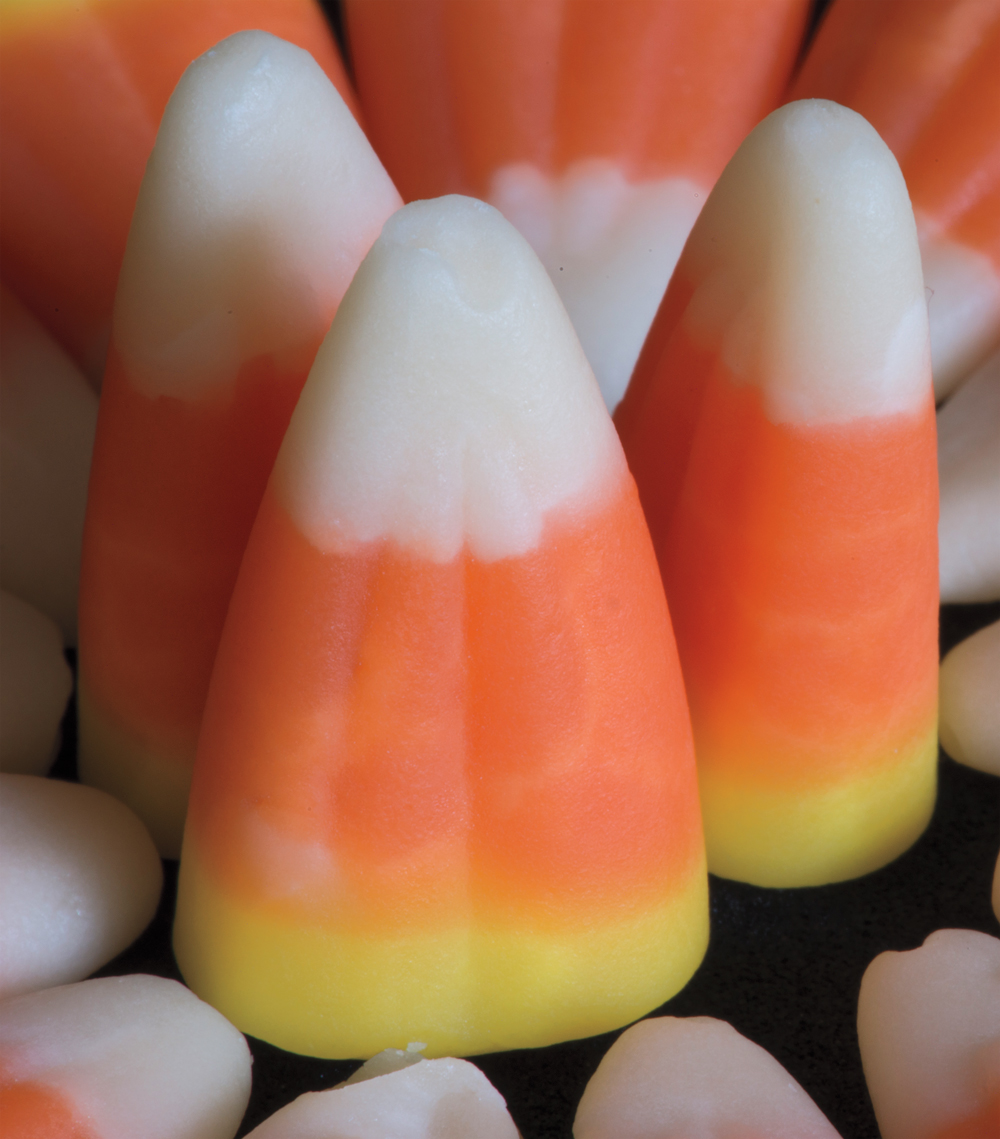 Ask any 10 adults and you’ll see how polarized a nation we are—we’re talking candy corn here, of course. Love it or hate it, one thing’s for sure: we eat a lot of it this time of the year. George Renninger of Wunderle Candy Company invented the triangle-shaped candy in the 1800s, but it was The Goelitz Confectionery Company (now Jelly Belly) that popularized the treat at the turn of the 20th century, dubbing the product “Chicken Feed.” Candy corn was initially marketed prior to the end of World War II as summertime consumption. After the war, Halloween gained popularity and marketers promoted it as a fall treat, perfect for the new tradition of trick-or-treating. Candy corn is now made by several manufacturers and can be purchased in variations reflective of the season, most notably Halloween, but different flavors are available to celebrate Thanksgiving, Easter and other holidays such as Valentine’s Day. In the early days, it took many men, many months to produce the tri-color candy. The sugar and corn syrup concoction was hand poured into cornstarch trays imprinted with the kernel shape. It took three go-arounds to make the white, yellow and orange arrangement. Machines do much of that process today—in bulk. The National Confectioners Association estimates that up to 35 million pounds of candy corn are produced in the U.S. annually. That’s about 9 billion individual pieces. It’s a big bite, especially on Oct 30 (National Candy Corn Day). When it’s time to indulge, 42 percent of all candy corn lovers eat the white tip first, 10 percent start with the wider end and the rest put the whole thing in their mouths at once.