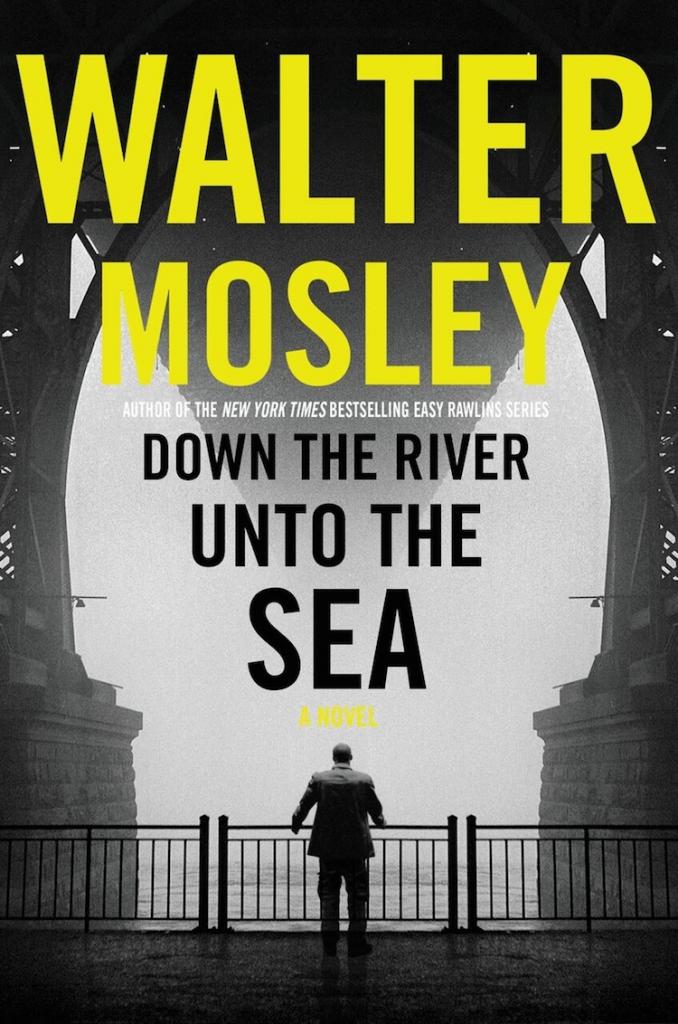 Something’s wrong. It may look just fine, but you know better. Call it intuition, call it plain-as-day, but there’s something off, something not-quite-right about a situation and it’s gotten under your skin. You can’t ignore it and you can’t let it be. As in the new novel, “Down the River Unto the Sea” by Walter Mosley, it’s time to set things right.

The last thing Joe King Oliver needed was that letter. Joe was already skittish and uneasy in his own skin, and he certainly didn’t trust very readily. That’s what happens when you’re wrongly accused of a crime but you spend 90 days in Rikers anyway, in solitary confinement, listening to other men scream, waiting to be killed. Yes, though that all happened more than a decade ago, it still simmered in Joe Oliver’s soul.

But that letter. It came from a woman who wrote that her name was Beatrice. But she was Nathali Malcolm once, long ago, when she was coerced into setting him up. Her lies and accusations sent an innocent man to prison.

Through the years, Joe couldn’t figure out why it happened, let alone who’d done it. He left Rikers broken with a lost marriage, a lost NYPD job…just lost. Weeks after his release, his only friend stepped in quietly and helped Joe with a PI business, and that’s where Joe was when he read the letter.

He didn’t want revenge—not completely, anyhow—but he did want his name cleared. This letter could do that, just as it could stir up a thousand bad dreams. When a beautiful woman came to his office with a suitcase full of money and a story of an activist who was railroaded straight to jail for a double-cop-homicide, the time seemed right to fix a few wrongs.

But the more Joe looked at his case and that of the activist, the more he saw similarities he couldn’t ignore. In solving one injustice, could he solve another? And was it safer to trust a real demon than to live with the demons in his life?

Here’s the thing I love best about Walter Mosley novels: the main characters are solid. You feel like you could lean on them all day, and they’d never budge. That’s Joe King Oliver, and that’s “Down the River Unto the Sea.”

And yet, there’s wiggle room in this book. Mosley doesn’t destroy readers’ fun by telling who done it in this noir whodunit. Instead, we’re allowed the same dawning realization that Mosley’s Joe has, and that just sharpens the gasping you’ll do while reading. Add a swirl of street-darkness, a few soulless characters and some clueless ones, a bit of pure evil, and you’ll be turning pages far, far into the night.

This is one of those books that leaves you a little breathless—not only while you’re reading, but once the back cover’s closed, too. For anyone who loves hard-bitten PI thrillers, reading “Down to the River Unto the Sea” couldn’t be more right.