At a moment when people are suddenly being confronted full force with society’s deeply ingrained sexism, two excellent new movies explore the lives of rebellious women, one real, the other fictional, who refuse to accept the restrictions that have been placed upon them.

Documentaries about Supreme Court justices tend to be on the dry side, but there’s never been one like Ruth Bader Ginsburg. She wasn’t the first female justice but is certainly the only one with a cool rap name like “The Notorious RBG,” or a popular impersonation by Kate McKinnon on Saturday Night Live. In RBG, filmmakers Julie Cohen and Betsy West have captured Ginsburg’s life in a manner that is both entertaining and illuminating, while making a strong case that she has done more to advance women’s rights in America than almost any other individual.

When Ginsburg first began fighting for women’s rights in the 1970s, there were countless laws that essentially codified women’s position as second-class citizens. Slowly and methodically, with each case both building on the one before and laying the groundwork for the next, Ginsburg created an enormous body of case law that transformed American women’s legal rights. However, if changing the law is challenging, changing people’s ideas about gender is even more difficult, and here Ginsburg has again played a crucial role. As the Supreme Court has drifted to the right, she has evolved into the modern court’s “Great Dissenter,” and her witty, passionate words have inspired younger women (and many men) to take up the cause. Cohen and West also offer a vivid portrait of the woman behind the legal arguments, with a particular focus on her long marriage to fellow lawyer Marty Ginsburg, whose rare-for-its-time support of his wife’s career allowed her to have a family and raise two kids while simultaneously becoming a legal giant. 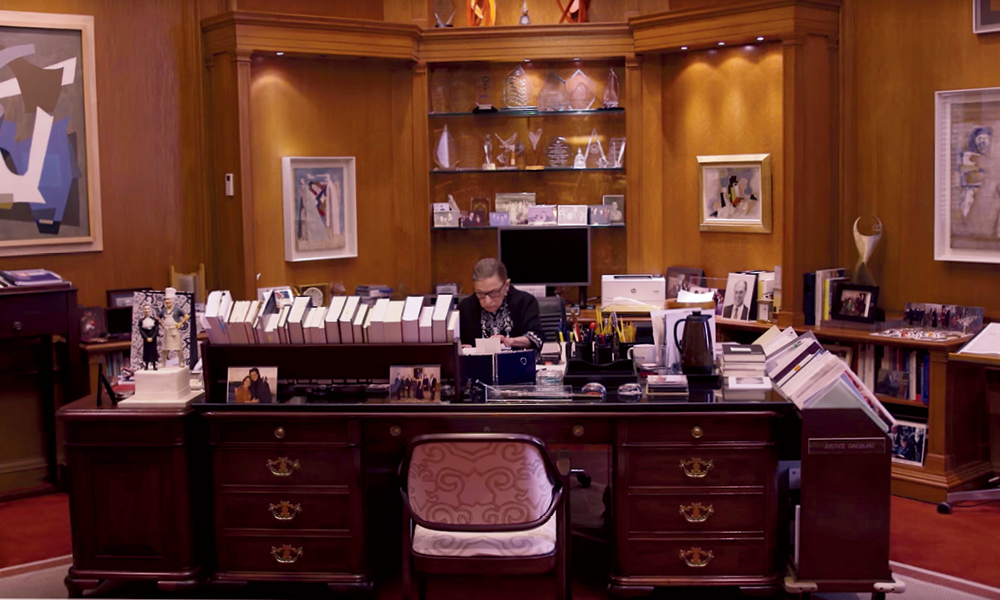 If RBG gives a sweeping view of one woman’s impact on American law and society, Disobedience offers an intimate look at a woman rebelling against a much older and even more conservative set of laws. Ronit Krushka (Rachel Weisz) is the daughter of the revered rabbi of a tight-knit British Orthodox Jewish community. She left when her secret relationship with Esti (Rachel McAdams) was discovered and has been living a liberated life as a photographer in New York.

When her father dies Krushka impulsively decides to return home for the funeral. Upon her arrival she is shocked to discover that Esti has married Dovid (Alessandro Nivola), her father’s favorite student, who was like a brother to her. All three soon find themselves caught between competing impulses of faith, friendship and desire. Disobedience is a dramatic evocation of the conflict between one woman’s embrace of personal freedom and the rules of a tradition-bound society. In his first English language feature, Academy Award winning filmmaker Sebastián Lelio (A Fantastic Woman) quietly evokes the intense emotions bubbling under the surface in a restrained but devout culture where every word and gesture trembles with meaning.