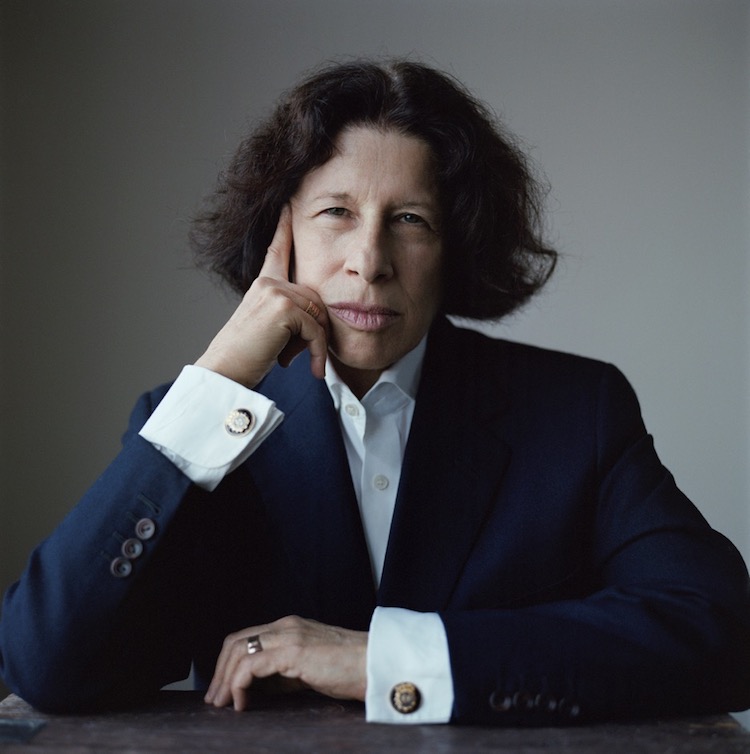 Humorist Fran Lebowitz would like to be the ‘night mayor’ of New York City. image: brigitte lacombe

“Every time I see the sentence ‘Paul Ryan is the conscience of the Republican Party,’ I think: What is that? Is that like being the quarterback of the New York City Ballet?” —Fran Lebowitz

Social commentator, author and public speaker Fran Lebowitz has said there are better and more productive writers, but there’s no one angrier than her. As part of the Trump resistance, Lebowitz channels her anger on Congress, politicians and the Supreme Court, and believes Americans spend too much time debating about entertainers, something she calls “misplaced moral outrage.”

A modern-day Dorothy Parker, Lebowitz’s pithy quips would work well on Twitter but she doesn’t even have an email account. Instead, you can catch her live for An Evening with Fran Lebowitz at South Orange Performing Arts Center in New Jersey on May 18 at 8pm.

Leading up to her show, Lebowitz discussed technology, presidential candidates and what our tax money should be used for.

Are you still technology averse?
I still don’t have a computer or a cell phone or whatever else you’re supposed to have. I used to say I don’t have a microwave oven, but I bought an apartment that had one in it and when I called the contractor to take it out he was describing to me how much it would cost to fix around it, so I just left it there. I don’t know how to use it. I’m pretty sure it’s disconnected or unplugged. I don’t understand what microwave ovens are. To me, it’s like having a small nuclear bomb in your apartment.

How do you think Bill de Blasio is doing as mayor of New York?
I think that the important thing about de Blasio is that he has tried, though he has not fully succeeded, in refocusing residents of New York on the idea that the people everyone thinks of as New Yorkers are only a very tiny percentage of them. The majority of New Yorker’s send their children to public schools and they rent their apartments, they don’t own them. Education should not be forgotten and the people who have money should also understand how important the public schools are. Civic life should include public schools and libraries, clean drinking water, living wages and decent housing. De Blasio did very important things like universal pre-K. But I don’t like what he’s done with public housing at all. I think a really progressive mayor would state the truth: that we have to build public housing even if it’s completely out of fashion. I walk around NYC all day and all night and I see so many people living outside, including many women and little children, and it is a disgrace to this rich city that goes on.

What do you think about the tax cuts Congress passed?
I’m really opposed to very rich people in public office because they have zero idea of normal life. And this is as true of my friends with a lot of money as it is of someone who is the president or a congressman. For example, Trump recently asked why we don’t get more immigrants from Norway. And someone from Norway pointed out they have free healthcare and free education, so why would they want to immigrate to the United States? We should have free healthcare and education too, and the people who do pay taxes in this country pay enough for that, it’s just they’re not used for that. Tax money is used for the military and to prop up very bad industries like oil and coal, the industries that are killing the planet. Tax cuts were given to rich people like Mark Zuckerberg, not the former coal miners that voted for Trump. Instead of buying military jets that cost $2 billion a piece, you could send every kid in the country to Harvard for what four of those planes cost. We would have a much better country if we stopped invading other countries and started educating the kids in our own.

Do you think Trump will serve his full term as president?
I do not think he’ll be impeached with this Congress. These Republicans are not going to stand up for anything. They are the most craven, cowardly, group of humans I can think of. I think Trump’s collusion with the Russians was about money. Trump couldn’t borrow money in this country because everyone knew he wasn’t going to pay it back. So the Russians lent him money and he became a captive to Putin. I think if Trump truly believes he will get caught he might step down. Some say Stormy Daniels might take him down. I don’t think so. To me, anything that will take him down is fine. I don’t care what it is. But Pence is worse with his morally grotesque ideology. All he really cares about is oppressing women. That’s why they concentrate on abortion and birth control. These are the things that free women. Without the legalization of abortion, women are hostage to their biology and that is just totally unfair.

Who do you want to run for president?
Of all the people who think they’re going to be the president, the person that I most don’t ever want to be president is Andrew Cuomo. I don’t even want him to be governor. I would happily vote for Cynthia Nixon (for governor) if I have the opportunity in the primaries. I really think Cuomo’s a thug. I always have. First of all, I have a very deep aversion to dynasties. That’s why we had that little war with England…I am not a person who can see the people around Cuomo, who are filthy money-wise, and imagine this is not connected to him. That is just delusional. I’ll tell you who I do like and it’s former Attorney General Eric Holder. When he was the AG, he wanted to try the September 11 conspirators in New York City and I was really in favor of that. It should have been treated as a crime as opposed to an act of war. And I really like what Eric Holder is doing now. He’s working on gerrymandering (and redistricting). Do I expect him to be the president? I do not. But I would like him to be.