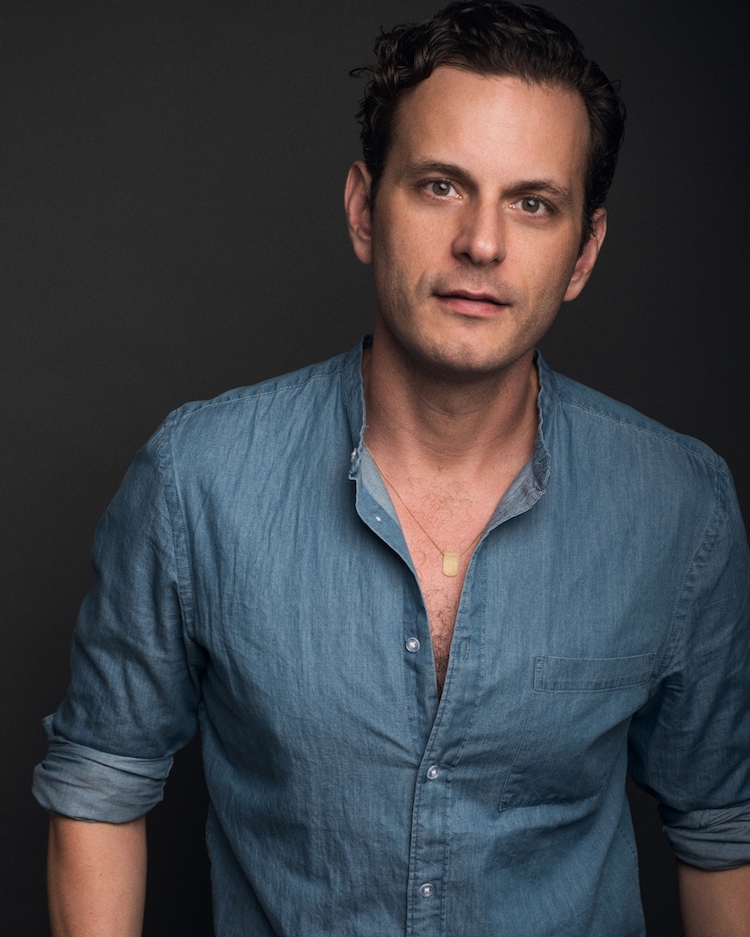 “I feel like it’s a gift, a blessing to get to play him,” actor Wayne Wilcox said during a break from rehearsals. He was referring to portraying legendary playwright Arthur Miller in Fellow Travelers, a play that world premiered at Sag Harbor’s Bay Street Theater May 29.

Written by Jack Canfora and directed by Michael Wilson, Fellow Travelers recalls Miller’s friendship with Elia Kazan (Vince Nappo), who directed Miller’s Death of a Salesman and A Streetcar Named Desire. Set during Hollywood’s blacklist, a time in the late 1940s and early 50s when artists were denied employment because of suspected communist ties or sympathies, the play also focuses on their love triangle with Miller’s wife Marilyn Monroe (Rachel Spencer Hewitt). “It’s dark, isn’t it?” the Gilmore Girls star asked.

Wilcox spoke more about playing such an iconic figure and returning to this era of history for the play that runs through June 17.

What’s it like getting to play someone like Arthur Miller?
There’s a lot that we know about him…I feel like I have a wealth of knowledge with getting to know who Arthur Miller was. Also, we’re telling a story that’s based on real characters…We are trying to stay true to who they really were as people and true to the events because they really happened but also find the humanity in these guys and tell the story about two friends who did some pretty amazing things and shared a life together.

Is there ever pressure to play a real character?
Oh, tons. And it’s also self-inflicted because you just want to get it right…To know that the character that you’re playing is true, there’s an added pressure to be the version of Arthur Miller that everybody thinks they know and everyone expects. It sounds like a challenge but it’s actually really freeing because you know so much about him and because I personally love the work of Arthur Miller. 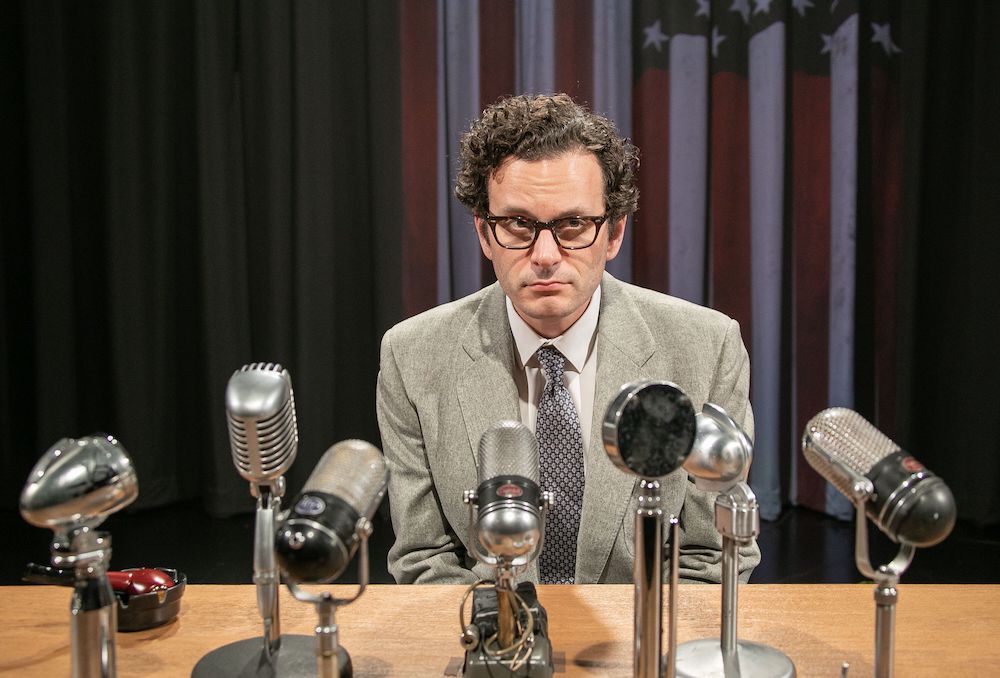 Was there anything about him that you were shocked to discover?
He’s pretty moody [laughs]. And while that’s really fun to play, it was surprising to learn.

What about traveling back to this time of Hollywood’s notorious blacklist?
I remember the first day of rehearsal being struck by what our country is going through now versus what we went through back then. I think we’re in a very interesting time—we want distraction from all the negative press, all of the seemingly oppressive ideas and arguments that get hurled around in our country right now. That’s the same thing that was happening then. If you’re anything like me, you want to get as far away from the news as possible and what we’re doing with this play is we’re going as close to it as we can. We’re telling some real truth about how people nowadays are reacting to our government the same way that people in the 50s were reacting to the government…It’s scary but I think we need to see that we’ve been here before.

What’s it like getting to perform in Sag Harbor?
I’ve been to Sag Harbor a lot. I find it’s a great place to get lost in the work that you’re doing as an actor for sure…The good thing about being in NYC while we are rehearsing is this is a play about people who spent a lot of time in New York; New York was very much a part of their lives…And then Sag Harbor is where we get to play and breathe. I think it’s the same reason that everybody goes to Sag Harbor right? [To get] some time away from the city to give your brain a rest.