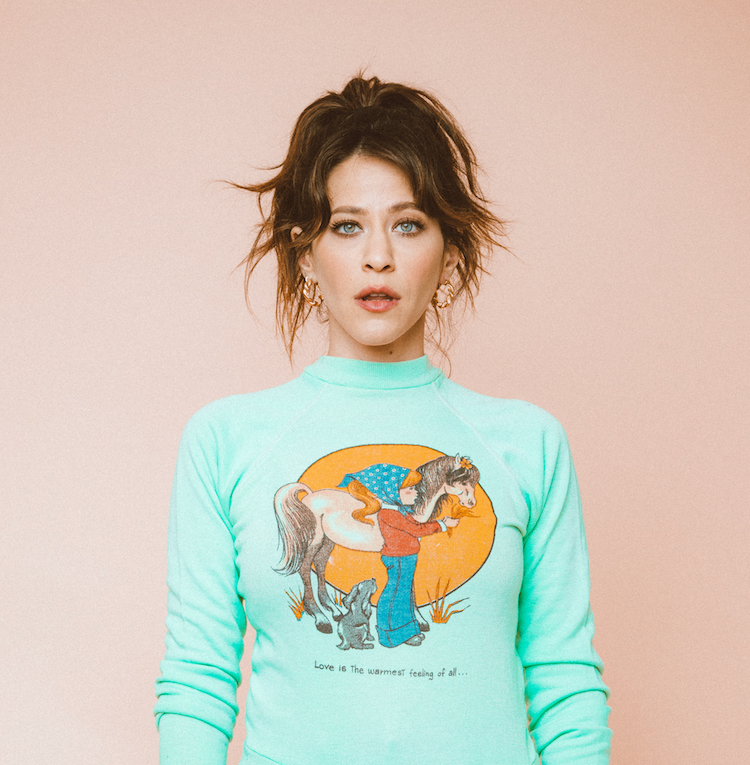 Jackie Tohn and the other gorgeous ladies of wrestling are getting back into the ring for season 2 of Netflix’s GLOW premiering on June 29. But this time around, their moves are better and their characters are making strides. “Season 1 was this sort of ragtag group of misfits trying to make a thing; in season 2 they are making it,” Tohn said. “The scope of their realities and their celebrity gets a little bigger.”

The series, inspired by the 80s television show of the same name, is giving viewers a deeper look at the characters as they explore their newfound fame in season 2. Tohn, an Oceanside native, plays Melanie Rosen (aka Melrose), an unapologetic party girl who often makes her cringe with her choices. But she also spoke about what she admires about her character and what the show—also starring Alison Brie and Betty Gilpin—is doing for female empowerment.

What’s your favorite thing about playing Melanie?
Something I really love about her is that she is not afraid. She says what she wants and she gets what she wants. I would maybe do it in a kinder way as a human being, but I like that about Melrose. She’s really unapologetic. And something that I like about her personality in season 2 that’s very different from season 1 is that she’s much more of a team player. In season 1, she was really out for herself. I mean season 1, episode 2, she fakes having a miscarriage because someone pisses her off. In season 2, she’s doing things that crazy but for the benefit of the team, not for the benefit of herself, not because she’s vengeful.

Growing up, you didn’t play any sports. Was it a challenge to start wrestling for the role?
At first, yeah it was…I could picture giant people in the ring throwing each other around, but I didn’t really know the ins and outs of what went into it…Season 1, I got in the ring before everyone else and because I’m a wise ass I was like, “Hey guys, if anyone is nervous to wrestle today just know that I will for sure be worse than you.” And then I got really good at wrestling and the trainers would always say to me, “Remember day 1 of season 1 of training where you got up and made your little silly announcement to make yourself feel better and to break the ice and make everybody laugh? That isn’t even true or who you are!”

GLOW has really helped me lift the limitations that I’ve had on myself and the labels I’ve given myself and the stories I’ve told myself…Going into the training for season 2, I was a totally different person than I was for season 1. I watched the show and saw how powerful and extraordinary we all looked and what this show is doing for female empowerment and I just felt part of a really big thing and got this fire lit under my ass.

What do you think this show does for female empowerment?
GLOW is so amazing because we are adding dialogue to a conversation that in Hollywood and really just in society is long overdue as far as equal pay for equal work for women and #MeToo and Time’s Up. Our season was finished before those movements came up and our show was just already talking about those things…As far as female empowerment and what’s OK in the workplace and what women should stand for and not stand for and being paid the same and being producers and coming on as powerful people—our show is like a microcosmic version of what’s going on in the world today.

How is it like on set?
It’s great. I think we’re in a time where women are trying more to build each other up instead of bring each other down. Years ago it would’ve been competitive and every man for themselves and you have to shine. Now it’s really more we’re all part of a team. You can’t wrestle alone!

On your time off when you get to return to Long Island, what are some of your favorite things to do?
There’s a place in Oceanside called 24 Hour Bagel, I love that place, I’ve loved it since I was a kid! That’s where we used to go get lunch in high school. But really when I’m in New York, I just hang out with friends, go to the theater, see my family—my family lives in Oceanside still and one of my brothers lives in Massapequa.