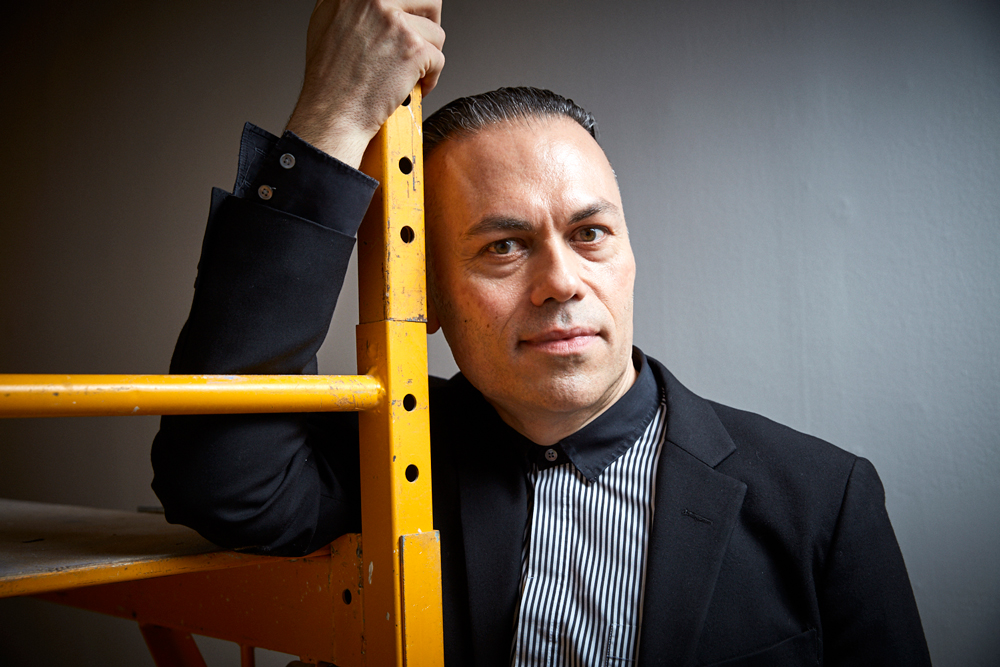 It took more than 30 years for the perfect denouement to an early chapter in Matthew Yokobosky’s life in the arts. “I was always taking art classes,” said Yokobosky, the director of exhibition design at the Brooklyn Museum. In high school, an art teacher encouraged him to think beyond painted surfaces. “He would bring in record albums for me to listen to. So I started bringing records in for him to listen to, because I didn’t think he was up on what was new. One week I brought him my Talking Heads albums. He saw they were produced by Brian Eno. The next week he brought in all of his David Bowie albums. He handed them to me in this brown bag and said, ‘I think you need to listen to these.’ That started my interest in David Bowie.”

Now, Yokobosky is sharing his insights in David Bowie is, the blockbuster exhibition that’s culminating a five-year, round-the-world tour at the Brooklyn Museum. It presents the singer, actor, artist, writer, choreographer, dancer, designer and rebel (rebel) through songs, album covers, handwritten lyrics, videos, costumes, photographs and more. It also presents a less-known aspect of the musician’s creative output through a large selection of Bowie’s drawings and paintings.

Yokobosky designed the layout and in this case, much of what is seen. The roughly 400 objects differ significantly from past presentations in England, France, Germany, Italy, Japan, Australia and Brazil. “I’ve gone into the archives and added 40 additional pieces. There’s material from the Blackstar album, which came out after the show was originally done. And I’m adding material to make it a bit more American,” he said. “When David Bowie was doing the Diamond Dogs tour in 1974, he recorded in Philadelphia…He made the album Young Americans, which contained his number one hit ‘Fame’ that he co-wrote with John Lennon. I wanted to point out ‘Fame’ in the exhibition. Also The Elephant Man, so I put in the show the theatrical backdrop that was in the Broadway production of the play.”

Theatricality infuses Yokobosky’s work and the exhibition, which is filled with music and videos. His studies in film and design landed him a position in the film department at the Carnegie Museum in Pittsburgh right out of college. Two years later he was offered a curatorial position in film and video at the Whitney. While working there he pursued his passion for set and costume design at New York’s cutting-edge experimental theater La MaMa, eventually winning a Bessie award. Yokobosky also designed several major exhibitions at the Whitney. Arnold Lehman, then director of the Brooklyn Museum, noticed and recruited him to take over exhibition design across the river. 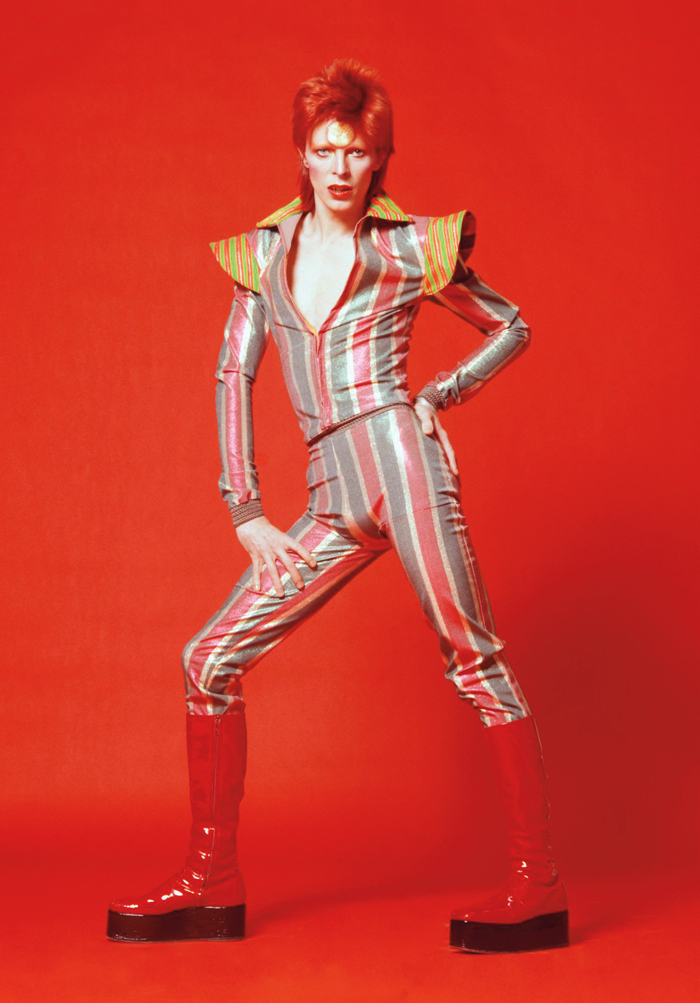 Over the past 18 years at Brooklyn, Yokobosky has been curating as well as designing. He approaches an exhibition as a way to tell a story, filled with dramatic moments, but also looks to create passages where one work leads, hearkens back or speaks to another in moving ways. “You always want to have those beautiful vistas as you walk through doorways, but now you have to think in terms of ‘are there enough ‘aah’ moments where people are going to say ‘I have to take a picture of that?’ It’s totally a new type of curating and a totally new approach to exhibition design.”

David Bowie is covers every period of the musician’s life, from his childhood in England to his swan song, Blackstar. And Yokobosky has packed in plenty of “aah” moments. “When you enter the show we have, from his ‘New York City Marathon’ tour, the word ‘Bowie’ in lights. Then, in front of that we have the ‘Tokyo Pop’ outfit—that amazing black-and-white striped suit from the early 70s. The ‘Starman’ moment is fantastic, when you see the costume he wore on the BBC… along with the video projection of that performance. And it’s all done within a mirrored box, so all the people looking at it become part of the experience of him performing. In the ‘Rebel Rebel’ section, we’re showing a lot of the costumes that were controversial…certainly the costumes from ‘Ashes to Ashes’ and ‘Little Wonder.’ They’re so iconic.” 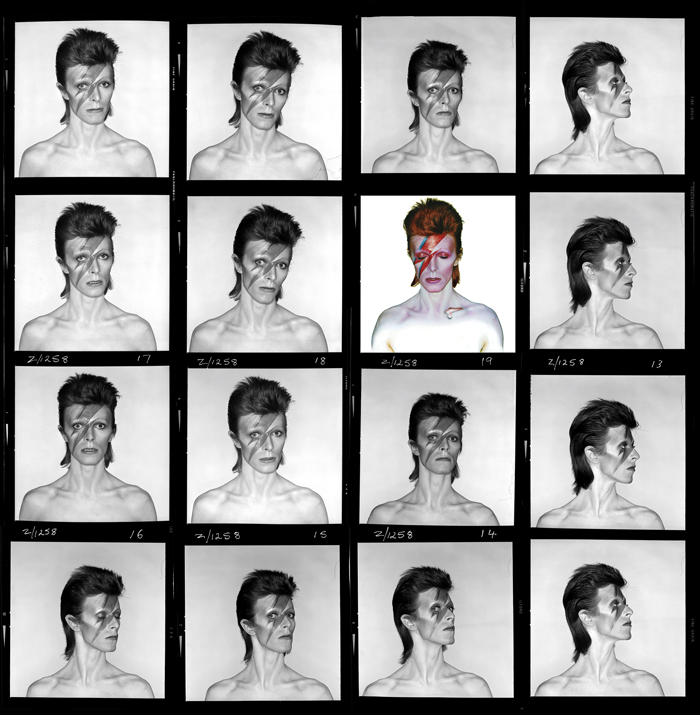 David Bowie appealed to so many people because he was so many things—always changing; communicating through alter-egos; defining himself by innovation, reinvention, self-expression, and imagination; rejecting pre-written roles and stoked by the creative chaos of the end of the 20th century and the beginning of the 21st. Yokobosky described Bowie as a chameleon. ‘‘I’ve known his career for so long. What I’ve always liked is that it wasn’t linear. It kind of wove back and forth and went on different paths, and he didn’t always return to the same place.”

Yokobosky’s presentation honors that spirit. “As you’re walking through the show you’re going to see each object from more than one perspective. In ‘Space Oddity,’ he talked about floating in a tin can far, far away. When he wrote that song in 1969, it was when that photograph came out called ‘Earthrise.’ No one in the world had seen what Earth looked like from space before. I feel David took on that character of the astronaut and was trying to see the world differently and take the long view about so many things…He was trying to say ‘Hey, everything doesn’t have to look this way. You can look at it from another perspective.’”