Surrendering to life’s indulgences—the moments when we treat ourselves to something outside the realm of necessity—is tantamount to a life well lived. These items are not defined by a price tag, but rather by the value they add to our daily routines. They are more than just sum-of-their-parts objects; they are portals that transcend the trappings of need into the uninhibited joy of want.

1. Nectar of the Gods 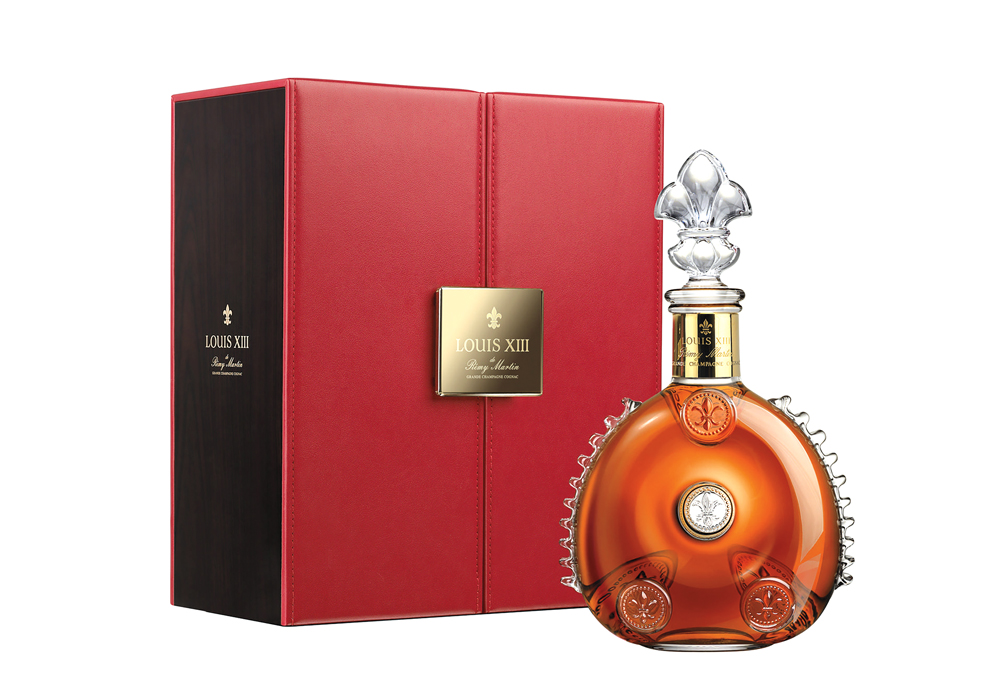 A defining requisite of a luxurious commodity is its place at the pinnacle of its field. For more than a century, LOUIS XIII has been the paragon of exemplary cognac, being offered in royal European courts and the world’s most prestigious hotels. Each crystal magnum decanter contains the trademark LOUIS XIII fusion of up to 1,200 grapes grown in the soil of Cognac’s Grande Champagne vineyards (the first cru of the Cognac region). LOUIS XIII then matures inside age-old oak casks. The end product is a delectable concoction that initially brings forth floral notes and candied fruits, followed by tastes of jasmine, passion fruit, ginger and nutmeg that linger on the palate for more than an hour. Good taste lasts: $8,000. 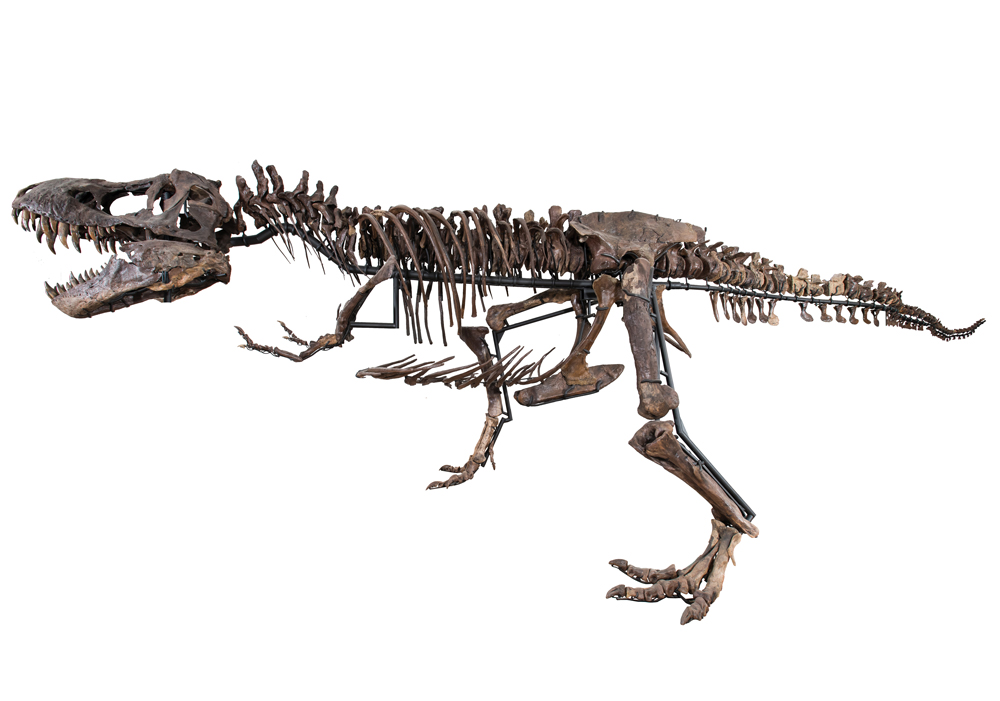 Subtlety is not always a hallmark of luxury, but rarity certainly is and you can rest assured that no other home on the block will have an authentic dinosaur skeleton scaling its halls. This $2.39-million statement piece, affectionately known as Roosevelt, is a composite T-Rex skeleton comprised of fossils roughly 65.5 to 72 million years old, found at three separate locations in Wyoming and Montana. Although the specimens and their respective sites were remote from one another, the similar conditions of preservation and overall size have made the pieces come together in a prehistoric puzzle. The 38-foot long, 12-foot high, 10-foot wide skeleton is 45 percent complete—absent bones are replaced with high-quality replicas. Roosevelt is comparable to specimens exhibited at the American Museum of Natural History and the Natural History Museum in London, thus turning your humble abode into an attraction of Jurassic proportions. 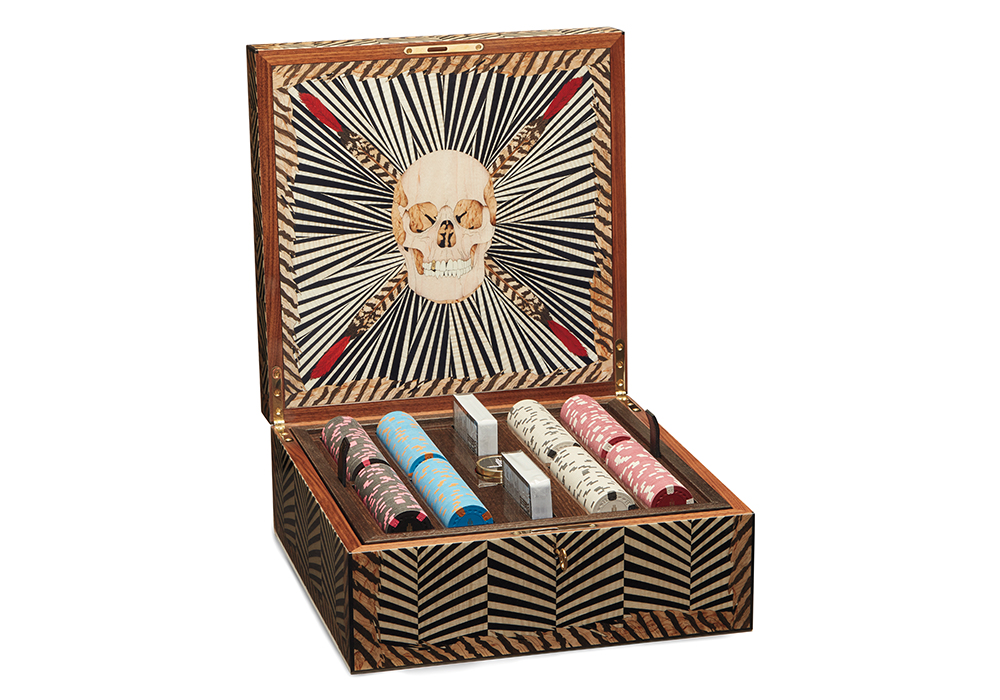 To impress in an innately high-stakes game, the wager must always be raised. Alexandra Llewellyn’s Skull Poker Set does just that, going all in on opulence. The box’s artwork—made up of more than 1,000 pieces of individually cut wood—is originally hand drawn then applied using marquetry. The devil is in the details of the set’s pristine finishes. The dealer button is made of black marble engraved and inlaid in brass, and the blind buttons are engraved mother-of-pearl discs. The 500 poker chips are custom made by the oldest chip maker in the U.S. and the playing cards are by KEM, widely considered to be the world’s finest card producer. Each of the fifteen $12,455 limited-edition sets has the edition number engraved on the skull’s hand-cut gold tooth. 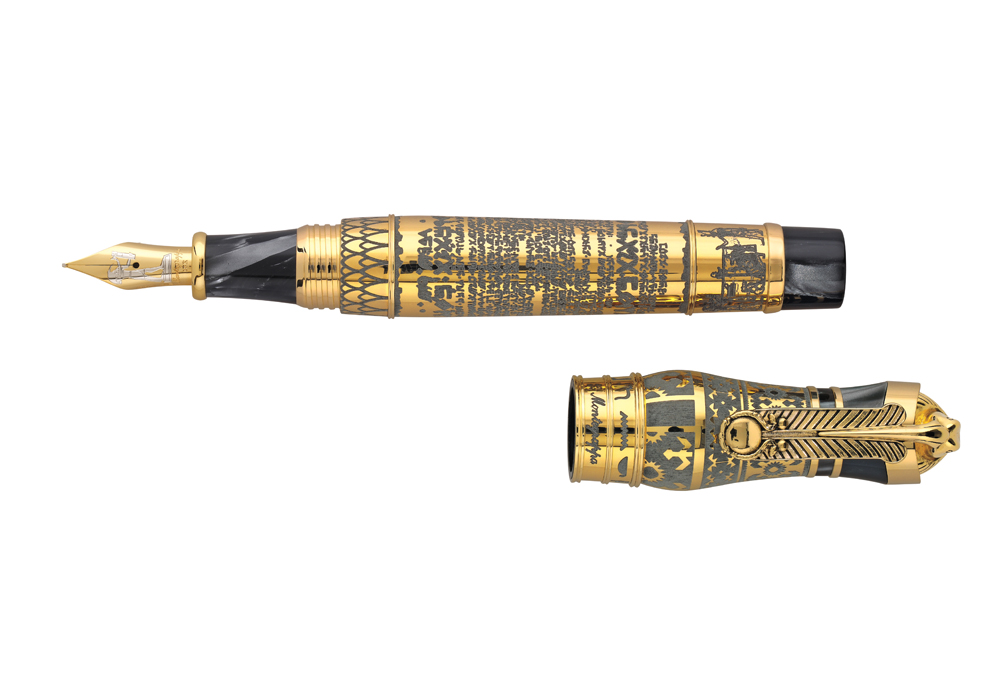 Handwriting has become a lost art, but Montegrappa’s 18K Thoth pen makes it well worth resurrecting. The pen is an ode to Thoth, the Egyptian scribe of the underworld believed to have created the ancient Egyptian alphabet and writing. It embodies antiquity both in detail and as a whole, with laser-cut engravings recreating the highly adorned walls of ancient throne rooms and the pen’s shape imitating that of a mummy’s sarcophagus. In art, Thoth was often depicted as a man with the head of an ibis and the pen follows suit on its cap. The barrel reproduces one of Thoth’s 12 emerald tablets (believed to be written in the lost language of Atlantis). According to Egyptian mythology, Thoth won five extra days of light by gambling with the moon. Thus, only five rollerball pens are available at $59,922 each.

Why must the pristine craftsmanship and mechanical dynamism of luxury cars be relegated solely to, well, luxury cars? What if these components were put into a vehicle that likes to roam just a bit outside the lines? The Wazuma V8F is your answer. Powered by a Ferrari 3.0L V8 engine, the four-wheeler packs a punch of 250hp. It also comes with a BMW M3 gearbox, customized to allow riders to change gears via two buttons on the handlebars. The $260,000 Wazuma is wrapped in a luxe black matte paint finish, right down to the rims, ensuring your ride looks good even with a little mud on the tires. Take it for a spin, wherever the road takes you.