It’s been said that real estate on Long Island is like the weather: it’s a perennial topic of conversation and a yard stick of change by which all other commerce is measured. These days, change is coming quick. The traditional, single-family-home structure that built our region still rules, but downtown developments are creating a new landscape. Urban, suburban and rural neighborhoods now share the Island that stretches just more than 100 miles from Queens’ western border to the tip of Montauk. It takes a savvy, seasoned broker to navigate the nuances of each micro-market and negotiate top-notch transactions. But how to qualify them?

Similar to other Pulse franchises profiling leaders in professional fields, we sought to identify who in real estate is making an impact on the markets. After a careful vetting process and third-party qualifiers of listing and sales information, we narrowed down a group of nominees at the top in their respective townships. The competition was fierce, but in the end, clear winners emerged as the best in their territories—and they had some interesting stories to share. For the third year in a row, we present Long Island’s Power Brokers. 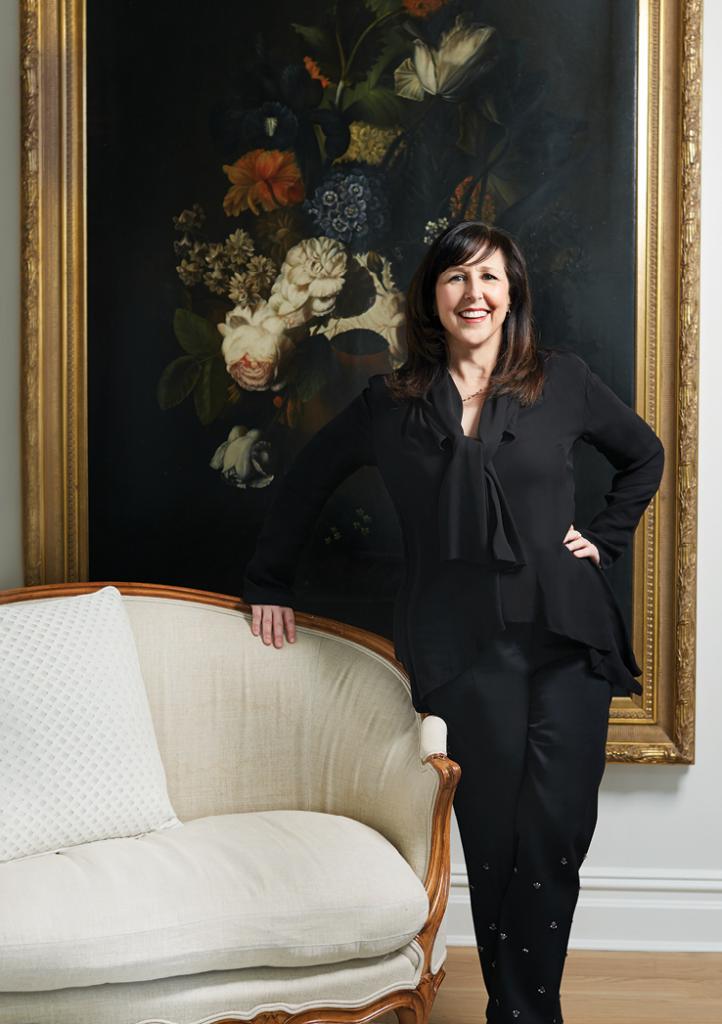 Even for Maggie Keats, who consistently ranks as Douglas Elliman’s top Long Island producer, 2017 was a banner year. She was responsible for one of Nassau County’s top 10 most-expensive home sales, a seven-bedroom waterfront property in Manhasset, which she sold for $6.8 million…in cash. That helped the Port Washington-based realtor take home the top annual individual prize based on gross commission income for Douglas Elliman’s Long Island realtors. As an art appraiser-turned-real estate broker, Keats’s accolades are the result of her knowledge of architecture and design coupled with a never-give-up attitude that helps close even the toughest deals. 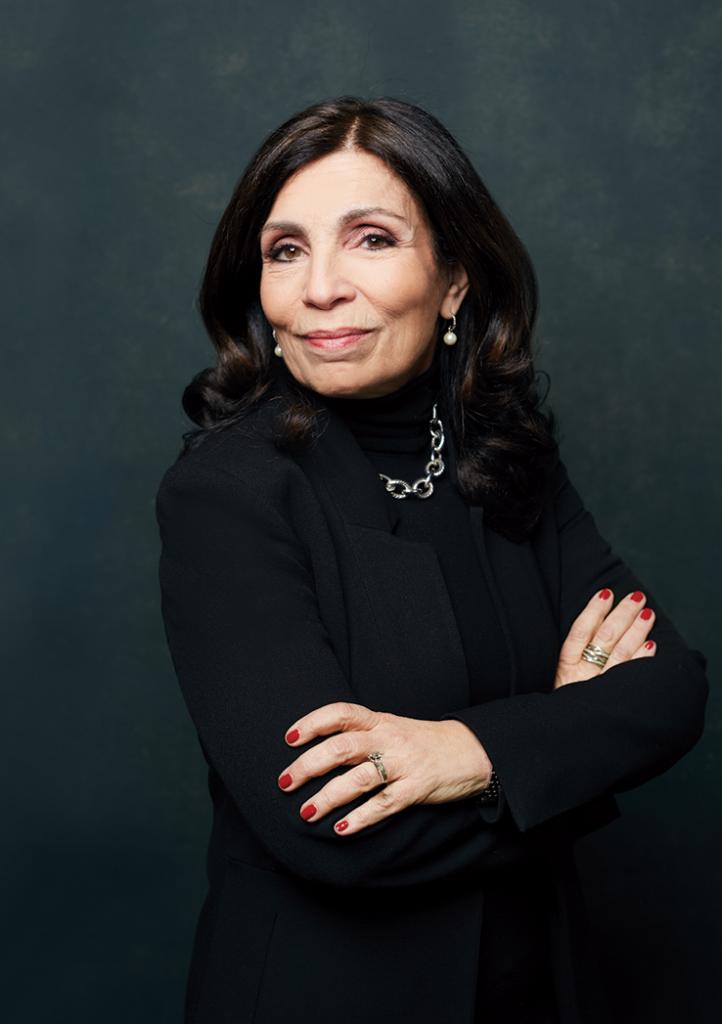 Linda Freedman has proven herself to be an expert in new construction. Just this past March, she sold a picturesque five-bedroom Brookville colonial for $4.3 million. Pivoting into real estate after a nearly 30-year career in retail, merchandising and brand building, Freedman brings a refreshing and creative perspective to residential real estate. Whether she’s helping a family find its first home, dream home or vacation home, the Manhattan native’s out-of-the-box marketing ingenuity and extensive understanding of both the Long Island and NYC markets is a winning combo when buying and selling. 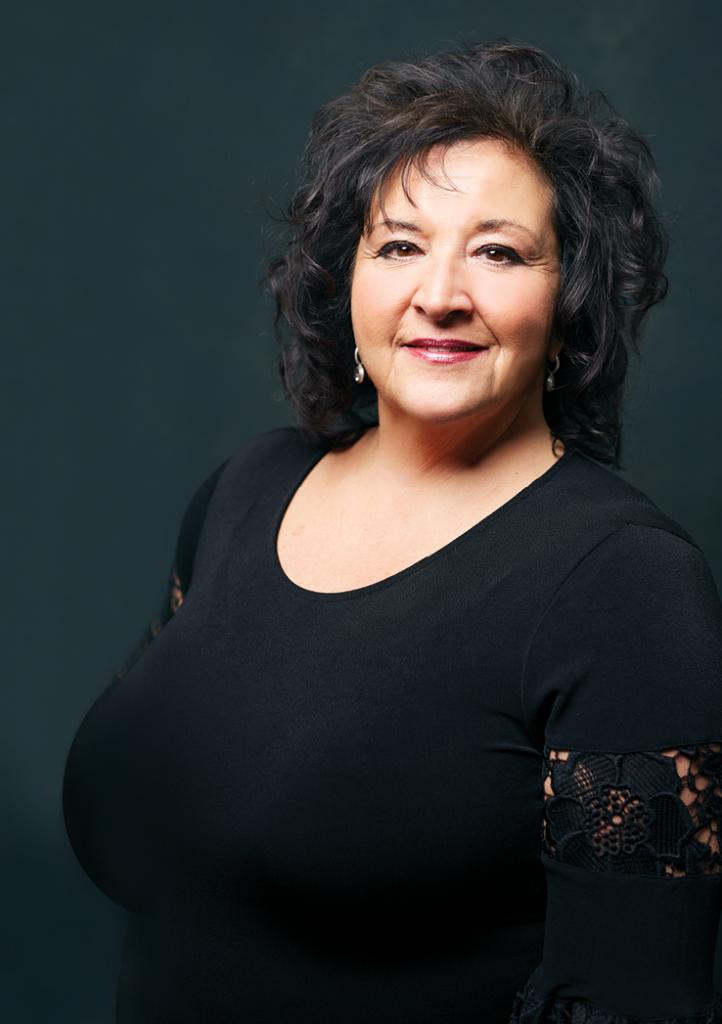 More than $5 billion in total sales last year is part of what makes Douglas Elliman the number one real estate brokerage firm on Long Island. The people behind those sales is the other big part. And amongst all the agents in its 23 local offices, no one sold more houses in 2017 than Annette Mina. Specializing in South Shore areas, including her hometown of East Islip, Mina’s knowledge and ability working this market shows, as she was also one of Douglas Elliman’s top three brokers for gross commission income in 2017 year. Mina’s business thrives due to her fierce negotiation skills and dedication to her clientele, and the wealth of knowledge that is the result of 40 years in the real estate industry. 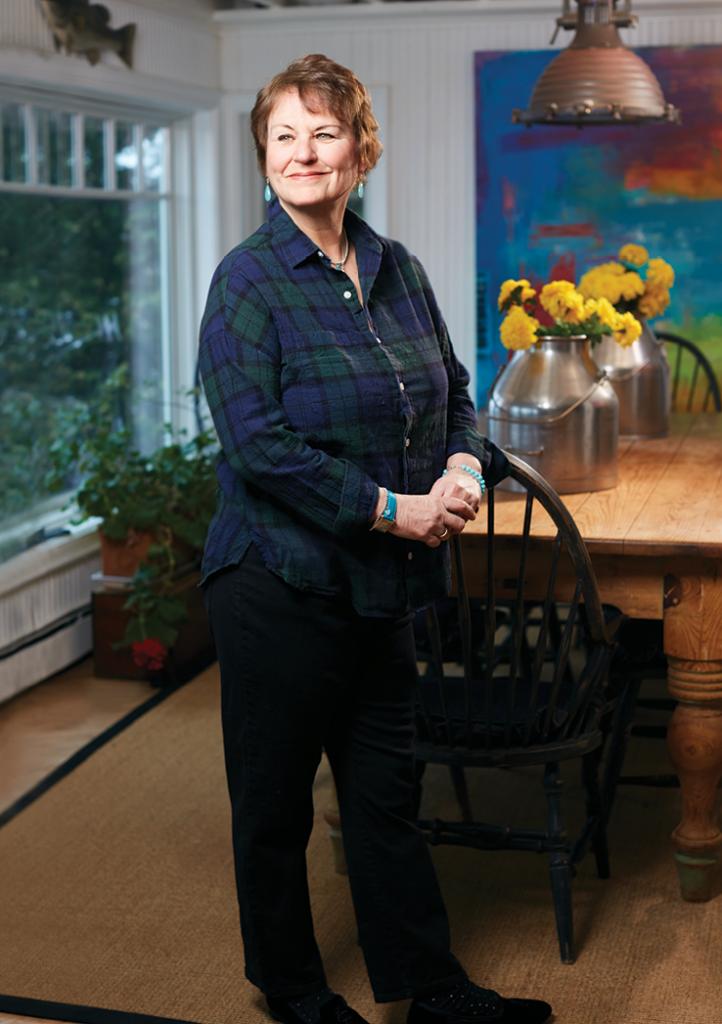 If there’s anything to know about Jamie Marcantonio, it’s that she’s a fighter. In 2013, she was diagnosed with Lyme Disease, which required a rigorous treatment program. Battles like that make competing against five other realtors for a beach cottage in Northport Bay relatively easy, which explains why she won the listing and sold the house for $2.75 million, Northport’s highest-recorded MLS sale in 2014. It’s numbers like these that prove why, despite her 2013 diagnosis, Marcantonio was named Coldwell Banker’s 2014 top producer in Suffolk, Nassau and Queens based on highest gross commissions earned. The 22-year veteran has kept it up, ranking as Coldwell Banker’s top associate broker in Northport every year since 2002. 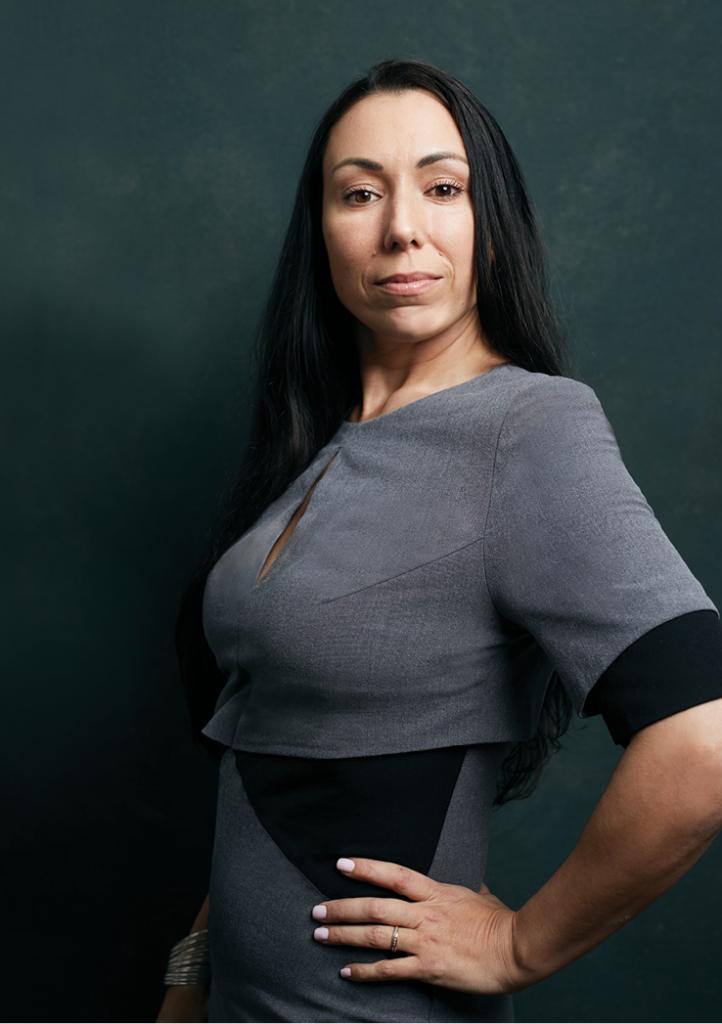 When Michele Sanchez couldn’t find a broker she trusted when buying her own home, she decided to bring her own skills to the table. Fourteen years later, her knack for the real estate business has helped families all over Suffolk County find their dream home. Like her colleague Jamie Marcantonio, Sanchez also suffered from Lyme Disease back in 2014, but her persistence to succeed culminated in receiving CENTURY 21’s prestigious “Centurion” Award the past two years, given only to brokers with exceptional gross commission income. That savvy is attracting in-the-know professionals of all stripes—Sanchez’s skills have attracted builders like Campo Brothers, who enlisted her to represent 13 of their new home subdivisions across Long Island. 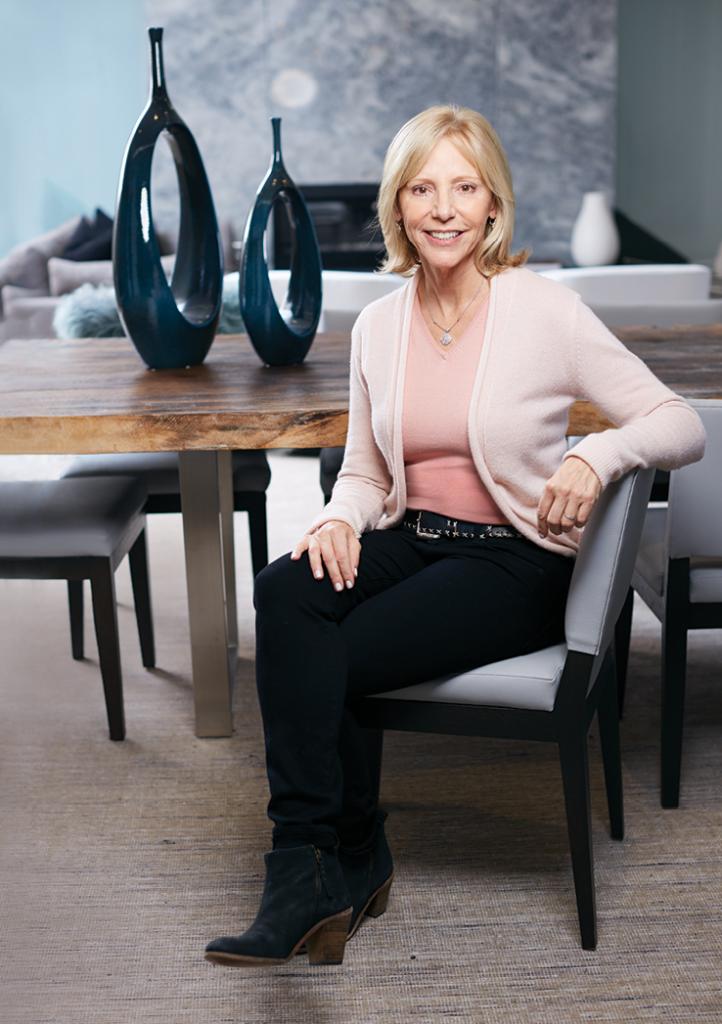 It turns out this Power Broker had to leave Wall Street in order to be recognized by it. After working at the financial capital of the world for five years, Susan Breitenbach and her husband decided to make the move to the Hamptons full-time. It took only two weeks of commuting before Breitenbach resigned, started raising a family and dove into real estate. She instantly got the bug, selling her first oceanfront property within the first year. Nearly three decades and $4 billion in transactions later has her ranked as the number one Hamptons broker by The Wall Street Journal. As for her most memorable listing throughout those years? Pulse’s 2016 House of the Year takes the prize: a stunning modern oceanfront Sagaponack estate designed by Bates & Masi Architects, listed for $50 million. 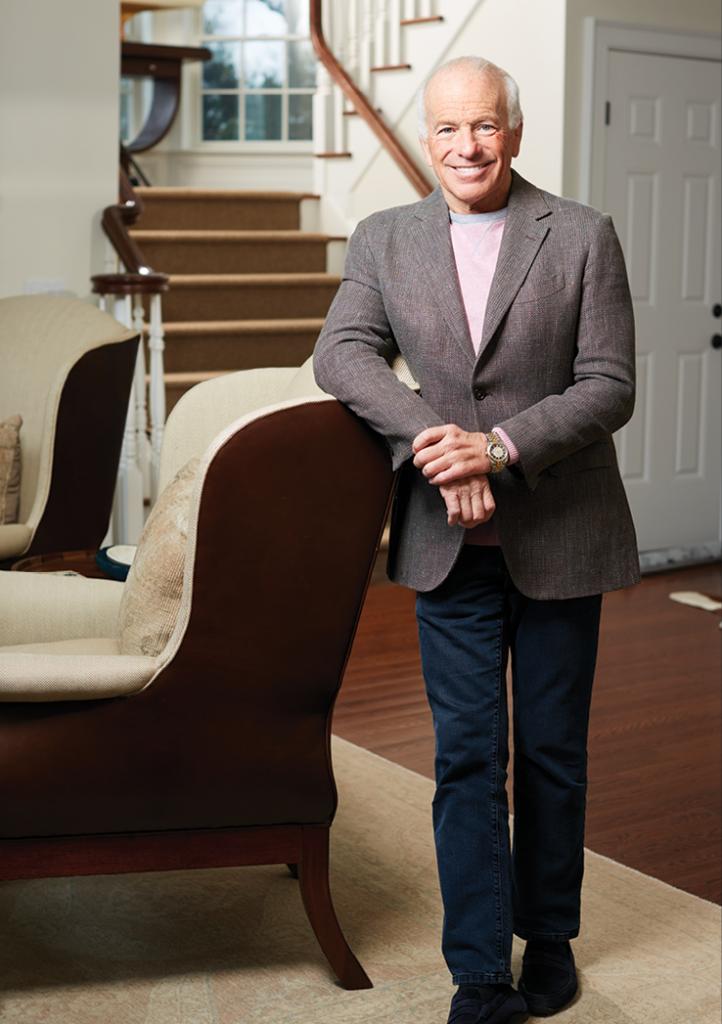 To be a true power broker is to define success as a sum of the parts, not by individual transactions. Gary DePersia’s entire career—going from the periphery of the textile industry in Manhattan to becoming one of the Hamptons’ most successful brokers—is how he derives his professional gratification. Though if he had to name a favorite deal, the crown jewel of his 22-year resume, which includes more than $2 billion of real estate transactions to date, is Tyndal Point, a 55-acre waterfront oasis in North Haven. The property that DePersia both listed and ultimately sold for $36 million, remains the biggest residential sale north of Montauk Highway. When buying or selling property on the North Fork, Sheri Winter Clarry is the woman to call. Proof lies no further than the fact that she sold the nine most-expensive NoFo listings last year. This year is off to a pretty good start as well: Her most recent feat is selling the stunning “Big E Farm” in Jamesport just last month. It all started for her as a buyer searching for a North Fork home and she now uses her market knowledge and passion for the area to help other buyers fall in love with the vineyard-lined roads that entranced her years before. And with listings like the most expensive sale in North Fork history under her belt, the real estate world has noticed. As a broker at Corcoran, Clarry is a member of the firm’s Multi-Million Dollar Club and has been the North Fork’s top producer every year since 2005. 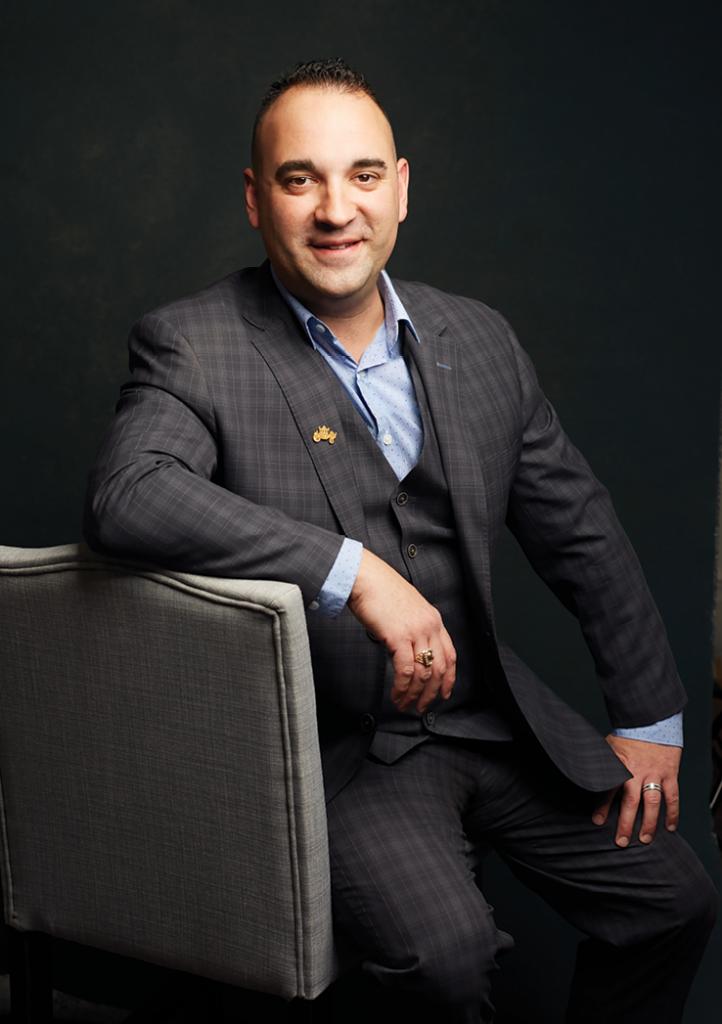 There’s no better testament to George Scarpias’ passion for his West Islip community than his title of “Mr. Christmas.” Every winter, Scarpias lights up every square inch of his house and even has a Letters to Santa mailbox where Santa answers every letter sent. He also runs a toy drive for children’s hospitals. It comes as no surprise then, that when this pillar of the community pivoted from sales to real estate, buyers flocked. In 2013, his first full year as an agent, Scarpias closed 45 transactions for a total volume of more than $22 million. His work has since earned him Coach Realtor’s 2017 Listing Agent of the Year and the Pinnacle Award, for realtors in the top three percent of sales company-wide. But for this rising star, the biggest reward is being a part of an important chapter in so many peoples’ lives, including his most memorable closing, selling a home to one of his idols, professional MMA fighter Matt Serra.