“If there’s one thing in life that you need to do, it’s to have experiences,” Helen Harrison proclaimed. “You have to be awake. Be alive. Be aware.” Waking people up to the power of art has been the driving force behind Harrison’s work. Over the years, she’s been an artist, a writer, an educator, a museum curator and, for the last 28 years, the director of the Pollock-Krasner House and Study Center. “And I’m still standing,” she chuckled.

There’s never been a better time to visit this Long Island jewel where bucolic beauty meets art history than this summer, when the museum celebrates its 30th anniversary. Jackson Pollock and Lee Krasner were the art world equivalent of a royal couple, and their humble castle in Springs, in the town of East Hampton, is open to the public. The two brilliant painters who pioneered Abstract Expressionism and redefined modern art created their most important works in a (then) rundown, unheated barn behind a small, cold-water house on Springs-Fireplace Road. When Krasner died, she left the house—but no funds to run it—to anyone who’d turn it into a museum. The Stony Brook Foundation, part of Stony Brook University, happily took the offer and carefully restored the property to what it is now: a glimpse of the working life and life’s work of two of America’s greatest artists.

Lee Krasner and Jackson Pollock were married in 1945. Two weeks later, they moved into the former fisherman’s cottage. They lived there full-time until Pollock died in 1956 and Krasner continued part-time until 1982. Their home and furniture, books and records communicate a sense of the lives they led. Creativity blossoms from every corner, like violets on an ordinary kitchen windowsill. The grounds, filled with verdant green, the transformative light of Long Island and the endless shush of rippling water were a restorative tonic from the noise of Manhattan and an inspiration for the artists. 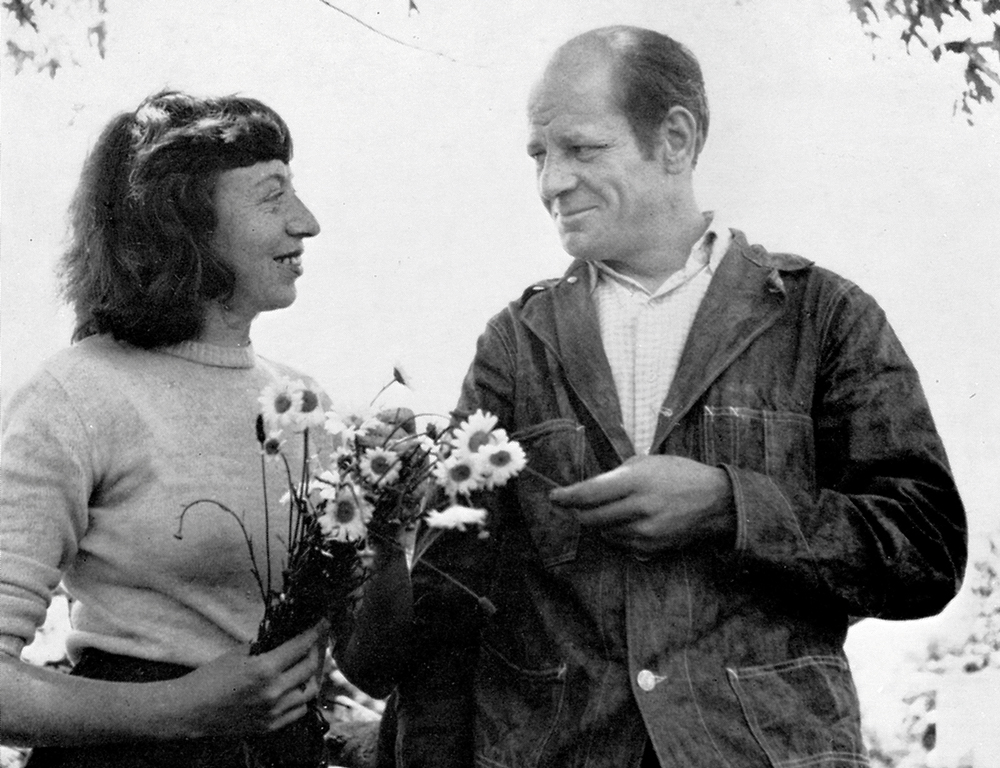 Harrison recalled her first visit to the restored property 30 years ago. “Walking onto the grounds, looking out over the field to Accabonac Creek, that feeling of just a special place that artists could relate to in a way that really changed their vision. Jackson and Lee moving out to the country, that kick-started them on a whole new direction—both of them. And I suddenly realized why it was so special…It’s not just a nice place to be, but an inspiring place, someplace that artists really got something from. And they still do.”

Despite its natural grace, for many the pilgrimage to the site is driven by the chance to stand inside the studio where Pollock poured his energy, his vision, his passion and his paint onto canvasses laid across the barn floor. To create his dynamic compositions, he leaned over them, stepped across (and sometimes on) them and with choreographed precision and artistic abandon, let streams of paint flow from brushes, cans, sticks and even turkey basters. They’re on display, roughly right where he last left them, as are his paint-encrusted shoes and leftover tubes of color.

There’s a unique sense that accompanies visitors as they don little booties, preparing to walk across a studio floor strewn with Jackson Pollock’s drips of paint and look at white squares on walls from which pops of Krasner’s colors burst free after she’d completed a painting and taken it down. “It’s reverent, partly because the logistics of it. You take your shoes off. You put the slippers on. It’s a little bit of a ritual…And then people go in and there are text panels. There are photographs to look at…They get involved, and that involvement quiets you down because it’s an authentic experience. It’s not secondhand on the computer…It’s not ersatz. It’s the real thing.” 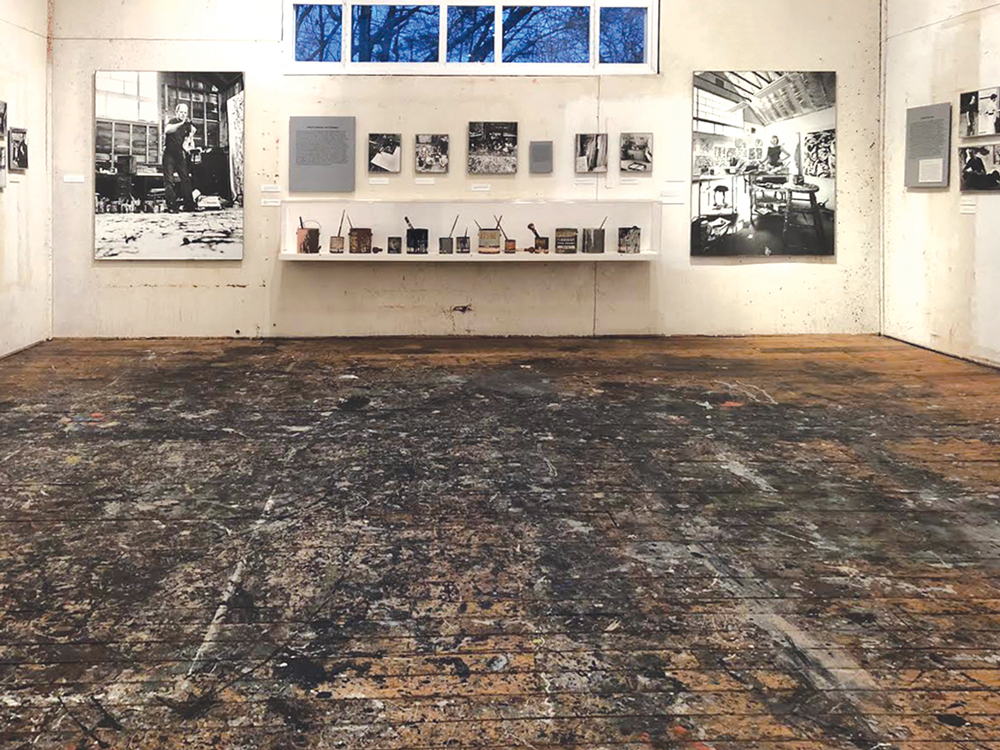 Harrison, who’s been following the call of art since her childhood in Richmond Hill, Queens, hears Pollock’s and Krasner’s voices in her daily work. But the one she hears most clearly is that of her artist husband, Roy Nicholson. The couple has been together since they met in the Brooklyn Museum Art School more than 50 years ago. Their lives and work have taken them on many roads, from New York to England and then Long Island, where Harrison previously worked as a curator at both the Parrish Art Museum and Guild Hall and has written extensively about the arts.

At the Pollock-Krasner House and its Study Center Library at Stony Brook’s Southampton campus, she’s had the opportunity to inspire as well as connect. Harrison has hosted the Premier of New South Wales, the Secretary General of the United Nations and movie stars. Ed Harris stayed overnight at the house and parts of the film Pollock were filmed on the property.

Whether greeting visitors, giving talks, writing articles or her recent series of mystery novels, or creating exhibitions like this summer’s Louis Schanker: The WPA Years and The Permanent Collection: A 30-Year Survey, all of Harrison’s work has been about that magical, silent connection between creator and audience. “Art, and creativity in general, is what drives civilization. Otherwise it’s just putting food on the table and trudging through life. You really need something more than that. A great work of art, whether it’s musical, theatrical, visual or whatever is an uplifting thing, and my God, if we can’t be uplifted, we might as well be dead.”