Long Islanders live a train ride away from the heart of Broadway, but they don’t have to head all the way to Manhattan to experience the magic. Broadway lives closer to home, inside of Bellport’s The Gateway. The historical theater has survived decades thanks to quality, professional shows made possible by an exceptional cast and crew who are the real deal.

Rich in history, the Gateway was born shortly after Harry C. Pomeran bought a 70-acre farm in Bellport in 1941 and turned it into a resort hotel for Christian Scientists. Pomeran’s three children—Sally, David and Ruth—entertained guests by performing skits, singing and playing piano. It wasn’t long before local residents caught wind of the talent and headed over to watch. The popular demand encouraged Mr. Pomeran and his wife to create a mini theater in their barn. The first performance of The Taming of the Strew took place with Sally front and center, officially launching the Gateway Playhouse in 1950. 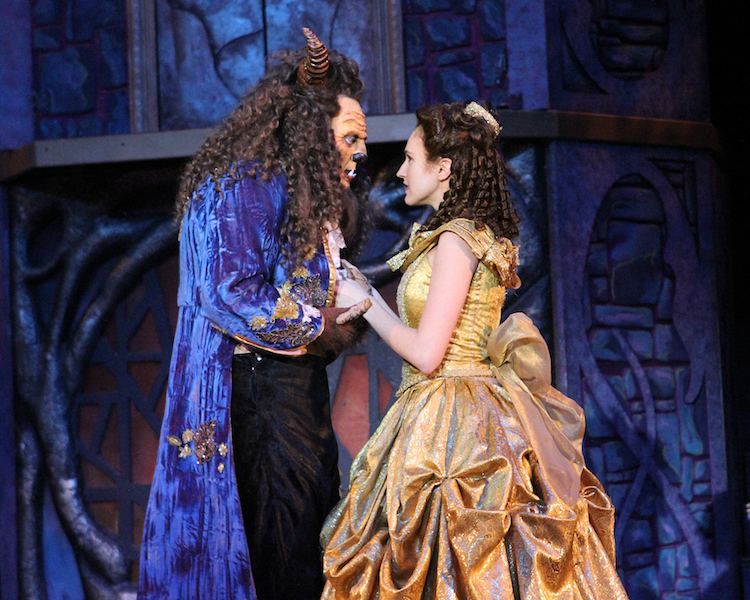 Beauty and the Beast takes over in December 2018.

The humble Gateway quickly gained popularity and became a fully functional professional theater. Several big names were part of the Gateway’s early success, including Gene Hackman, Ulu Grosbard, Michael Gazzo, Ken Howard and Julia Migenes-Johnson. Notably the famous Robert Duvall began his acting career on the Bellport stage, appearing in productions like The Cat and the Canary in 1955, Dial M for Murder in 1956 and in 1959’s A Streetcar Named Desire. The latter is what truly put the Gateway on the map, allowing it to transition into musical theater in the 1960s. 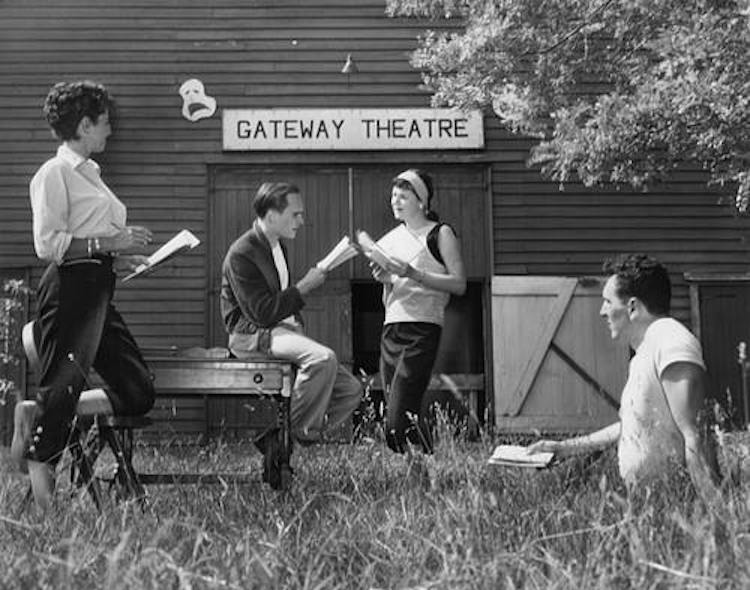 Robert Duvall at The Gateway rehearsing for the 1956 production of “The Tender Trap.”

The local gem continues to thrive today with an intense summer season from June through September. It has more equity contracts than any other theater on Long Island and the majority of leads have countless Broadway and television credits.

This season, theater lovers can laugh along with Nunsense or feel the explosive energy of the Tony and Olivier Award-winning musical, Memphis. That one features Broadway stars Moesha McGill and Josh Canfield and is directed by David Ruttura, Andrew Lloyd Weber’s former assistant and resident director of School of Rock. In August, catch the sultry Cabaret and relive 80s anthems with Flashdance. Also an acting school and school of performing arts, the Gateway is slowly turning into a year-round theater with shows taking place in November, January and February.

Get your tickets now and prepare to be blown away!

The Gateway is located at 215 South Country Road in Bellport.