One of the first pieces encountered in the Whitney’s exhilarating and probing exhibition, “An Incomplete History of Protest,” is a large, wall-hung sculpture that clearly references the American flag. The beloved, inimitable red, white and blue stripes have been flipped vertically, a hint that something beyond pure patriotism is at play. Though it clearly recalls the flag, there’s something different about the piece. It’s an abstracted version, its colors less vibrant, its lines less uniform. It’s made of some unfamiliar fabric. Theaster Gates, a multi-discipline artist and activist whose work engages social issues, created “Minority Majority” in 2012. A look at the label discloses that it’s made of decommissioned fire hoses, immediately introducing a larger dialogue.

Related Content
Judith and Gerson Leiber Leave Behind a Legacy

Gates, in the audio guide (available both at the museum and online), explained how the work and the thinking behind it evolved. He acquired the hoses before knowing how he’d use them. “I was really just thinking about the fire hoses not yet as something that was connected to history but just a raw material,” Gates said. “Minority Majority” is meant to respect that history and at the same time reflect cultural and demographic changes that are redefining ideas of the flag, democracy and what it means to be American.

Through paintings, photographs, performances, posters, sculptures, poetry, video and installations from the Whitney’s collection, the exhibition explores a quintessential American right—freedom of speech and the right to protest. The earliest works in the show are photographs by Toyo Miyatake documenting harsh realities of life in Japanese internment camps in the 1940s. Other sections bring the viewer through civil rights marches, AIDS activism, feminist statements, anti-war protests and responses by today’s artists to past and present injustices and the current political climate. 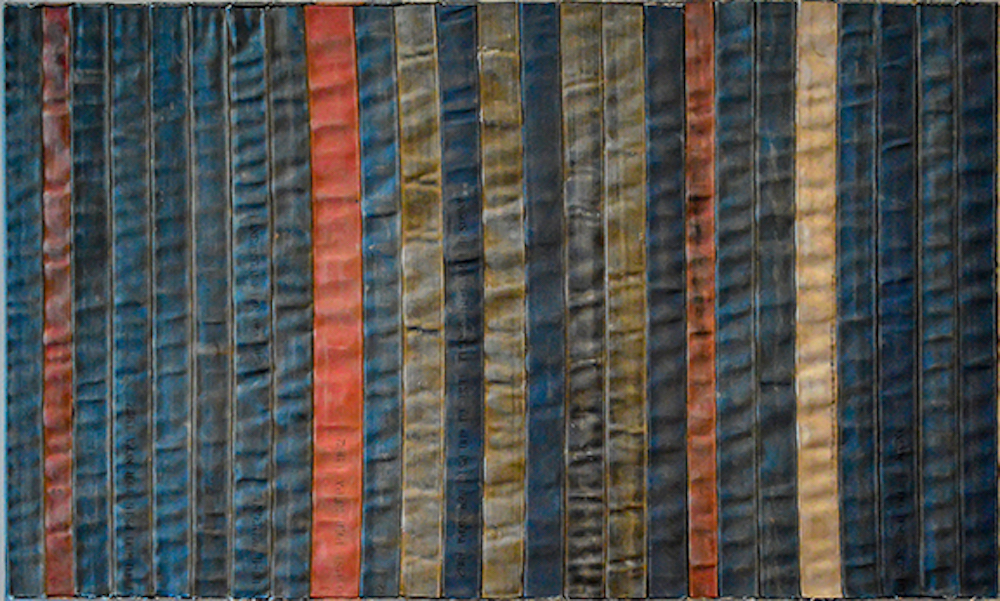 Galleries are devoted to eight thematic collections that include Resistance and Refusal; Strike, Boycott, Advocate; Spaces and Predicaments; Stop the War; No Idle Gesture; Mourning and Militancy; Abuse of Power; and The Usable Past. In some of the works, artists protest the Whitney, itself. There’s a sobering piece by contemporary artist, Faith Ringgold. A red, white and blue square is filled with an X shape, covered with the words “Hate Is a Sin.” In the work (made in 2007), Ringgold recalls a heartbreaking incident that took place outside the Whitney in 1968 as she was protesting discrimination in the arts. Unbowed, Ringgold turned a horror into a proclamation against negativity.

Anger and frustration about the AIDS crisis filled the art of the 1980s, as seen in the section titled “Mourning and Militancy.” Many of the artists who raged, hoped or mourned in their work, like Keith Haring and Felix Gonzalez-Torres, were taken by the disease. Abstract painter, Ad Reinhardt fervently opposed the war in Vietnam and often contributed to civil rights causes. In the 1950s and 60s, he created a series of all black paintings; one is included in the show. While his pure abstraction can be understood on many levels, it’s hard not to read some sense of resignation or repudiation in their emptiness.

Howardena Pindell, a longtime professor at Stony Brook University, testifies poignantly in a video “Free, White and 21” about injustices heaped upon both women and artists of color. Underrepresentation of women in the arts has been the battleground of the Guerrilla Girls, a group of masked marauders formed in the 80s to take action against injustice. Wearing gorilla masks, and under the names of famous women artists of the past (since they still hope to make it in the art world), the group made headlines and art history by counting and publishing how few women are included in shows at museums, how few gain gallery representation and how few are reviewed in publications. Though the sobering facts speak for themselves and have changed little over the group’s decades-long campaign, one woman named in a work on view for her positive influence is Bridgehampton gallery owner, Kathryn Markel. 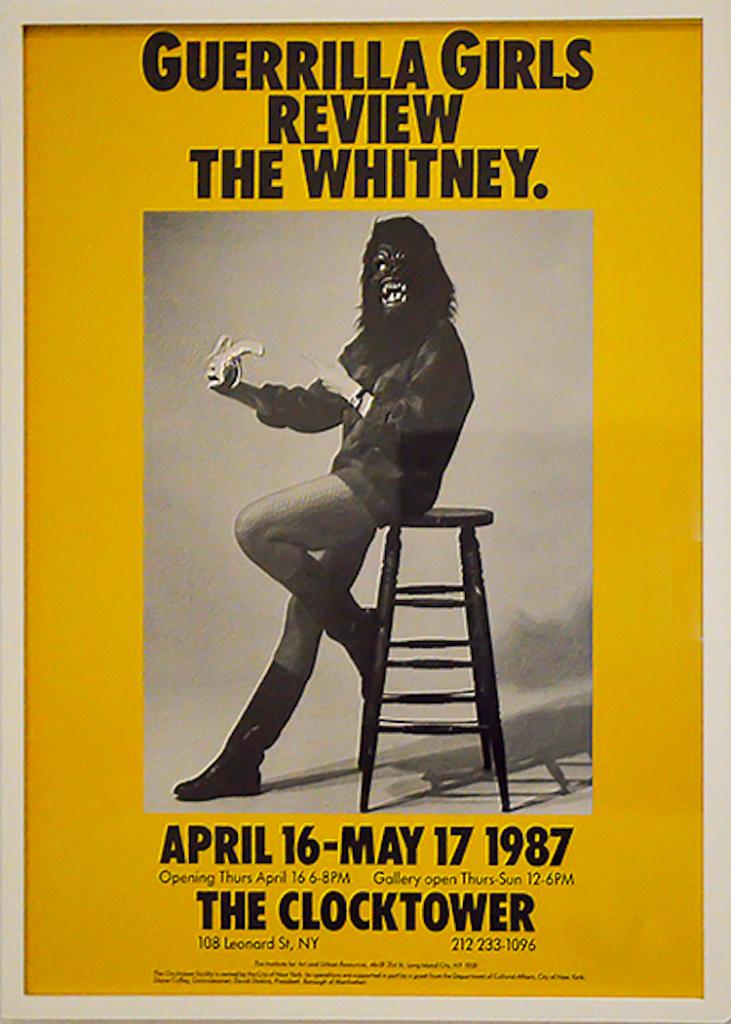 The exhibition ends in an outdoor-facing gallery. A wall of glass overlooks the New York landscape. Between the city and the viewer is a massive circular sculpture with horizontal and vertical axes bisecting it. It may take a moment to register that you’re looking at the world through a weapon’s crosshairs on an enormous scale in Rashid Johnson’s 2008 “Black Steel in the Hour of Chaos.” That entire gallery is wallpapered in a poem that repeats hundreds of times across the sunny expanse. In the “New No’s,” published by Badlands Unlimited, artist Paul Chan states his case unequivocally and unapologetically. His litany includes, “No to racists…No to fascists…No pity for bigots…No hope without rage…No to bounds by genders…No to clickbait as culture…No to art as untruths…No progress without others…No means no…No means no…No means no…No means no.” The entire poem can be read online.

“An Incomplete History of Protest” through its inclusiveness can leave the viewer feeling more complete, part of something bigger. When one looks at a body of work by an artist—a sweeping, encompassing vision of what they’ve done, how they’ve done it and what it’s been about—that sense is described as representing the artist’s “voice.” As Americans, the Whitney exhibition reminds us, we may not all be artists, but we all have a voice.

See It: “An Incomplete History of Protest,” Whitney Museum of American Art, through Aug. 27.