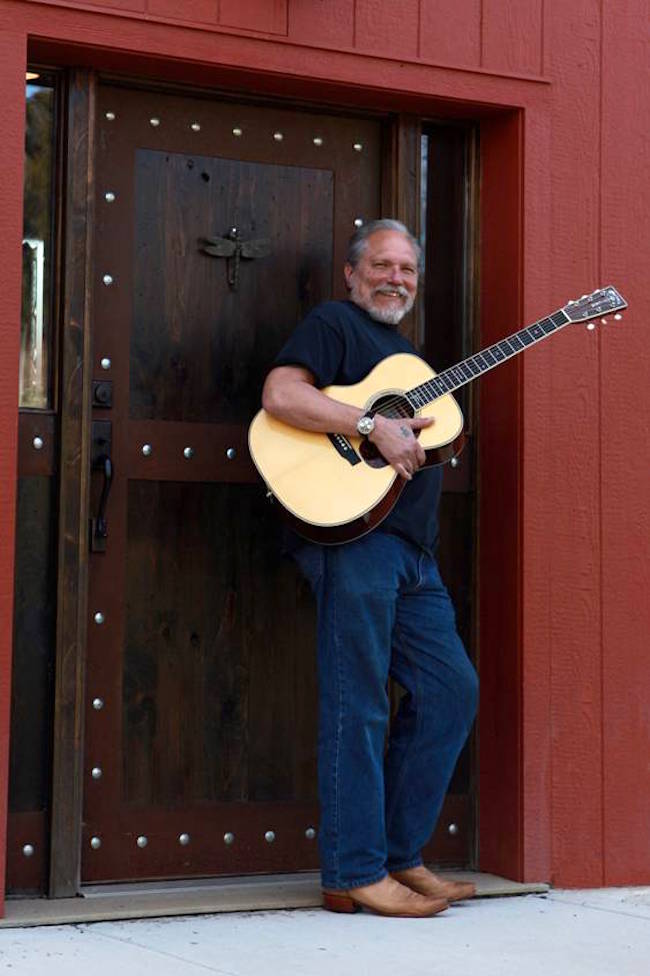 It’s been more than half a century since the legendary Jefferson Airplane stirred up the music scene with heady psychedelia leaving a mark for generations to come. Now at 76, lead guitarist Jorma Kaukonen continues to build his legacy with Hot Tuna—his rock band formed in 1969 with Jefferson Airplane bassist Jack Casady.

But along with Kaukonen’s growing song list is a desire to make a difference with his music. He’s teamed up with Long Island Autism Communities, Inc. for an intimate performance on April 13 at The Space at Westbury with all proceeds going to the organization in time for Autism Awareness Month.

Charlie Massimo, who has two 17-year-old boys with autism, started the organization in 2015 to build housing communities around Long Island where adults with autism can have a better quality of life, especially once their caregivers are no longer around. With plans underway to build the first community in Patchogue, the benefit with Kaukonen will facilitate the opening.

“He’s a legend. He’s probably one of the greatest guitarists in the world,” said Massimo, President and CEO of CJM Wealth Management. “And he’s very philanthropic so when he heard about our cause, he was very willing and able to help us however he could.”

Pulse: What can people expect from the benefit?
Jorma Kaukonen: This is going to be a solo show. It’s going to be acoustic… I will be doing songs from the new stuff as well as things over the last half a century… There’s going to be an auction and a fundraiser… You look at stuff like this and, to me, the auctions and all that other sort of thing are really incidental to what we are raising the money for, which is the most worthy cause.

Why do you feel passionate about this cause?
I have a number of friends that have children that fall into the special needs category and they have all been very fortunate to get the support that they need. [Their kids] will all be able to function independently as adults on whatever level and that’s really our goal. [No one in my] family has these needs but to be able to see [my friends’ kids] be served and function as adults, it’s a higher cause.

It’s great that you are lending your time to bring more awareness.
I’m far from an expert on this but the good news is that they know more about it these days and they are given the resources so these kids can be helped.

Are you also working on any new music now?
I’m always working on stuff. My career is sort of interesting now. I don’t have the pressure on me that we used to in the old days with Jefferson Airplane when they wanted X number of albums a year. I guess the bad news is I don’t have a record company to watch that. But the good news is I don’t have a record company to watch that. So we could proceed at our own pace. I don’t know if it’s going to happen this year or early next, but within the next 12 months or so, Jack Casady and I are going to be doing a new Hot Tuna project. I suspect that we are going to go back to basics and do an acoustic project and then we are going to really go back to basics and do something where we don’t have any fancy digital editing and stuff… Just play the songs live. You know, it’s so funny because in the old days that’s all you ever did and then we got so used to fixing things. But we can play pretty good so I don’t think we’ll need to fix much.

You constantly keep on going. How do you do it?
I’m so fortunate in a lot of ways. You know like my doctor says, “You owe your mom and dad a debt of gratitude for your genetics.”… Every now and then somebody goes, “Do you ever think about retiring?” And I go, “Why, so I can spend more time playing the guitar?” I mean, I get to do what I like to do. Also, in a normal life I’d probably be a great grandfather, but in this one I have a 19-year-old son and an almost 11-year-old daughter and I just couldn’t imagine what I’d be doing if I wasn’t doing what I do.

And I’m sure your kids love watching you play, too.
I’ll tell you a funny story about that. They appreciate it on some level because they both play music, too. But I had a funny experience last year. I was playing the Capitol Theater with the Electric Trio and my daughter was with me—she had some time off from school. I looked at the side of the stage and she was actually there for the whole show. And afterwards I went, “Sweetie, what did you think?” And she goes, “Well Dad, you know it’s not my kind of music, but you’re very good at it.”