Everyone has an Elvis story. The first time they heard him, the first time they saw him, the time they did a remake of one of his hits or imitated his style… Elvis was a lot of things, which makes for a lot of stories. He was rock ‘n’ roll and for that matter he was a parable for our country during his time. He was wild and creative, alive and vibrant, reckless, impetuous, generous, unstoppable, hypnotic and consuming. Even at his worst moments, he seemed to be all of this. For that, some forgave him and others turned away. Bob Dylan once told a story in which he was in LA with a bunch of other musicians and Elvis was calling them up to come hang out with him. But the king’s crown had already begun to tarnish and none of them could go up to see him like that, it broke their hearts too much. Elvis was also isolated.

Like most music lovers, I’ve been an Elvis fan all my life. When I got the invitation to moderate a discussion of the king’s life and work with Priscilla Beaulieu Presley, I was naturally floored. Of all our stories, she is the only one to have the story of being his wife, confidant, friend, accomplice and the mother of his child. To prepare, I read her memoir, Elvis and Me. Among other things, Priscilla shares intimate details about their 18 years together, the complications of it all and the life of the king.
Embed from Getty Images

Through the precious prism of her relationship with the legend, we learn about some of the forces at play behind the world’s greatest star. Priscilla tells the tale of a complicated man under extraordinary circumstances. She wrote the book for their daughter, who is living her own extraordinary life. But I also think she wrote it for herself, the undying love she shared with Elvis and for him too. “In many ways, I don’t feel like we ever left [each other],” Priscilla told me. “We still cared for each other. We still called each other, I went to his shows, I visited him at Graceland and he’d come to see me early morning hours at my home and he would always come by and show me one of his newest cars. I’m still very close to basically most of the old gang. Sadly many have passed. This tour is many things for me…It’s staying in touch with his fans, clearing up myths, rumors and lies, and to be honest, it’s very therapeutic. I also answer questions from the audience.” 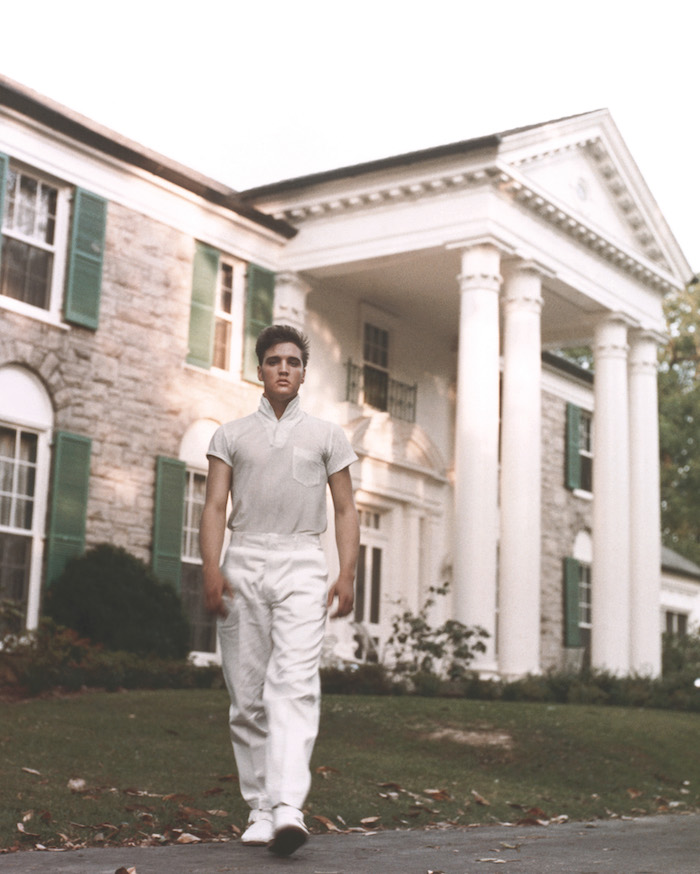 MEMPHIS, TN – CIRCA 1957: Rock and roll singer Elvis Presley strolls the grounds of his Graceland estate in circa 1957. (Photo by Michael Ochs Archives/Getty Images)

Priscilla exposes a man of exceptional vastness. The energy and emotion we enjoyed from the performer was no act. It was the product of a man who lived just as fiercely, felt just as deeply and hurt just as badly. We learn of the couple living a life of sex, drugs and rock ‘n’ roll, but also a deep rooted hunger for the forces influencing this life. Elvis taught us how to plead to be loved tenderly because he was tender. And he also taught us how to shake with jailhouse rock because he was able to love every moment freely like it was his last. 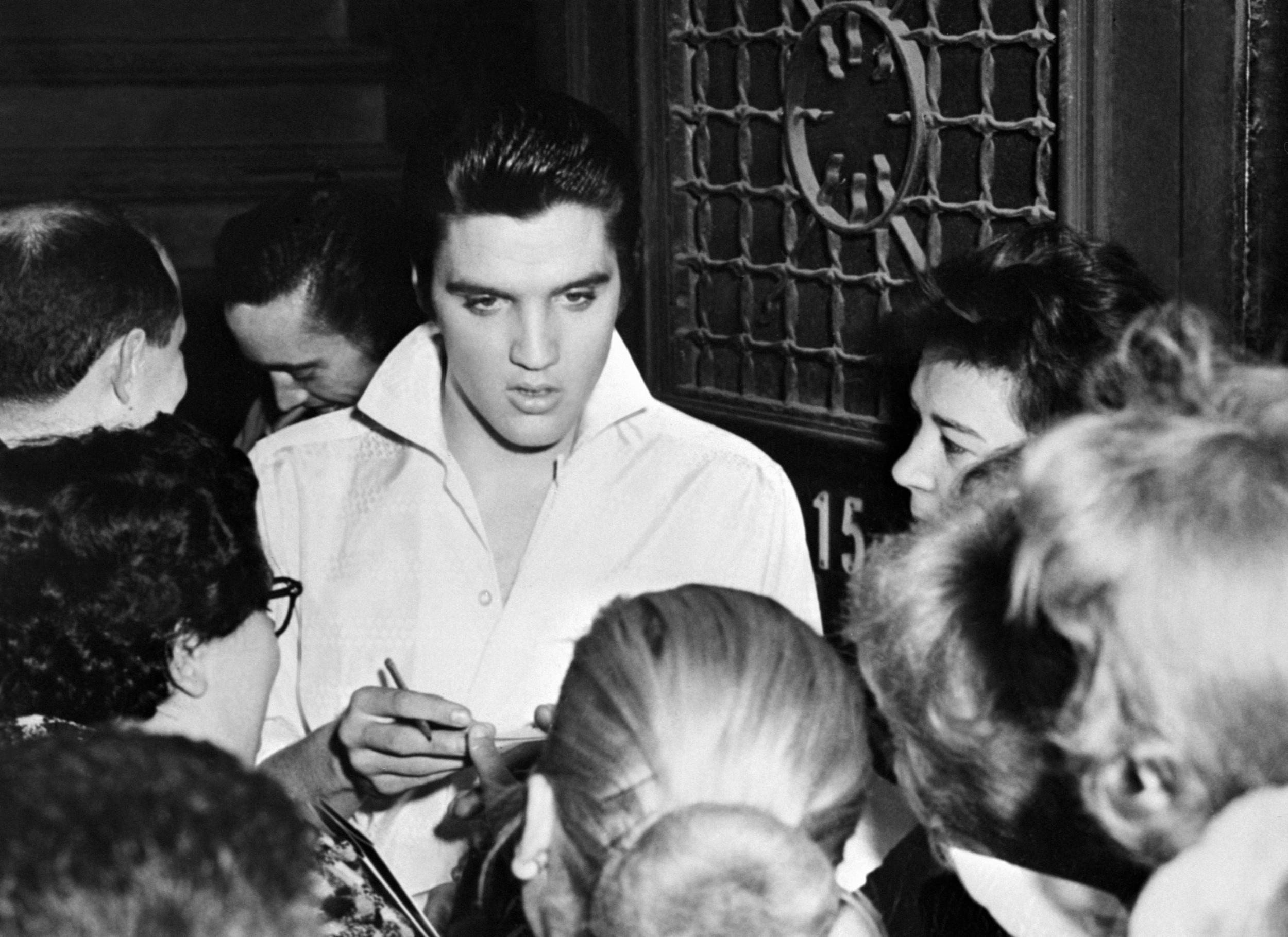 I always wondered what influenced Elvis to make music that could influence so many others it spoke to them across all genres. Or that people in any country could be so taken by words they didn’t understand. Elvis loved opera and gospel, read books on philosophy voraciously, played with guns, rode horses, was afraid to fly but seemed to fear no one. “Elvis enjoyed listening to and watching opera. The emotional ties between conductor (with his baton in hand), music and his orchestra was intriguing to him. He loved the drama put forth when the maestro would get lost in the music and guide his 50 or more men and women who themselves would get lost in all the glory of emotion. Sometimes he would take his cane and mimic the conductor as we watched…Elvis loved the operatic tenor voices of Enrico Caruso, Jan Peerce, John Gary, Mario Lanza…Beethoven, Mozart, Brahm,” Priscilla told me.

Despite the painstakingly curated costumes and acts, he came to us honest and vulnerable. Pure. Because he was so exposed to us, it’s easy to think we knew everything about him. Then again, it’s impossible to know everything about even those we are closest to.

On Sunday, October 29, at 8pm at the NYCB Theatre, I’ll be on stage with Priscilla reviewing select, rare moments of her and Elvis’s life. I’m going to ask her about all of this, the private stories behind the music and I hope you’ll be there to hear for yourselves, too.

Join Nada and Priscilla at NYCB Theatre in Westbury on October 29 at 8pm for this rare look into the life of Elvis Presley. Elvis fans and music lovers can find tickets by clicking here.