Looking back on two decades, the members of 98 Degrees agree on one favorite memory: This Christmas. The festive album released in 1999 went platinum and expanded beyond the boy band’s typical demographic.

“We’d have older guys come up to us and say, ‘You know, I’m not really a fan of you guys but my daughter is. We have your Christmas CD and we listen to it every year and we love it,'” Justin Jeffre said.

The group decided to relive that holiday magic by releasing a second Christmas album, Let It Snow, in October. Jeffre and his bandmates—Jeff Timmons and brothers Nick and Drew Lachey—recorded some of their favorite holiday tunes that didn’t appear on the first album. The album’s 12 songs include a Stevie Wonder cover of “What Christmas Means to Me,” “Little Saint Nick” by the Beach Boys, “Mary, Did You Know?” (Nick’s choice) and “River” by Joni Mitchell.” There’s also an original track titled “Season of Love.” “The CD takes you a little bit on a journey,” Jeffre said.

The group hit the road in November for a holiday tour with a stop coming up at the Theatre at Westbury on Nov. 26. Jeffre chatted more about the shows, the new album and what keeps 98 Degrees rocking on.

Related Content
Holiday Shows Not to Miss This Year

How does it feel to be back on the road together?
It’s a lot of fun. It’s hard to believe it was 20 years ago when we first started. But I feel we have more experience. We are better performers and we get along better. We’re lucky the fans are still coming out to see us. They seem to really love the show that we put together for Christmas.

What’s the crowd like these days?
Our fans have grown up along with us. Some of them are bringing their kids. And especially because this is a Christmas show, we’re getting all ages.

What does this new Christmas album mean for the band?
It’s sort of like coming full circle. But at the same time, we’re doing songs we’ve never recorded before and it’s a bit of a challenge. We are so proud of our first Christmas CD, we wanted to do something that was as good, if not better, and we feel like we accomplished that…There’s real horns on there, real instruments and I think that makes a bit of a difference as well.

Tell me a little about the original song “Season of Love.”
It’s a real upbeat song that’s just about that feeling that everybody gets around Christmas. People tend to be nicer, more generous and treat each other better. It’s a song about extending that feeling throughout the year, especially with all the sad things going on in the world. 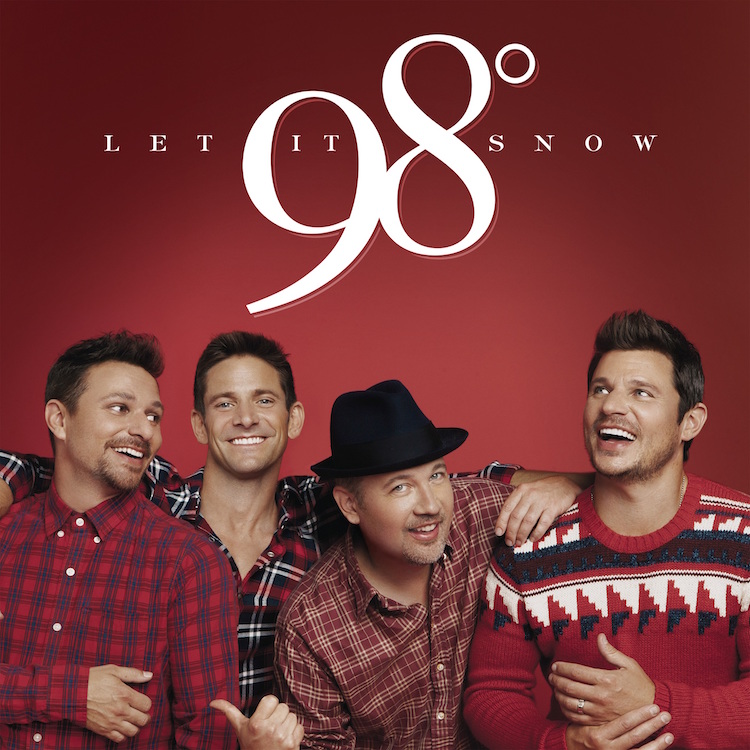 What can fans expect from your Long Island show?
This show is different than a typical 98 Degrees show. This show is more theatrical…And it’s a little bit more of our personality. We get to be, at times, a little bit silly and have a lot of fun. Of course, you’re going to hear all of the 98 Degrees hits and you’re going to hear some of our Christmas classics from both our CDs…We’ve been having a blast performing.

What keeps the band motivated after all these years?
We love what we do. We love to make music together and we love to perform for our fans and feel that energy that they give us. There’s nothing like it. For us, it’s not a question of, “Do we have to do this?” Ever since we started recording and performing together again we’ve all collectively said, “Yeah, we definitely want to continue to do this!” As long as our fans keep coming out to see us, we’re going to keep doing it.

Can we expect any other projects?
We just finished this Christmas CD this summer and then we geared up for the tour. Of course, Nick was doing Dancing with the Stars. I have my other side projects. But right now we’re just very focused on this tour…When we’re done, we’ll take a breath and think about next year. There’s already some talk about doing another Christmas tour because this really seems to be going well.

Speaking of Nick and DWTS, were you watching him?
Yeah, we watched him. Actually we were in L.A. rehearsing so we all went and saw him and were rooting for him. Unfortunately he’s no longer on there, but I think he did a great job and we’re proud of him for giving it a shot because he always said he would never do it and dancing is not something that he considers his strength. I think it was cool that he went out there and gave it his best.

Any big plans to celebrate the holidays coming up?
We’re going to have dinner together for Thanksgiving because we are doing the Macy’s Day Parade. As far as Christmas, the tour goes until Dec. 23 so I think everybody is just going to go home and spend some time with the family and relax.