Craft, micro, macro, barley, hops, malt—the list goes on and on. These are just a handful of keywords used when it comes to discussing breweries and the beers they produce. The Brewers Association defines an American craft brewer as one that is small, independent and traditional. Think: local favorites Great South Bay Brewery, Moustache Brewing Co. and Shelter Island Craft Brewery. On Long Island, these brewers have been making a name for themselves in an area known for its wine, but farm-to-bottle applies to more than just vino. The good news is you don’t have to be a cicerone to appreciate all these brews have to offer.

Cheese—it’s not just for wine. Between locations in Northport and Stony Brook, Brew Cheese offers tasting flights and pints of various craft brews that can be enjoyed with different cheeses like drunken goat, truffle gouda and ewephoria. Visitors can even order party platters to go and do their own pairings at home (no judgement). The staff is happy to share their thoughts on the perfect beer and cheese pairing. The tasting room and bar also have a cooler full of various bottled beer, and you can bring your own growler for refills at the bar. Click for various locations and to go 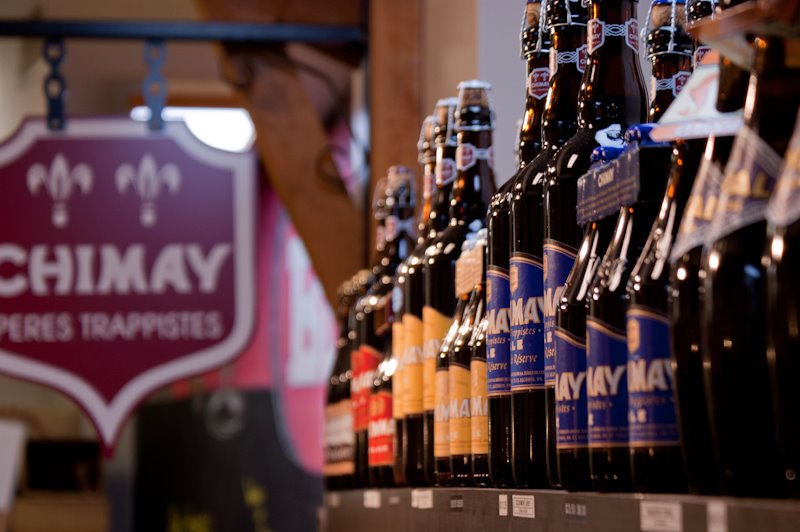 Craft Beer Cellar defines themselves as a craft beer bottle shop with a focus on having the best beer they can get. Co-founders Suzanne Schalow and Kate Baker geek out on beer, aiming to always learn as much as they can about the different styles, what’s new in the industry and which foods to pair with or even cook with. They also have a Crowler station—32oz can growlers. Customers can fill up on fresh brews that change constantly and bring in their own traditional growlers as well. Phone: 617-993-3214 | Address: 24 Main St Click to go

Hoptron Brewtique is a big fan of local American craft brews and aims to ensure craft beer is accessible and approachable to all. They have 16 taps in constant rotation, in addition to nearly 100 beers in bottles and cans. Brews are homegrown from New York to California, Maine to Colorado and everywhere in between. The bar also serves lunch and dinner and hard cider and wine for those not as into beer as the rest of the crowd. Phone: 631-438-0296 | Address: 22 West Main St Click to go

Riverhead Beverage is home to more than 500 craft, domestic and imported brews. Whether you are one person looking for something magical and rare, or need a home or wholesale delivery, these beer guys love to talk about what’s fresh on the tap and great in the bottle. They have seven rotating taps, many of which include local beers from Greenport Harbor Brewing Co., Long Ireland and Montauk Brewing Co. Phone: 631-727-0440  Address: 998 Osborne Ave Click to go 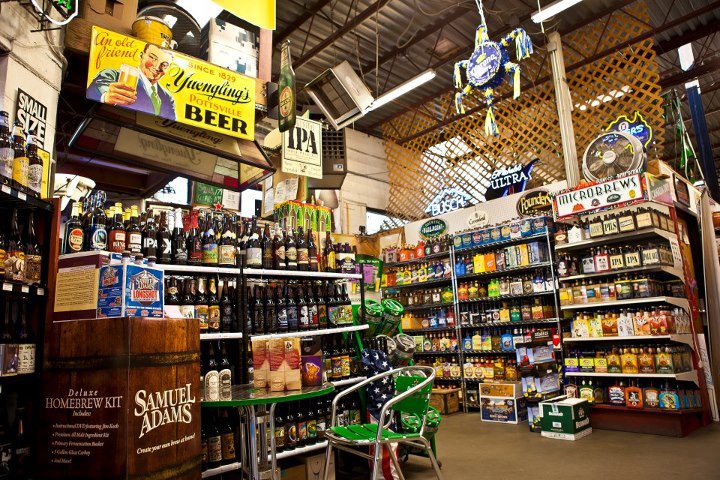 Whether you prefer an easy drinking blonde ale, or you like to take your time with a strong double IPA, the aisles of Syosset Beverage have something for everyone. Its extensive list has brands from A to Z (X is for Xingu Black Lager, in case you were wondering). Get your favorites in bottles, can, growlers and kegs or ask the educated staff for something new to try. Salud! Phone: 516-496-7271 | Address: 600 Jericho Tpke Click to go