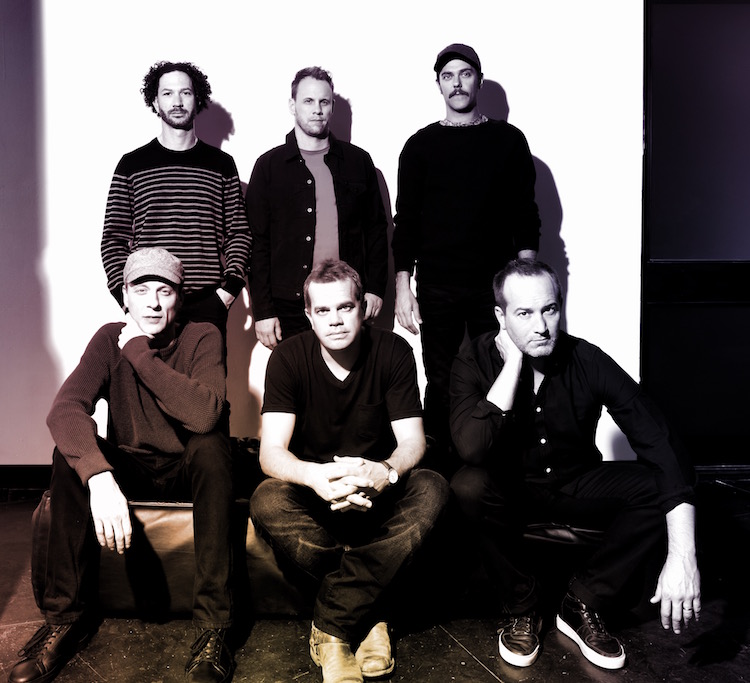 For Umphrey’s McGee, one-dimensional isn’t an option. The group—comprised of guitarist/singer Brendan Bayliss, guitarist/singer Jake Cinninger, keyboardist/singer Joel Cummins, bassist Ryan Stasik, percussionist Andy Farag and drummer/singer Kris Myers—refuses to commit to a single style. That is even more clear on the group’s upcoming album It’s Not Us. Myers spoke with me about the new album and the band’s sound before hitting the stage for three nights from Jan. 19-21 at the Beacon Theatre.

How is It’s Not Us similar to or different from previous Umphrey’s McGee albums?
We’re consistently showing a lot of variety in our music. It’s never really consistent; it’s consistently inconsistent. We always bring this eclectic mix of songs and we always come up with a collection for a record…The things that are different this time around are that we have a couple more specific genres thrown in there that are a little more legitimate. We have sections that are really heavier progressive metal moments…There’s not a lot of that going on so I find that we are kind of sticking out as a distinct band that is able to pull that off.

Songs like “The Silent Type” and “Looks” stand out.
“The Silent Type” is our radio/poppier approach. I don’t think there’s anything wrong with doing that because it shows again the depth and variety and musicality that we can do for a variety of listeners. We try to give everyone different options. And “Looks” is the second song that we released as a single. That one is different from “The Silent Type” because it is not as radio poppy, but it is alternative…We show some real distinctions in both jamming funkier pop stuff and then some heavier moments later on in the album.

Wikipedia lists the band as “rock, progressive rock, jam, math rock, jazz fusion, funk rock.” Which description do you prefer?
I don’t really prefer either or. I like all of it…It’s sort of an opportunity to be able to write songs of those different labels/descriptions…It’s a huge universe out there. Why not have a universal library of songs that accentuate all of those different qualities? I love that.

A few years back, Richard Christy of The Howard Stern Show jammed with the band.
Richard is a cool guy, man. I enjoyed just having fun and going up and singing Metallica while he was playing the song “And Justice for All.” It’s fun playing with people who are in the industry, who are from a different part of the industry, and actually celebrating and enjoying the moment with you…It was like jamming in the garage with your buddies.

What can fans expect at the three-night residency at the Beacon Theatre?
We are going to be once again bringing our attention and performance to a whole other level for the 20th anniversary. We’re looking to see if we can get something a little bit distinct and new out there to everyone. It will be the first big event of the year for us…New York always brings that energy and dedication for us to do our best…And that’s a really nice theater, too. It’s a great start for the year.