Each season of a televised singing competition presents audiences with certain contestants whose musical artistry and dexterity clearly surpasses—in passion, technical mastery and creativity—that of other competitors. Back in 2011, on season 10 of the recently resurrected American Idol, one such contestant was Casey Abrams. The then 19-year-old from California auditioned for the year’s judges—Randy Jackson, Jennifer Lopez, Steven Tyler—first with a harmonica and then with a giant bass.

After finishing in sixth place—country singer Scotty McCreery won that season—Abrams continued on his musical path. He dropped an eponymous debut album co-produced by Jackson in 2012, followed by Tales from the Gingerbread House in 2016. He then went on to tour internationally with Postmodern Jukebox, a collective of musicians and entertainers that counts plenty of Idol alumni as members.

On the heels of the return of the singing competition that propelled him to fame, the now 27-year-old is gearing up for the release of his latest album, Put a Spell on You (Chesky Records), set to drop on March 16. The album, which also includes originals written by Abrams, is the first time he’s recording some of the covers that made him stand out on American Idol, including “Nature Boy” and “Georgia on My Mind.”

While getting ready to tour the country throughout March and April (he is set to perform at the Boulton Center in Bay Shore on March 22), Abrams took some time to chat after taking a seemingly satisfying yoga class. 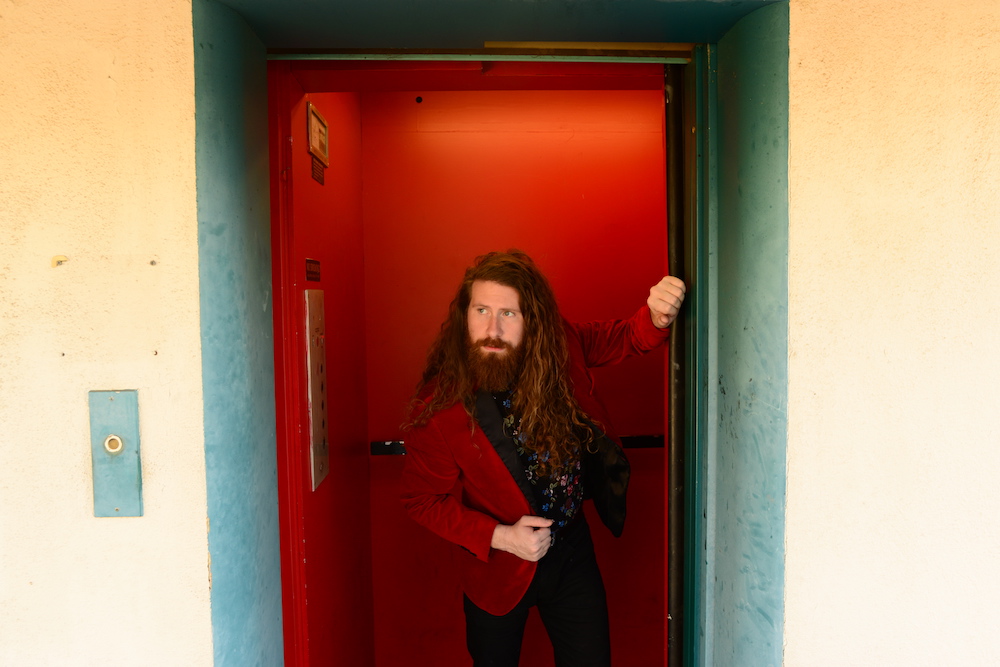 Your new album includes both original music and cover songs. What inspired the work?
I’m glad I got to [record] some originals. As for those covers, I think it’s good because I’ve done them on Idol before and after Idol I didn’t do anything. I just had the moment with Idol and never put out “Georgia on My Mind” or “Nature Boy.” Jack Black once told me: “Man, you’ve got to give the crowd what they want.” I believe in giving the crowd what they want.

What was the most surprising aspect of being on the show?
It was scarier but better [than I thought]. I had the time of my life and everyone on the show was super nice…You’re working for 2 minutes and 30 seconds on the show. You’re devoting your whole day, every week, for two minutes—it’s scary. I had a couple of panicky moments. That being said, [it] was so fun to be on that stage. Ever since then, any stage is great. Stages used to scare me a little bit but now…I can go and perform anywhere and not be embarrassed or shy or scared.

Has your approach to music changed since interacting with a live audience on the show?
I think I was always the same musician. Maybe I got more brave [since the show]. [You] have eight cameras on you at all times and you have three celebrities looking right at you. You have to perform in front of all those people and then some of your family members are there too. All eyes are on you and millions of people are watching you. It’s great, it’s fun, it’s ballsy.

What advice would you give to up-and-coming musicians that are trying to break into the industry?
Whenever you get onstage, be sincere in telling the audience a story. The biggest lie detector in the world is people’s eyes and the camera as well. That’s what a crew member told me on Idol at one point. He [said]: “Sing like you mean it because the camera is a big lie detector and people can read it.” If it doesn’t show through the heart and the soul and the eyes, if you can’t feel that passion, then you’re not listening to music for the right reasons. I don’t want to say the right reasons, but the reasons that I’m not a fan of.