U2, The Clash, Duran Duran, Blondie. Today these bands are rock royalty but once upon a time they were outsiders looking in on American popular music. And they may have never gotten in if not for an unsuspecting Hempstead radio station desperate to make some noise.

Founded in 1959 by John R. Rieger, WLIR (92.7 FM) began as a home to a mix of classical music and Broadway tunes before changing formats in the 1970s to become a progressive rock station. In the early 1980s, program director Denis McNamara decided to change formats once again, this time focusing on New Wave, which was being ignored by most FM stations in the United States. On August 2, 1982 WLIR’s Dare to be Different format was born.

By going rogue, the station defied the record industry and introduced America to artists from across the pond like The Cure and Billy Idol. It was also the first radio station in the country to play U2, The Smiths and New Order.

McNamara’s decision to air the unfamiliar not only influenced the sound of radio nationwide, but would also transform the struggling station into a cultural institution, one that, despite being shut down in 1987 after losing their FCC license, never really died.

Ellen Goldfarb discovered WLIR’s immortality in 2010. As a teenager growing up in Plainview, Goldfarb began listening to 92.7 in the late 70s. Dare to be Different disc jockeys like Malibu Sue and Donna Donna and the music they played helped Goldfarb get through adolescence. “The music really spoke to me,” she explained. “It was important to me and gave me a place to escape.”

Eight years ago, Goldfarb felt like escaping again. She searched for WLIR on Facebook and to her surprise discovered an array of tribute sites dedicated to Dare to be Different.

“When I saw the thousands and thousands of people who were posting about the station I thought there must be a documentary about it. But Google came up with nothing, which shocked me. My next thought was, ‘Ok. Here we go!’”

And go she did—full speed ahead with what would become a 95-minute love letter to the station in the form of the documentary New Wave: Dare to be Different. The film made its debut last April at the Tribeca Film Festival and will premiere on Showtime on March 30.

Originally Goldfarb, an events producer now based in Los Angeles, planned on making a narrative feature about WLIR. But after pitching the story to a few people she realized that what happened to 92.7 was ripe documentary material. “There was so much information and so much great footage that it would have been silly not to make it a doc.” 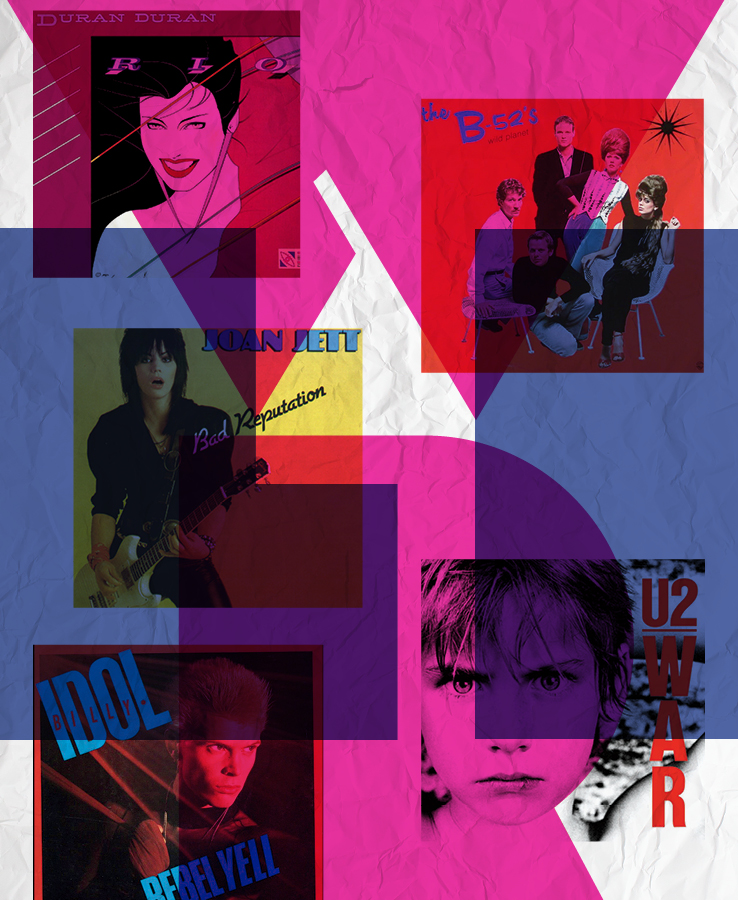 Although she had never made a nonfiction film, didn’t know anyone who had worked at WLIR and lived 3,000 miles away from Long Island, there was no stopping Goldfarb. She found McNamara via Facebook and reached out to him, but the longtime Northport resident was leery about participating in a film about his old stomping ground.

“I was worried because [my tenure] at WLIR was a trying time in my life and I never looked at it as a success,” explained McNamara, who began working at the station in the mid-70s. “Every day getting up and going there knowing that the [FCC] license was in trouble, money was a problem and we couldn’t be sure if everybody would have a job in the next month or a year—that was difficult stuff. We left there with [station owner] Elton Spitzer losing everything.”

Goldfarb’s tenacity paid off as she eventually convinced McNamara to not only participate in the project but also executive produce the film. In addition to interviewing Joan Jett, helping with music rights and locating subjects, McNamara also fact checked the movie. “I was really glad that they gave me the opportunity to make sure everything was honest and accurate and realistic. There’s a lot of footage and bands involved, so it would have been easy to make a mistake.”

Once McNamara was on board, Goldfarb was able to garner interviews with rock ‘n’ roll legends including Billy Idol, Duran Duran’s Nick Rhodes, Depeche Mode’s Vince Clarke, U2’s former manager Paul McGuinness and Twisted Sister’s John French, who described McNamara as “the Walter Cronkite of rock” in the film.

The director traveled to England, New York, Las Vegas and North Carolina to conduct interviews, which took years to compile. Each subject pays homage to the station and shares what it meant for McNamara to choose their song to be played on WLIR. “The [FM] music stations in Manhattan were WPLJ and WNEW and neither would play U2,” McGuinness recalled in the film. “They were really quite conservative, so it was really vital for us that WLIR was around.”

The station was the first to play many hit singles including Jett’s “I Love Rock ‘n’ Roll” and Frankie Goes to Hollywood’s “Relax.”

“When we finished the I Love Rock ‘n’ Roll album we went right to the radio station (WLIR),” recounted Kenny Laguna, one of the album’s producers. “And we took the actual master, which is unheard of, and started playing our new album.”

Goldfarb also spent years raising money to make the film. In addition to putting her life savings into the project, she conducted two crowdfunding campaigns that helped pay for, among other things, costly music rights.

With more than 400 hours of footage and plenty of storylines to contend with, it took two years to edit the film down to 95 minutes. “It definitely got a little crazy trying to figure out the story because there were so many mini stories,” Goldfarb said. “It was always an argument between my brother [the film’s writer], myself and our editor over what to cut.”

Ultimately the trio came up with a version they could agree on and a film that they think anyone who likes music, not just those who grew up with Dare to be Different, will enjoy.

“WLIR had a huge impact on the music of today,” Goldfarb said. “This film is about an important time in history. A special time. I want to show that special time to other generations.”

McNamara, meanwhile, was able to shed his negative thoughts about his time at WLIR. “With the success of the movie I’ve realized how much the station meant to people. By some we were considered the gatekeepers of New Wave music in America. That was a big thing for me to learn in retrospect.”

Goldfarb considered McNamara’s new outlook the film’s greatest achievement. “He was able to rekindle connections with people and able to find peace around the fact that [the demise of WLIR] wasn’t his fault and that he really touched a lot of people with what he did. He made a difference in this world and now he knows that. To me that’s priceless.”