As the viticulture industry continues to spread its roots across Long Island’s fertile soil and each new craft brewery further saturates an unquenchable market, the third component of the holy alcohol triumvirate has long been overdue for its turn in the spotlight. But creating an industry is no easy task, even if you are selling the nectar of the gods. These three operations, which stretch from Brooklyn to the North Fork, have found unique ways to push spirits to the forefront. 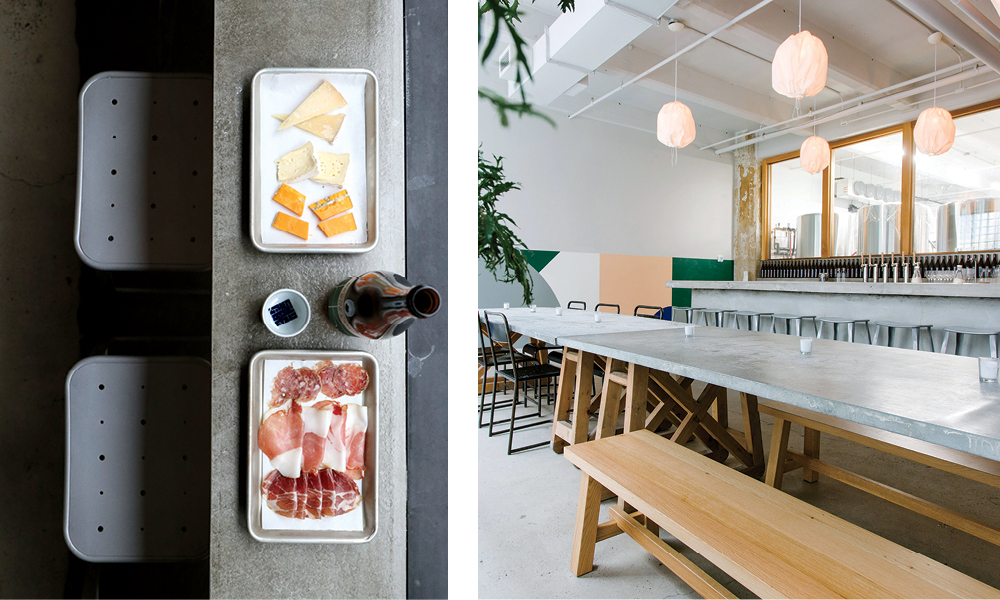 Japan’s heritage drink sake, which is technically beer fermented from rice but containing a substantially higher ABV, has never been met with the same reverence on this side of the world. Long relegated to warm, astringent shots tossed back at sushi restaurants and squirts from toy figurines at hibachi tables, sake’s nuances have gotten lost in America…something Brooklyn Kura founders Brian Polen and Brandon Doughan are seeking to alleviate.

“We make our sake in accordance with the Japanese sake brewing traditions that have evolved over a thousand years [in combination] with American ingredients and being open to experimentation,” Doughan said with pride.

To the duo, “experimentation” means playing with ingredients, water minerality, yeast strains and a litany of other factors that can result in a range of sake types. It also means unexpected crafted variations you’ll be hard-pressed to find outside of Japan. Examples include freshly pressed shiboritate, pre-pressed orizake and actively fermenting moromi—all of which have levels of fermentation that don’t travel well…and all of which are now available in their newly opened taproom in Sunset Park’s Industry City. 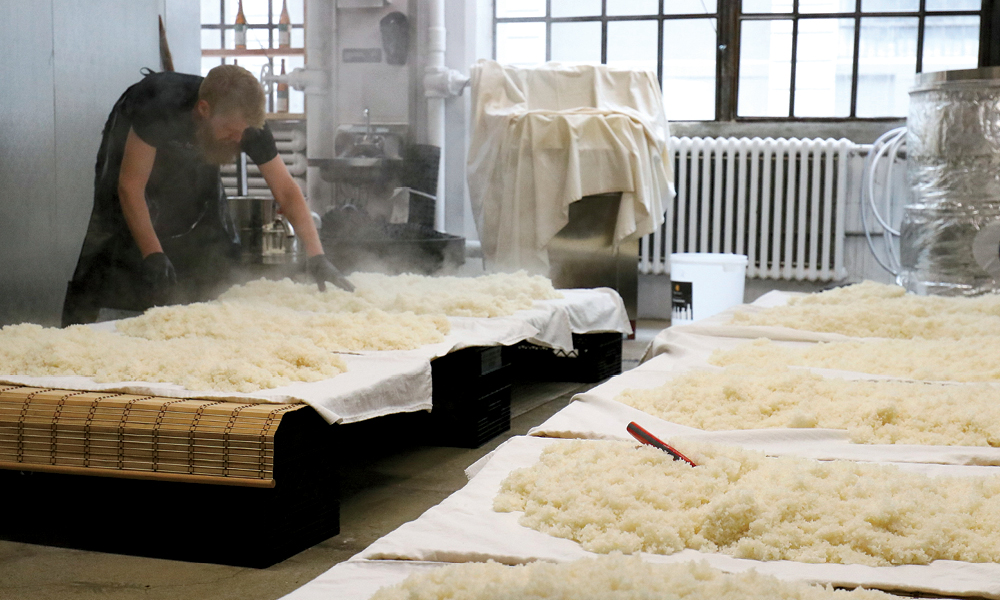 The Brooklyn sake is made with nothing but the four traditional ingredients—rice, koji, water and yeast. image: char-co.com, molly tavoletti

In the meticulously-designed, modern space that brings to mind a comforting amalgam of taprooms and wine bars, tastes of their chilled sake are offered, unconventionally presented in wine glasses, “so guests can best enjoy each variety’s unique colors, aromas and flavors,” Poden explained. “Sake is a beverage that should be savored slowly, and the taste experience is completely different dependent on temperature.”

Polen and Doughan didn’t become experts on all those nuances overnight. Learning to pay proper homage to one of Japan’s greatest taste traditions has been a continuous journey for the two.

“We met by chance in 2013 at a mutual friend’s wedding in Japan,” Polen recalled. “We discovered that we shared an interest in high-quality sake and explored the country’s breweries together. Surprised by the range and quality of sake—there are more than 10,000 hyper-local sakes across Japan—we wondered why more people hadn’t started brewing sake in the U.S. After diving into our sake education through courses and apprenticeships, the idea of opening our own brewery was born.”

“We began experimenting with sake in our homes. Surprised and pleased with the high-quality sake our homebrewing experiments yielded over time, we rented space in a food innovation hub in Bushwick,” Doughan said. After this success, they opened their own production facilities and taproom, where guests are thrilled to get a peek at tanks of sake mash as they sip the fruits of that labor.

“Our ultimate goal is to create the best sake we can while introducing our consumers to a breadth of styles and variations,” Polen stated. “We are constantly evolving and testing new variations—there’s always something new at the taproom!” 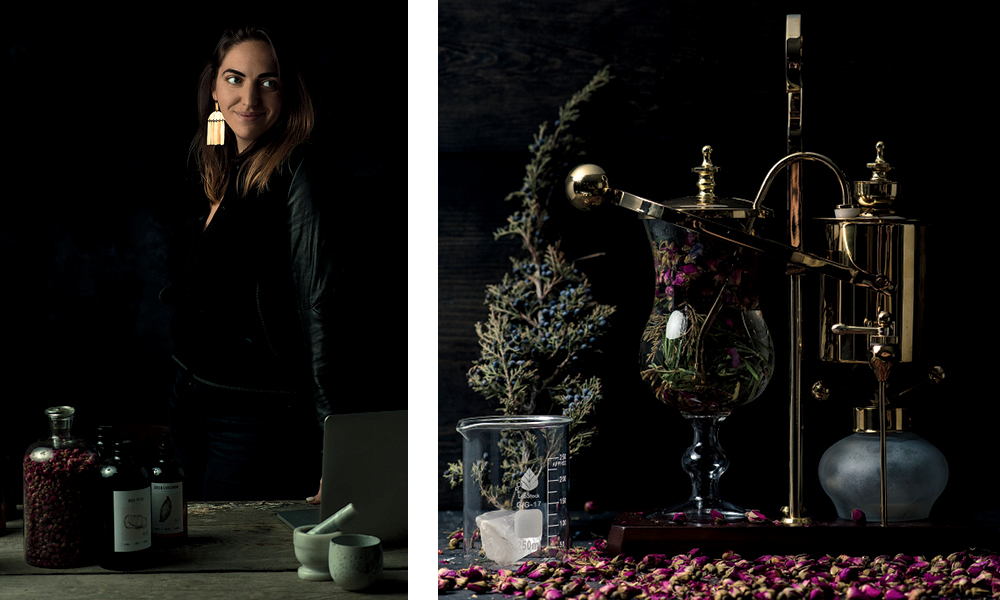 The ethereal allure of craft distilling is hypnotizing, but make no mistake, the distilling game is a tough one to break into. The chemistry and biology in developing recipes and producing craft spirits requires a serious education that can be limiting for people who want to launch their own brand. But what if you had experts help you concoct a unique spirit? This is the business model of Greenport’s Matchbook Distilling Co., whose founder aims to take bespoke distilling from farm-to-flask in a meaningful way.

Leslie Merinoff’s first taste of the business came when she visited The Noble Experiment, a small rum distillery in Brooklyn. “I loved her and I loved her story,” Merinoff said of its founder Bridget Firtle. “I decided I was going to open a distillery. But then I tried her liquid and it was so incredible. I decided I had to come work for her.” The Noble Experiment grew to the point where Merinoff could leave to begin her own venture on Long Island.

Crediting the rolling back of once strict state distilling regulations, Merinoff, who co-founded the distillery service with her husband Brian Kwasnieski, said her company is lowering the bar and creating a good route to market for craft distilleries. “You have all of these people who have never made spirits before jumping in and focusing on what’s important to them in making spirits. It’s super awesome.” 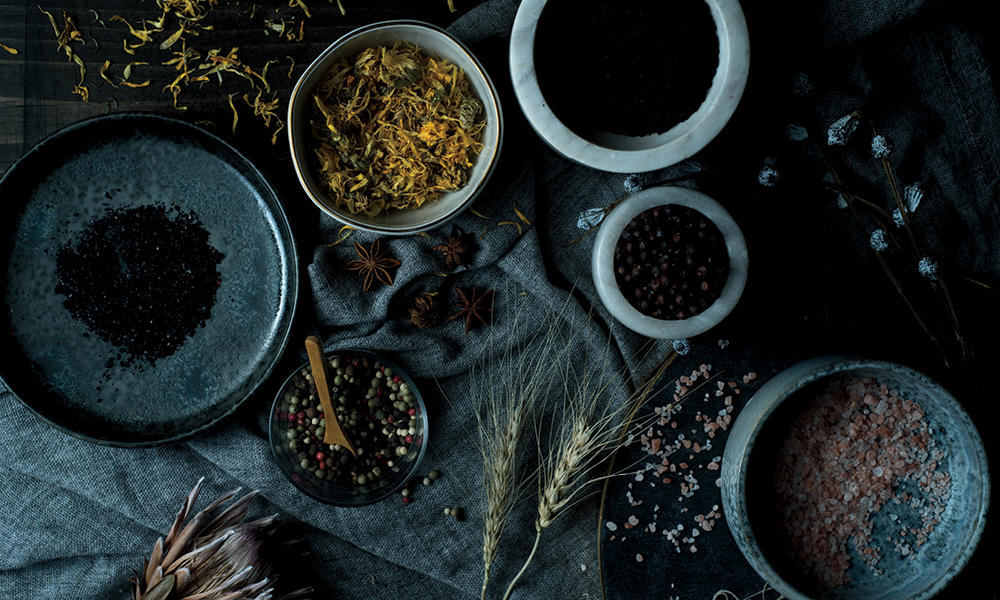 Merinoff said Matchbook develops a comprehensive overview of the process shaped around what interests individual customers. Flavor profiles are determined and ingredients are sourced from New York State farms to match. Clients then work with the distillers throughout production while learning the process themselves, affording them the opportunity to one day open their own distillery if so desired.

Chief of science and distilling Matt Spinozzi and head of production and development Dean Babiar, who is also head winemaker at Jamesport Vineyards, develop the liquid Matchbook creates for clients, ranging from bars and restaurants to individual collectors and enthusiasts to farmers who have extra raw product they’d like to turn into something. After all, distilling is an art that further shapes the versatility of farms and producers, which are plentiful out East.

Matchbook’s relationship with farmers is important to its sustainability—being able to compensate them to grow what they want, the way they want it. Borrowing from the wine industry, Merinoff said different projects will vary from year to year, highlighting the season’s unique agriculture. Currently they are producing an empire-style rye with rye from The Farm Beyond and distilling a wine from Macari Vineyards, both on the North Fork. “Our core value system is really important to who we are,” Merinoff explained. “We prioritize the agriculture, science, tradition and anthropology in spirits. We will never do anything that involves any sort of artificial ingredients or flavoring. We try to be organic whenever possible.”

Luxury by the Ounce 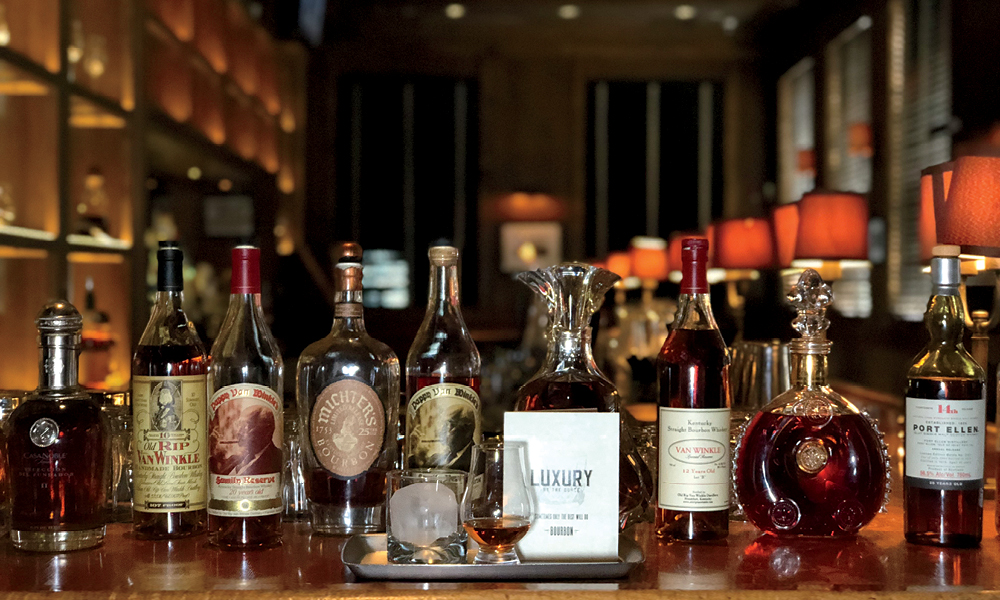 Luxury is a word that speaks of opulence, lavishness and other immeasurable quantities of extravagant hedonism. But don’t all these characteristics fall under the umbrella of exclusivity? After all, if it’s available in excess, how cloud nine-luxurious could it be? It’s with this in mind that Tellers: An American Chophouse comes back to the root of the concept of old-fashioned luxury.

Most of Long Island is familiar with the stately Islip steakhouse; its crackling fireplace at the vintage-feeling bar brings to mind executive smoking rooms while its starched-shirt servers push carts of sizzling steaks beneath soaring ceilings. It’s the epitome of classic elegance—a feeling general manager Frank Ferraro and head bartender John Nicoletti sought to highlight with Tellers’ new Luxury by the Ounce program.

The gorgeous Gold Bar “reminded me of a time when brown spirits were king, which they are becoming again,” Ferraro noted. “Nothing says ‘steakhouse’ like a fine whiskey. With that in mind I started to build our selection and was struck with the idea of sourcing high-end and hard-to-find spirits while making it as accessible as possible and easier on people’s wallets.”

And so the program was born: small tastes to savor by the sip. Through LBTO guests can “try something they might not have the chance to try, ever,” Nicoletti said. Instead of saving up or pooling money with friends to purchase a whole bottle, Tellers is making the investment in spirits that may cost thousands of dollars each. 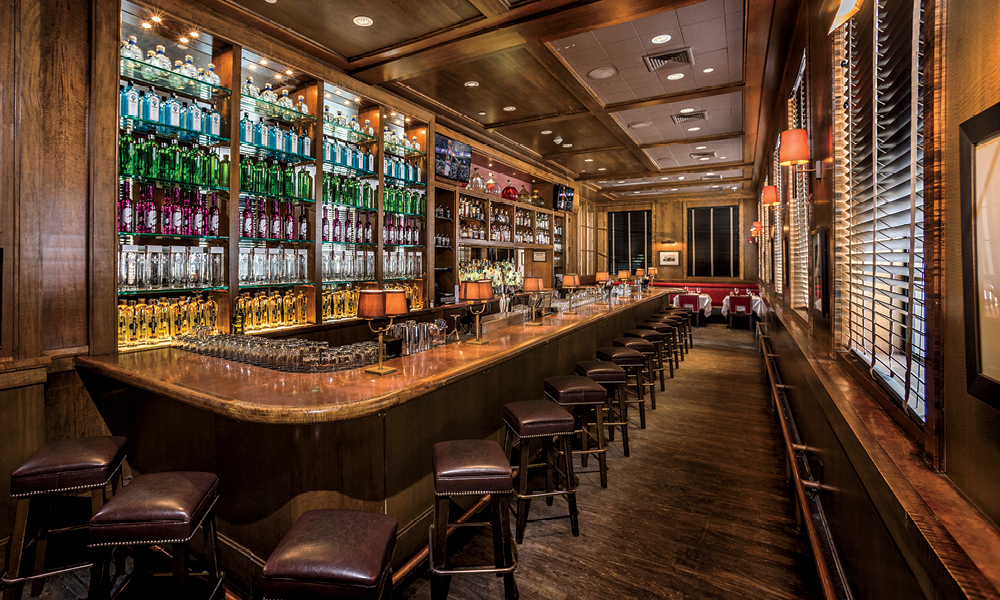 Tellers’ Gold Bar is the epitome of Old-World luxury and as such, was the inspiration for Luxury by the Ounce. image: jim lennon

The range of what’s offered runs the gamut. Those dipping a toe into the caramel pond of whiskey might want to try a 17-year-old scotch from Teaninich for $27 an ounce. Ferraro is particularly fond of the 25-year-old Michter’s bourbon, one of only 360 bottles ever made. Those looking for extraordinary should indulge in a $149 ounce pour of the 35-year-old Port Ellen scotch, the duo unanimously agreed, unprompted. “It’s the distillery’s fourteenth overall release and one of the most sought-after scotches in the entire world,” Nicoletti raved. “This distillery does not exist any longer. Once it’s gone, it’s gone forever.”

Another rare whiskey aficionados will perk up for is the Pappy Van Winkle, what Ferraro dubbed “the Holy Grail of bourbon.” Nicoletti has the same reverence for it. “When I was younger in this business, I heard the folklore about Pappy Van Winkle, and now every single day, I get to stare at that bottle. It’s one of the thousand reasons I love my job!”

Although LBTO began with whiskey, it doesn’t stop with it. “We have fantastic gin, some incredible rums, beautiful cognacs and some really great tequilas,” Ferraro said. “We have many that are more cost-friendly and some cognacs that sell for over $150 per ounce.”

“The portfolio features something for everyone,” Nicoletti agreed. “In all, we are offering some of the most rare, amazing spirits in the world as an entire collection.”